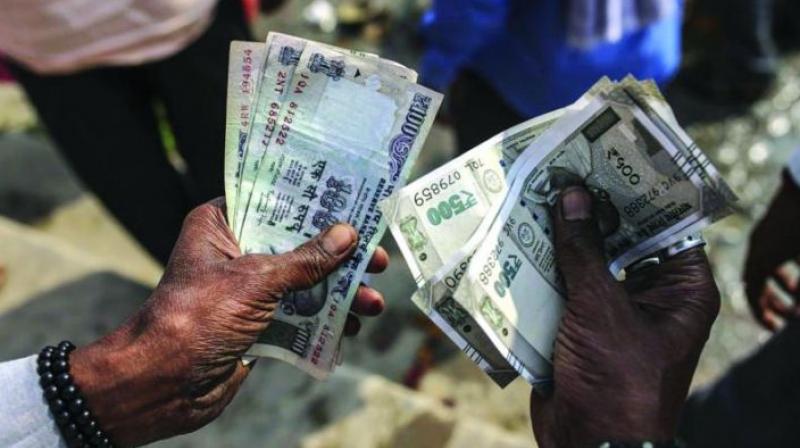 According to the RBI, private spending has taken a hit particularly for transport services, hospitality, recreation and cultural activities. (PTI Photo)

Ever since the coronavirus pandemic broke out in India, there have been two board suggestions to deal with its economic fallout — one, the government should increase its spending to keep demand alive, and two, a highly indebted government should merely remain a facilitator and let the demand improve gradually. The Narendra Modi government chose the second option and announced debt-based initiatives to provide immediate succour to people.

Economists like Raghuram Rajan and others have suggested the government to open its purse strings to support the demand. Similarly, this newspaper too had argued for immediate cash support to people. An official report released by the Reserve Bank of India on Tuesday lends its weight to the argument for the creation of demand by the government spending as private non-discretionary expenditure has all but collapsed.

According to the RBI, private spending has taken a hit particularly for transport services, hospitality, recreation and cultural activities. Behavioural restraints, the central bank claims, may prevent the normalisation of demand for these activities. Since these sectors contribute in a big way to the job creation, a contraction in private spending in these activities would deprive livelihood of lakhs of people which, in turn, would impact the overall consumption and demand in the country.

While noting that rural demand has fared better, the RBI has attributed it to the government’s initiatives like Pradhan Mantri Garib Kalyan Rojgar Abhiyaan which helps in generating employment in rural areas, and increased wages under the Mahatma Gandhi National Rural Employment Guarantee Act (MGNREGA). A similar protective cover, however, was absent for the poor in urban areas, which have been affected the most, both by coronavirus and its economic fallout.

The RBI report also highlighted that a cut in corporate tax announced by the government in September 2019 has also failed to serve its stated purpose. The saving in corporate tax, the central bank said, was utilised by the companies to service debt and build up cash balances rather than restart the capital expenditure cycle. This fear was expressed by many who suggested a cut in income tax instead of corporate tax to address the economic slowdown last year. The government, however, turned a deaf ear to their suggestions. The statements in the RBI report have now come as a vindication for them.

To raise money for crucial public investment, the RBI suggested sale of government assets in steel, coal, power, land, railways and major ports. However, the government’s intent to privatise state-run non-strategic enterprises has remained only on paper for various reasons. We must recall that the Jawaharlal Nehru government had entered into business to set up mega-industries because the private sector of the day lacked the wherewithal to fund such projects. Apart from her political motives, Prime Minister Indira Gandhi had nationalised banks to provide institutional credit to the poor — a purpose already served. Now it is high time the government reorients its thinking and becomes a catalyst for economic growth 3.0.