The idea of democracy is devalued by the thought of interference in polls, that are all about freedom of choice. 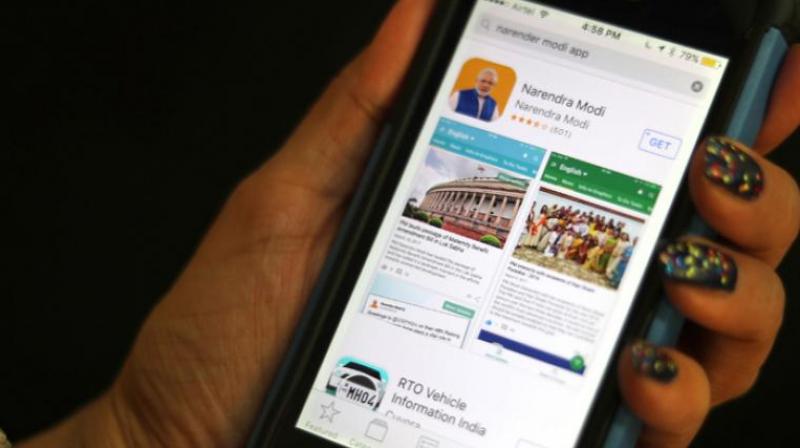 Among the charges aired a crucial one is on the NaMo app’s ownership: it is neither a government nor party app but is said to belong to the Prime Minister personally. (Photo: AP)

The Congress and BJP have been going hammer and tongs at each other about data harvesting from the apps they run. It appears that the parties have a lot to answer for over allegations that the personal data of those who sign on are shared with third parties, used for analytics or to target the audience for psychological profiling with an eye on manipulating their choice as voters. Recent revelations on fears that a third country may have influenced the vote in America’s 2016 elections have led to a psychosis over data breaches and privacy concerns. Curiously, while the Congress deleted its official app “WithINC” from the Google Playstore as soon as misgivings over party apps became public, the BJP changed its disclosure on the use of subscribers’ data. Cybersecurity experts say there are problems with the apps of both parties.

Among the charges aired a crucial one is on the NaMo app’s ownership: it is neither a government nor party app but is said to belong to the Prime Minister personally. The issue of who owns the subscriber data is important, so too third parties abroad being given access to data for analytical purposes. While no law is breached over individual ownership, what happens when an investigation is to be done into data use or misuse. On the same count, the geographical positioning of the Congress’ server raises the issue of whether investigation would be difficult as it is located in Singapore. Again, the geographical positioning of servers is subject to technical convenience, and it’s not illegal to use a server from anywhere in the world. But it’s clear both parties have acted in a cavalier manner in taking their app subscribers for granted while choosing to run the apps any way they wish, without any understanding of the issues and consequences.

The calamity of the information age is such the toxicity of data increases much faster than its benefits. This is becoming apparent every day, with many countries just waking up to data privacy issues and the misuse of much of the information widely available in the new ecosystem of Internet-driven social media and services. The apps of political parties are particularly germane to the issue of data privacy due to fears of manipulating voters, who previously were accustomed to making their own choice of party or candidate. While political parties have always tried to influence voters, the psychological profiling and manipulative management of choices takes modern elections into imponderable territory, with morality and ethicality concerns. The idea of democracy is devalued by the thought of interference in polls, that are all about freedom of choice. It’s high time that India redefined its data privacy laws while framing guidelines for political parties which are into inviting subscribers to their apps and websites.