The BJP has now decided to, and quite rightly perhaps, to treat each of these six elusive states on distinct merit, especially the South 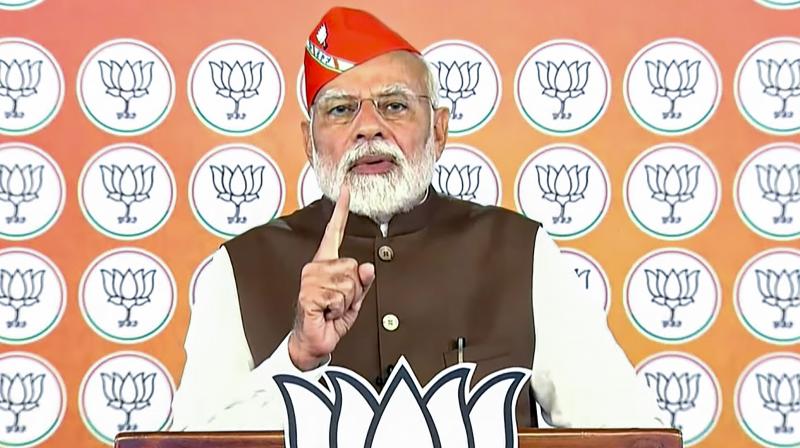 Prime Minister Narendra Modi, also the biggest brand ambassador, icon and salesman for the ruling Bharatiya Janata Party, raised hopes amongst the diehard fans of the saffron party with a whirlwind tour of the two southern states of Telangana and Tamil Nadu. The South and East of India have proven elusive for the BJP, which won significantly in the Northeast in recent times, the other regions of India — North, West and Centre — being their dominant belt now.

Without doubt, while opposition exists for the BJP across the country, the BJP has not been able to crack an easy route to power in eastern states like West Bengal or Odisha, and the southern slice of Andhra Pradesh, Tamil Nadu, Telangana and Kerala. For too long, the BJP has believed that after coming to Karnataka, it would be accepted easily over a period of time in the other states of the South too, but that has been a pipedream.

The BJP has now decided to, and quite rightly perhaps, to treat each of these six elusive states on distinct merit, especially the South. And the saffron party has identified Telangana as the second best option for it to breach the southern wall.

There are several reasons, some of them historic, on why Telangana is a good bet for the party; it was the first national party that espoused and supported the cause of a separate Telangana and had passed a resolution to strive to achieve it long before the Telangana Rashtra Samithi was even born.

It was the need to create and successfully run a full-term non-Congress government led by Atal Behari Vajpayee, and their dependence on allies, especially the Telugu Desam led by Nara Chandrababu Naidu, that killed the party’s explicit and hungry support for a separate Telangana, leaving any scope for strengthening itself there moot.

The BJP has sensed that there is abundant anti-incumbency against the K. Chandrashekar Rao-led TRS government, into its second term, and their new leadership in the state, with Bandi Sanjay Kumar as its new face, getting adequate traction to go for broke. This led to the BJP ending an informal but cosy friendship with the TRS and pushing KCR into the anti-BJP firmament.

In Tamil Nadu, the party has suffered and failed to grow because it is perceived as both a Hindu as well as a Hindi party. Mr Modi, on his recent visit, launched a slew of development projects, and projected a picture of perfect federalism at work, with chief minister M.K. Stalin on his side. Narendra Modi spoke of the “eternal language” that is Tamil, paying tribute to one of the oldest languages in the world and the cultural sovereignty and pride of its people.

In Telangana, Mr Modi played to a more direct script, promising the party enthusiasts that people would soon elect a BJP state government, giving the party its second bastion in the South.

There are several reasons why the BJP is weak in the South and finds the regional parties very hard to defeat, but the Prime Minister’s quick tour of the two states of Tamil Nadu and Telangana has given the party much hope.