Do all of India’s PMs even deserve a dedicated museum is a question that won’t elude many. 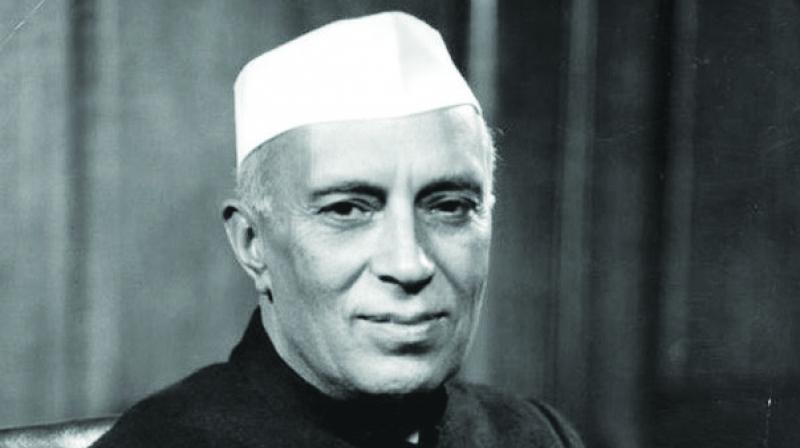 Jawaharlal Nehru was a towering intellectual with a poetic bent of mind whose numerous books and other writings stirred generations of Indians.

The serene surroundings of New Delhi’s Nehru Memorial Museum and Library, which offers a rich library and research resources of the highest calibre to top scholars as well as beginners in historical research of the colonial era and India’s freedom movement, are soon likely to be a thing of the past.

If the government succeeds in its aims, the grounds at Teen Murti House will become something of a memorial slum, housing “museums” to all the Prime Ministers who came after the man whose untiring efforts and temperament helped plant the tree of modern liberal democracy in this country, an outcome that was by no means guaranteed at the end of the anti-colonial struggle.

This shoddy decision was taken under the chairmanship of Union home minister Rajnath Singh on Thursday at the NMML’s annual meeting. It is unlikely that such brazenness would have emerged without clear instructions from the highest level.

The unique character of the Nehru Memorial — its great library and other facilities that combine with an external environment of calm and reflection, as at a great university — has long been in the gunsights of the present establishment, which appears to have an allergy to the Nehru name and to his ideology, politics as well as his elevating principles.

Do all of India’s PMs even deserve a dedicated museum is a question that won’t elude many. In the 70 years since Independence, this is the first time such a scheme has been conceived. If a mechanical parallel were to be drawn, Washington DC’s Lincoln Memorial would no longer be dedicated to the American President who championed the cause of abolishing slavery but would house commemorative material for all former US Presidents. What a crass idea that would be. It will take away from Lincoln’s uniqueness and his hallowed memory — not only for the American people but all citizens of the world.

Jawaharlal Nehru was a towering intellectual with a poetic bent of mind whose numerous books and other writings stirred generations of Indians. He was an exemplar of democratic values and political aesthetics of the most exalted kind which he transmitted to the country through his passionate attachment to parliamentary practices, which he helped deepen through personal example.

Nehru stood out for espousing non-chauvinistic patriotism, and spent more time in British jails than Mahatma Gandhi. In every sense of the word, he “strode the world like a gentle colossus”. He is the person the government wishes to dislodge; it’s his memory that’s sought to be smudged and whittled. This is, in a sense, causing injury to the memory of our freedom movement and its supreme flag-bearers. A good Hindu might utter at a time like this: “Hey Ram!”