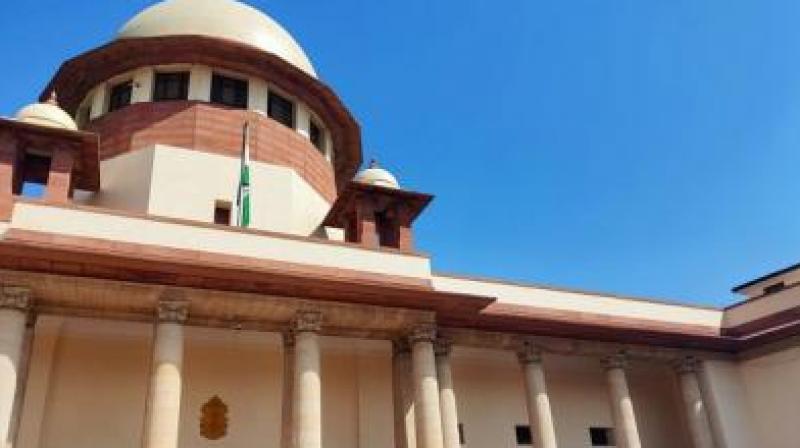 It was blindingly obvious that there should be no distinction between married and unmarried women when it comes to having an abortion any time up to 24 weeks of pregnancy. A woman’s body is her own and she has a fundamental right to decide on everything concerning it. And yet, for 51 years, unmarried women, who had crossed 20 weeks in pregnancy, have been forced to seek unsafe abortions in India, a country that has been losing just over 2,000 lives every year to a leading cause of fatalities particular to women.

In a path-breaking judgment on the issue, the Supreme Court has made the liberation of women a reality in every sense of the word. The court also dared to question the Indian Penal Code’s marital rape exception under Section 375. In stating that sexual assault by a man of his wife can be considered as “rape” under the Medical Termination of Pregnancy Act, the court has opened an avenue for progressive legislative and/or judicial action.

This shift to enable married women also to be classified as survivors of sexual assault when it comes to seeking an abortion is a revolutionary reform. “The institution of marriage does not influence the answer to the question of whether a woman has consented to sexual relations,” is a significant pointer to revolutionary thinking. The recognition that “intimate partner violence” can be a reality is a bold gesture that should open a debate.

A narrow patriarchal interpretation on what constitutes permissible sex has also been removed as the court ventured beyond the issue of pregnancies and on to the cause and effect in determining that sex is the choice of an individual.  The abortion ruling goes well beyond religion and other impediments like single women not being allowed to seek abortion after 20 weeks. It upholds the choice of women, single or married, as well as transmen (biological women who identify as men) and minors. This is historic as a woman, a girl, too, may seek an abortion in pregnancies up to 24 weeks even without consent from her family.

The sweep of the judgment is truly remarkable as the right to access a safe and legal abortion at the hands of licensed medical practitioners is total, even to the extent of protecting minors, as the identity of a minor, who may have become pregnant after “consensual sex”, need not be disclosed by the doctor to the police or any other authority. The stigma of pregnancy in minors had to go.

India had had the foresight to make the vote universal from the inception of the republic but nearly half its citizens did not enjoy the same rights as men in many fields. Abortions became legal only in 1971 but the act of termination of pregnancies was so riddled with sociological complications that unsafe abortions became an industry in itself, leading to needless loss of lives.

Abortion rights are contentious across the world, even in a so-called evolved country like the United States after the recent overturning of the Roe versus Wade judgment which had established a constitutional right to abortion. The Indian Supreme Court has shone light on a path of emancipation towards establishing women’s rights in totality though work remains to be done in formalising the leads given by a right-thinking bench of judges.