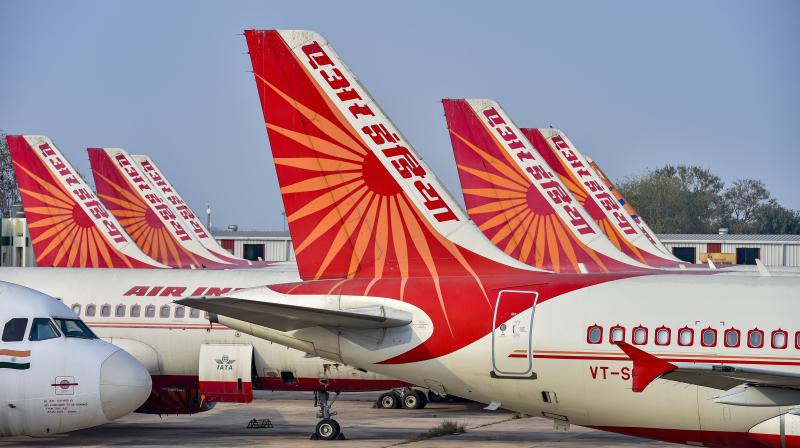 Air India, with Singapore Airlines as a 25.1 per cent partner, will be holding all the controls in the cockpit when the sky’s the limit as civil aviation further evolves into a more widespread, customer-oriented service. (Representational Image)

The merger of Vistara and Air India is good news for Air India. It may take a while for it to turn out to be good for the average Indian flier as the merger, by 2024, promises to make Air India a bigger entity as the country’s second biggest domestic carrier behind IndiGo. The airline, run down for decades by government mismanagement in the era of open skies and competition from budget carriers, needs time to recover its earlier rating as a prestigious international carrier with an enigmatic Maharajah as its mascot.

The synergy will bring an infusion of funds for operations but, more importantly, make Air India capable of renewing its ageing fleet with sleek new wide-bodied aircraft even as it seeks to correct the operational faults of an earlier era when it lost ground rapidly. A second round of potential consolidation after the ill-advised previous one of merging Indian Airlines and Air India might offer the airline limitless opportunities in the coming decades.

Indian aviation is bound to grow exponentially with a greater proportion of the population gaining affordability. Airline manufacturers are predicting that India will see the biggest market growth globally well into 2040. Indian carriers ferried four lakh passengers per day in the last few days, a figure near enough to pre-pandemic heights.

Air India, with Singapore Airlines as a 25.1 per cent partner, will be holding all the controls in the cockpit when the sky’s the limit as civil aviation further evolves into a more widespread, customer-oriented service. The operating synergies of an expanded airline will benefit Air India under the management of the 154-year-old Tata Group, which could smoothen the fulfilment of forbiddingly heavy regulations that India is famous for.

There is plenty of potential for growth in Air India’s once lucrative global routes and airport landing slots. As post-pandemic air traffic picks up along with the economy post-pandemic, there is no reason it cannot become the airline of choice again for regular fliers as well as millions of new ones who will see the obvious advantages of flying.

AA Edit | Let Opp. use Parliament as debate platform, not stall it

Patralekha Chatterjee | Drug regulators in India must do better oversight