The policy is a grand vision document indeed, but the devil lies in the detail of implementation 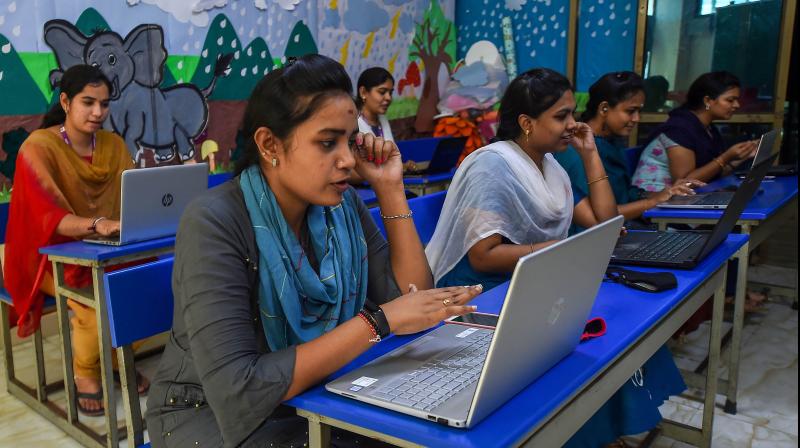 On the face of it, there is a lot to cheer about the new education policy. Coming as it is after a long wait of 34 years, it proposes to introduce multidisciplinarity to courses, expanding their depth and scope, open the door to vocational training and options for earning livelihood by allowing students to step away from higher education and return when they can and bring much-needed relief to them from the pressures of the perform-or-perish Boards. These are commendable goals.

However, read the fine print, and come away sceptical.

The policy is a grand vision document indeed, but the devil lies in the detail of implementation. For this, the outlook is not hopeful.

Take the proposal regarding autonomy of institutions. The policy announces all higher education institutions are to become autonomous self-governing entities.

But the record of the government in charge of implementing this recommendation repeatedly shows its supporters infiltrating boards and administrative bodies.

According to the new policy, there will be a single regulator for higher education, the proposed Higher Education Commission of India, which will replace bodies such as the UGC and AICTE.

This new body, as envisaged in the 2018 bill to form it, is to decide accreditation, grant of autonomy and appointment of vice-chancellors to universities, but it will be, in turn, bound by the guidance of an advisory body headed by the education minister.

So once the policy is implemented, expect greater centralisation and commercialisation of education via indiscriminate entry of private parties.

Next, the policy announces that the government’s spends on education will be raised to six per cent of the GDP.

As over the past six years of the rule of the Narendra Modi government, this figure has consistently fallen, that inspires little trust.

The language policy for primary schools is the elephant in the room. It has been proposed that English as a medium of instruction be dropped in these schools.

This is even as the government has set, putatively, multilingualism as one of the cornerstones of its new learning strategy.

But consider: What if the regional language where the school is located is different from the student’s mother tongue? Will they be then taught in their mother tongue or the regional language? What if the student’s mother speaks one language and the father a different language, in the case of children from mixed marriages? What if the parents have transferable jobs? How will they be expected to have a good learning outcome if they keep switching languages?

In addition to these practical impediments, consider the fact that in a country as diverse and mobile as India, it is still English, not Hindi, that serves as a universal business language.

To rob a child of their prospects of becoming a natural (as distinct from native) English speaker under these circumstances is to professionally and economically disempower them.

It is all very well to bring in the study of Sanskrit and foreign languages at all levels, but at what cost? Already, there is opposition to the teaching of Arabic in Kerala from Hindutva elements.

It all points to the fact that this move has the blessings not only of the Cabinet but also the RSS. The government’s ideological mentor has stated that 80 per cent of its suggestions were incorporated in the policy; thus, for it, this has been just the start it was looking for in this arena.

Or else, what was the compelling reason behind steamrolling the blueprint in a pandemic year, at a time when schools and universities are nonoperational, bypassing parliament and not taking into confidence the governments of the Union Territories and the states?