‘Pak’s nuke talk is loose talk, but cannot rule out a limited war’

National security is not just defence; it is all other departments put together, says VP Malik. 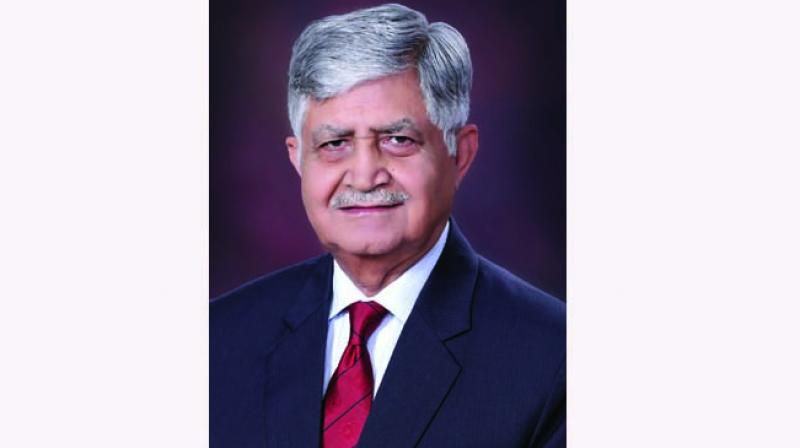 Former Indian Army chief General V. P. Malik (right) speaks on plans of creation of the post of Chief of Defence Staff, no-first-use nuclear doctrine and whether there is a possibility of a limited war with Pakistan. He spoke to Pawan Bali.

Prime Minister Narendra Modi has announced the creation of the post of Chief of Defence Staff (CDS). How do you look at this?
There has been a demand for it by the strategic community for a very long time. I would say even the political leadership one time had also agreed to it  when the Group of Ministers’ report was filed after the Kargil war. So I am glad that the PM has accepted this and we will soon have a CDS. I must also say that today all democratic countries in the world the same size as India or even a bit smaller have CDS. A CDS will bring greater synergy to policymaking. We will be able to fight better. It will also be cost-effective compared to what we have today. Now we should no longer be fighting an Army war, a Navy war or an Air Force war. We have to work together not only at the top level but also on the lower levels.

Would you then suggest a calibrated approach be adopted, first have a permanent chairman of the Chiefs of Staff Committee and then go for a full-fledged CDS?
I think so. It will not be possible for us to make all these changes at once. After all, military forces all over the world are very conservative in terms of their thinking. We have to get out of that mode. A calibrated approach is much better. When I went to France as chairman of the chief of staff committee during my tenure and met the  defence minister of France, I was very impressed by the way the CDS there was functioning within a year of the formation of the post. I told him this, and he said, “If you had come a year earlier, you should have seen how they were fighting with each other.”

What will be the position of the National Security Adviser (NSA) vis-a-vis the CDS?
The NSA is involved in long-term strategy-making. At his level he is not only giving military advice, but has to also consider all the various institutions of the Government of India. He has to consider foreign policy, impact on the home side, finance side and also aspects which concern national security.

National security is not just defence; it is all other departments put together. Even a serious disease could affect your national security. Whatever impacts the national security, the NSA is coordinator and advisor on those affairs and the military is one of them. When the military is advising  the defence minister  or the Cabinet Committee on Security, the NSA will be sitting in.  Let me be very clear, the NSA will not be commanding the forces. Forces will be commanded by military personnel, The NSA will only  be making sure that there is proper co-ordination between the rest of the institutions of the Government of India and the military.

Defence minister Rajnath Singh has recently said that in future India’s doctrine of “no first use” of nuclear weapons will depend upon circumstance.
I don’t think there is any need for us to change our nuclear doctrine. But as I always say some of these policies are not written on stone. They depend upon the circumstances of that time. If circumstances require it very strongly, well then, nothing can stop the government from changing it.

Have we called out Pakistan’s nuclear blackmail after the Balakot airstrike?
Pakistan has forever tried to blackmail us, including during the Kargil war. One of the reasons we were not permitted to cross the line of control was this blackmail. The international community was also worried about the whole situation. But now after the surgical strike and the Balakot  strike, you will notice that that threshold  [of provocation for crossing the LoC] has changed. I will say the space between proxy war and nuclear war has increased. I have always said there is space between the nuclear threshold and the proxy war and this gives us opportunity for limited war. The Balakot strike was the part of the space which we used. Pakistan also understands it.

After India revoked Article 370, how do you see things going with Pakistan? Do you see the possibility of a limited war between the two countries?
I will answer you in two parts. One, nuclear war. As far as talk of nuclear war by Pakistani politicians is concerned, it is pretty loose talk. It should not be taken seriously. No reasonable country talks in those terms and by talking like that Pakistan is only damaging its own image in the international community. As far as other actions are concerned, yes, you can’t rule out Pakistan taking some action on the LoC or creating incidents like Pulwama and Uri. Those can’t be ruled out. But I don’t think they will go for anything like the Kargil war because they  don’t have the strength and Pakistan understands that India is economically, technologically and militarily much stronger than itself.

There has been allegation of politicisation of the Armed Forces. How do you see that?
I don’t think that is correct. Soldiers continue to work in the same way at the unit, brigade and division levels and there is no politicisation there. But at the political level, I feel that the  amount of interaction has increased in the last few years. Nothing wrong with that though.  That is the correct thing to happen. I would not put it across as politicisation.