The Shiv Sena’s priority will always be to solve problems faced by farmers, says Eknath Shinde. 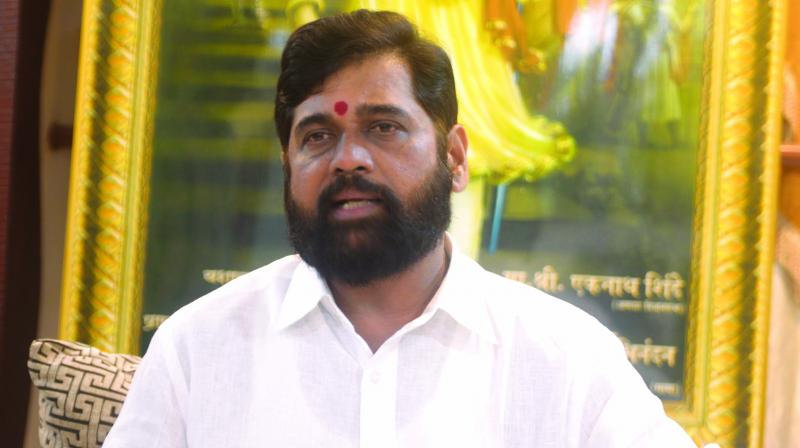 Even after the election results were declared, a new government has not been formed in Maharashtra due to a tug of war between the Shiv Sena and the BJP. Both parties had fought the election as an alliance which got a clear majority by winning 161 seats in the 288-member House, including the BJP’s 105 seats and the Sena’s 56 seats. However, after the results, the Sena has refused to support the BJP government unless it gets 50 per cent of Cabinet berths and the chief minister’s post for two and a half years. While the BJP is refusing to accept the Sena’s demand, the Uddhav Thackeray-led party has declared that it can prove its majority in the House on its own (with Congress and NCP support). As per latest reports, Devendra Fadnavis is likely to be sworn in as the chief minister on Tuesday without waiting for the Sena’s support and will prove his majority on the floor. Shiv Sena leader EKNATH SHINDE, who has been elected as the party’s leader in the state legislature, speaks with BHAGWAN PARAB on issues related to government formation and relations with the BJP.

What is the reason that the BJP and the Shiv Sena have not been able to form the government despite fighting the polls as an alliance and having a clear majority?
We had a meeting with all the newly elected MLAs on Thursday, where all MLAs unanimously decided that our party president Uddhav Thackeray will take the final decision on forming a government with the BJP. He will decide the terms and we will abide by whatever decision he takes on this matter.

It is said that the BJP has given a new formula to the Sena for power sharing. Still, why is there no headway?
We are not aware of any new proposal from the BJP. Uddhavji has already made it clear that the BJP should keep its promise made before the Lok Sabha elections when we agreed to form the alliance. (The Sena claims that the BJP had agreed to a 50-50 power sharing formula, including the CM’s post).

You have again been elected as a leader of the Shiv Sena’s legislative party. How does it feel?
It’s an honour for me that Aaditya Thackeray moved the motion to appoint me as the leader of the legislative party. I also thank party chief Uddhav Thackeray for bestowing his faith in me and I will make honest efforts to come true to his expectations. I will work by taking all our MLAs into confidence to ensure that the prestige of the House is upheld. I will also ensure that people’s problems are raised in the House to give voice to their grievances. We will try to raise issues of farmers, women, students, etc in the House.

If the Shiv Sena decides to form the government, will you be the candidate for the post of chief minister?
I won’t be able to comment on this. In the Shiv Sena, the word of party chief Uddhavji is always final. Whatever directive he gives, we follow it earnestly.

But even before government formation, the Shiv Sena has taken the lead on farmers’ issues and has urged to the governor that wet drought should be announced in the state. What is the party doing to provide relief to people?
The Shiv Sena’s priority will always be to solve problems faced by farmers. Uddhavji has already given directions to all party MLAs that people should be provided immediate aid. A panchnama of the loss suffered by the farmers should be done at the earliest. Whether we are in government or not, we will always stand with the farmers. Even when we were in the government, both Uddhavji and Aadityaji had toured the state widely to understand farmers’ problems and solve them.