The people of Tamil Nadu are opposing the imposition of Hindi but not against it as a language, says Ravikumar. 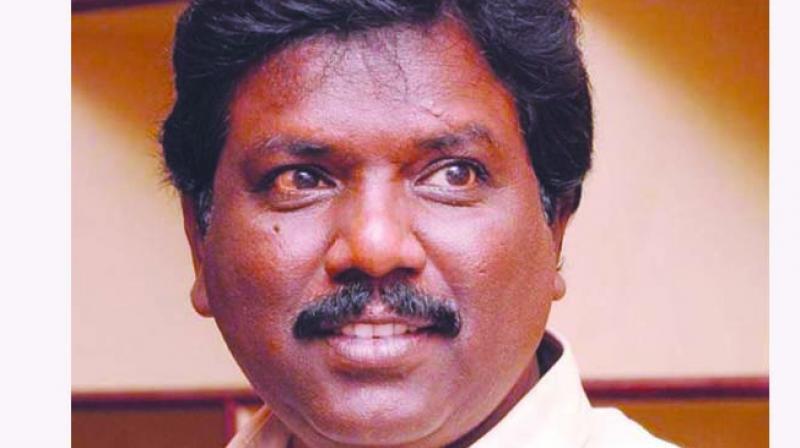 Amidst the outrage of the BJP-led government’s move to introduce Hindi as a third language in non-Hindi speaking states in the draft New Education Policy (NEP), 2019, which was subsequently revoked following protests, DMK alliance partner Viduthalai Chiruthaigal Katchi (VCK) MP from Viluppuram, D. RAVIKUMAR, in an  interview with J.V. SIVA PRASANNA KUMAR, asserts that the instantaneous fury was about the imposition of Hindi but not about learning the language.

The imposition of Hindi has been withheld after protests raged in Tamil Nadu and other states like Karnataka and West Bengal. The Centre has modified the draft National Education Policy (NEP), removing the clause that says Hindi will compulsorily be the third language after the mother-tongue and English in the non-Hindi speaking states. Do you think the issue can now rest and we must focus attention on the other contents of the NEP draft?
I don’t think so. They are still talking about the three-language formula. Tamil Nadu has always followed a two-language formula as we never accepted the three-language policy. So they had to withdraw the compulsory learning of Hindi. But they want to give a choice to students and they are still pursuing their agenda. The danger is very much there. Concentrating on other aspects of the NEP is necessary because we want the Tamil Nadu government to come forward and place their views on the NEP in the public domain. All political parties have a duty to spell out their stand on the NEP. It is an important document because it is going to impact school education and higher education for the coming two or three decades. So every political party has a moral duty to spell out their stand. They should read the entire document. First, the state government should spell out its stand. The danger of the three-language policy is still continuing.

Don’t you think continuing the language agitation even after the NEP draft modification reflects language chauvinism?
There is no need for an agitation but we should remain careful and alert. We should be very cautious in our approach. Continuous monitoring is required.

Does Tamil Nadu want more than being left alone in the new political situation after the polls?
It is not like that. We have our own political stand. Can Telangana, Andhra Pradesh, Kerala and other non-BJP ruled states be ignored? No state can be isolated.

The Tamil Nadu government says it will follow only the traditional two-language policy — that is the study of the mother-tongue Tamil and the link language English. No other language. No three-language formula or policy. Does this not place the Tamils at a disadvantage when seeking higher education or jobs in other parts of India?
No, not like that. Our people and students are everywhere. There are people who study Hindi and seek jobs in Tamil Nadu. People migrate in search of jobs and many from North India come to the South seeking employment. There is no truth in saying that language, especially Hindi, helps in getting a job. Seeking a job and learning a language are two different things. Our students have the greatest advantage of securing a job anywhere in India or across the globe because they study English, and not because they learn Hindi.

You have been an avid campaigner for quality education for students in Tamil Nadu — particularly for poor students who cannot afford education in private institutions and must only go to government schools. Are you satisfied with the steps taken by the school education minister, K. A. Sengottaiyan, in the past few years to upgrade the school syllabus?
He is taking some measures, he is doing good. But that is not enough. There is still more to do. Only, in Tamil Nadu, we prefer to have tenth-plus-two, a plus-three system of education whereas in other states, particularly in Andhra Pradesh, they follow a junior college system of education, which is separate from school education. In our state, we have retained plus-two in school education departments. This is the right time to start junior colleges. We used to have pre-university courses (PUCs), which were part of collegiate education.

You are also a well-known author in the Tamil language. As a literary personality, you must also be keen on knowing the trends and developments in literature/poetry in other languages; besides in having your own works translated into several other languages. Instead of promoting such a healthy environment of sharing the gems of literature of different languages, what good does the war against Hindi or any language do to our young people?
I won’t support any campaign against any language. We are not against any language but are against only the imposition of a language. If you impose a language, it’s wrong. The people of Tamil Nadu are opposing the imposition of Hindi but not against it as a language. Tamil Nadu has the highest number of people learning Hindi among the southern states. We are not chauvinists. We are only against the imposition of a language. Learning languages is an individual’s choice. For instance, tourist guides learn many languages on their own because their profession dictates it.

Language is basically a communication tool — leave alone the literary aspect. That being the case, why deny our children in government schools the advantage of having a third tool in the pocket, apart from Tamil and English, while going out to another state for higher education or employment?
This is what I am insisting. There is no bar on anybody learning any number of languages. If I want to learn Hindi, I will. Now that I have to go to Delhi, I need working knowledge of that language. So I am learning Hindi on my own. I need to know a few words at least. Therefore, for my convenience, I have to learn Hindi. There is no bar against it. Nobody is blasting me for learning Hindi.

Two or three years ago, I joined Hindi classes and couldn’t continue due to paucity of time. In Delhi, if you ask in English, they will reply in Hindi. Learning it is my choice. There is scope for everyone to learn any language. The Hindi Prachar Sabha spends crores to promote Hindi and nobody finds fault with it. Why teach Hindi to all for the sake of a few? Hindi is adequate for people whose mother tongue is Hindi. Moreover, the problem is that people who learn a single language have shortcomings. This is applicable to those learning Hindi alone. They cannot communicate with anyone in any other language. Hence, the government should also teach them English. It is not our problem because we are learning English in addition to Tamil.

How do you react to the charge that the politicians fighting against Hindi are actually practicing dubious politics for short-term selfish gains because some of them are running English-medium schools having Hindi as a subject?
If one runs a CBSE school, then one has to follow the Central syllabus. Not only DMK members, even AIADMK members, if they run such schools, they have to teach Hindi. A small community of students study in CBSE schools. I don’t see any hypocrisy in it because running a school is different. Why do you single out the DMK? AIADMK people too run CBSE schools. I don’t find any contradiction.

Looking at the NEET results, we find students from Tamil Nadu gradually improving in terms of results over the past three years. Many successful students are from rural areas. Should we not focus attention on providing the quality of education to further improve our pass percentages instead of fighting for exemption from NEET? It has been proved that NEET has eradicated the scourge of the capitation fee in private medical colleges and has made it possible for even poor students to gain admissions in such private colleges through NEET.
The issue is not about the quality of education but about the streams of education. Why does the Centre allow different streams in different states? You allow different streams of education — CBSE, ISCE, State Boards but conduct NEET only on the basis of the CBSE syllabus. Allowing students of different streams and conducting NEET in one particular stream of education is against the equality enshrined in the Constitution.