‘It could have been done better... but BJP had put Art. 370 dilution upfront in its manifesto’

The people of Kashmir are bound to feel unhappy and betrayed about this, says Ashwani Kumar. 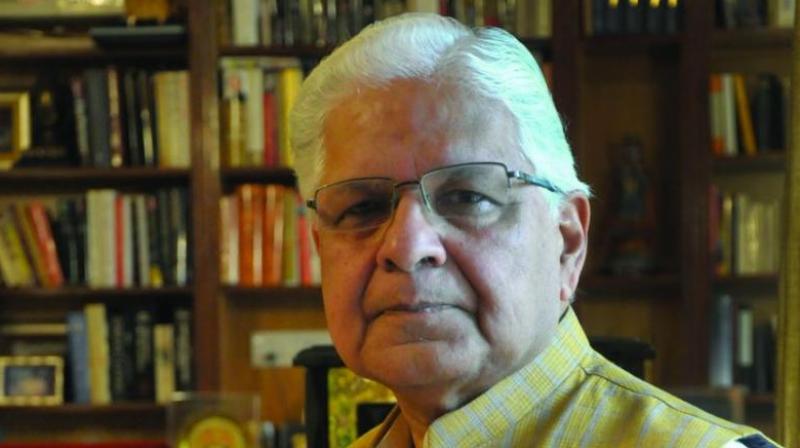 What are your views on the abrogation of Article 370 that has been done by this government?
The government has gone in for an audacious gamble with a view to correcting the injustices of the past as claimed by the BJP. I believe that this decision is today a fait accompli and only history will attest to its ultimate wisdom. It is possible that this may improve the situation in Jammu and Kashmir — it is equally possible that this may further complicate the situation. While it is necessary for us to extend to the people of Jammu and Kashmir all the benefits that are available to citizens in the rest of the country, it is equally true that nations don’t live by bread alone. Nations are defined by the emotions of their people, by the historical, geographical and cultural legacies. In this sense, Article 370 represented an assertion of a distinct identity of the people of Kashmir in their legacy, but this could also lead to the emotional alienation of the people in Kashmir. Hopefully, this may also have a positive impact. However, having said that, the BJP claims that since the status quo has not improved the situation in the Valley and the nation wants to have another experiment with Kashmir being more closely integrated with the rest of the nation as this measure promises to do.

You have been the law minister of the country and a senior advocate. Do you think the abrogation of Article 370 will withstand judicial scrutiny?
There are some people who are questioning the constitutionality of this decision. Quite clearly, there are some aspects of this decision-making process that lend themselves to a constitutional challenge. But my experience as a lawyer and given the ground realities in Kashmir and the rest of the country today compel me to hold the view that this major political decision taken by the government is not likely to be nullified in any legal challenge. The doctrine of necessity can be invoked by the government in aid of its decision. Certainly the diminution of the status of the state of Jammu and Kashmir to that of a Union territory is something that will not go down well with the people of Kashmir, and this is understandable. The Prime Minister’s statement on Thursday assuring the nation that the state of Jammu and Kashmir will soon be restored to its original status of a state is reassuring. I hope the government at the Centre will live up to these assurances. At the same time, I believe people detained in Kashmir — certainly the leaders of the mainstream political parties should be released before long in order to not give an impression that the state is operating in an oppressive manner.

Do you support the abrogation? There are different voices coming out of the Congress even the Congress Working Committee (CWC) gave a statement?
There is no doubt that the overwhelming public opinion in the country leans in favour of the decision of the government. As I said, there are two aspects of the matter. I have indicated both the perspectives above. I personally think that in moments such as this, on such decisions, our objection can be limited to the manner in which this has been done.

Several leaders of your party have come out in support of the decision of the government, while your leaders on the floor of the House have criticised the government. Do you think that the Congress should first have sorted out its internal divisions first?
I believe that the Congress was taken by surprise. There wasn’t enough time for consultations, but certainly for the future, I would suggest that decisions of the party on critical national issues should be taken after the broadest possible and in-depth consultations at all levels to the extent possible. This will ensure a considered and comprehensive point of view is put before the nation. Contradictory noises do not serve the purpose of a meaningful articulation. At the same time, the partymen are entitled to hold individual opinions on critical national issues so that diverse views can be factored in the final decision. Rahul Gandhi has also been suggesting that there should be wider consultations within the party. In these challenging times, we cannot afford leadership by diktat or decisions by fiat.

You have expressed reservations about the manner in which the abrogation was done. Do you think this was the correct way?
Well, perhaps this could have been done better. But on the other hand, there is always an argument of confidentiality in these matters. The government’s perspective that certain things had to be taken in the utmost secrecy has some truth to it as well. As a decision of this proportion could not have been made public before it was taken.

Many leaders argue that perhaps extensive consultations with stakeholders would have ensured that there is little or no resistance.
On this particular aspect of the matter, I have no hesitation in saying that the BJP had put the dilution of Article 370 upfront in its election manifesto for the past several years. It had gone to the people specifically putting this issue upfront and received a democratic mandate. I think the democratic legitimacy of the right of the BJP to push forward its own electoral agenda or its manifesto agenda cannot be disputed.

The arrest of several leaders in the state. Do you agree with it?
I think they should have been taken into confidence by the government. I think if the Prime Minister had invited the top national leaders for a cup of tea in his chambers and told them that this is what he was proposing, and he expected them not to make this public, the leaders would have perhaps honoured the Prime Minister’s wishes. Wider consultations with the national leadership would have lent greater democratic legitimacy to the decision.

You have been a parliamentarian. In the Rajya Sabha, only one-and-a-half hours were given to the Opposition to bring in amendments. Do you think this could have been done better?
It is very difficult for me to comment on this because the manner in which this had to be done — the secrecy surrounding the whole of decision-making was suggestive of the fact that the decision had to be presented as a surprise. That is what the government has done. Certainly, in a democracy this should not happen, but this has happened — this is where we are.

You and your party had been in power for long and when you were a minister, was there any discussion about the abrogation of Article 370?
No. At least I am not aware of whether there was any discussion about the dilution of or abrogation of Article 370. I don’t think this ever was a part of our political agenda and in fact, in our recent manifesto, we have clearly stated we are opposed to doing away with Article 370.

Now do you concede that the country is behind the government in the abrogation of Article 370?
There has been a tectonic shift in the political consciousness of this country. There is no doubt about that there is overwhelming support for the measure taken by the Centre in the rest of the country. The people of Kashmir are bound to feel unhappy and betrayed about this.