Our top priority is to stop the BJP from coming to power: Ashok Chavan

No decision has been finalised yet regarding the alliance with the Shiv Sena, says Ashok Chavan. 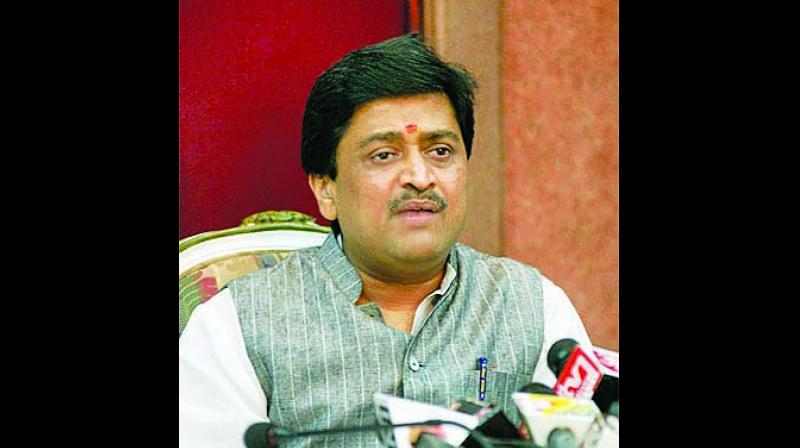 Politics in Maharashtra is going through a major transition. The BJP emerged as the single-largest party, winning 105 seats in the election, followed by the Shiv Sena with 56 seats. The NCP and the Congress, also pre-poll allies, won 54 and 44 seats respectively. In order to keep the BJP out, three major parties have in principle agreed to join hands. Senior Congress leader and former chief minister of Maharashtra, Ashok Chavan, speaks with SONU SHRIVASTAVA about the Congress’ priorities and compulsions that led to the decision to forge a post-poll alliance with the Shiv Sena, which was unthinkable till October 24, the day Maharashtra Assembly election results were declared.

All political pundits were surprised when the Congress agreed to consider supporting a Shiv Sena-led government. Are we seeing a tectonic shift in Maharashtra politics?
It is still very fluid. Nothing has been decided. The alliance between the Congress and the NCP is of course there. No decision has been finalised yet regarding the alliance with the Shiv Sena. There are certain issues on which we need clarity, first between the Congress and the NCP; and then with the Shiv Sena. Those points are being crystallised at the leadership levels of both the parties.

Shiv Sena was confident about getting a majority in the Assembly. Sena MP Sanjay Raut had even declared that they had the support of 175 MLAs. But when it came to giving a letter of support from the MLAs to the governor, the Shiv Sena has not been able to do so till today. Why is it taking so long? Is the Congress responsible for the delay?
I don’t want to comment on what Mr Raut had claimed or what was the basis of it. The Shiv Sena formally approached the Congress Party seeking its support only on November 11. Before that there were no discussions between the two parties. The moment Uddhav Thackeray contacted Sonia Gandhi, the Congress Party started deliberations over it. But there are several issues that we need to discuss at the party level, with our pre-poll alliance partner, the NCP, and then with the Shiv Sena. Some understanding on those issues has to be there among all three parties. The common minimum program has to be chalked out. I think once these issues are decided then things will be much easier.

Can we say that the Congress is ready to form a government with a Hindutva ideology party like the Shiv Sena?
The Congress has not yet formed any definite view on that. Right now, our top priority is to stop the BJP from coming to power. We are considering the best possible options to achieve that.

The Shiv Sena always had the image of being a hard-line Hindutva party. Do you not fear that the Congress and the NCP’s secular credentials will be under question and they may lose Muslim votes?
I don’t think so. Minorities and everybody understand that in order to prevent the BJP from coming into power, the only alternative in Maharashtra possible is if the Congress and the NCP join hands with the Shiv Sena. But let me reiterate, we are still in the process of it, deliberations are going on. The final decision on this is yet to be taken.

How difficult will it be for all three parties (the Congress, the NCP and the Shiv Sena) to adjust with each other, given their huge ideological differences?
I think it is very premature to answer this question. Let the discussions on contentious issues take place first. All these issues will be clearly spelt out before coming to an agreement. Once that is done and the common minimum programme is agreed upon, I do not think it will be that difficult for the three parties to work together.

The governor invited the BJP, the Shiv Sena and the NCP to express their willingness to form a government and provide names of MLAs supporting them. None of them could do it. Why did he not invite your party?
I would not know. You should put this question to the governor’s office. I was surprised by the decision not to invite the Congress.

Will the Congress take active part in the formation of a government led by the Shiv Sena? If the party decides to join the government, what will be the power sharing formula?
As I have said, let the party’s leadership in New Delhi decide. Whatever decision is taken by them, the state Congress will abide by it. The party’s Central leadership will decide on whether to join the government and the how the responsibilities will be shared. I am not part of that process and therefore I cannot comment on it right now.

How much more time will it take to finalise these issues?
I think we need to take a decision on this matter as Maharashtra needs a government. The sooner the better.

BJP leader Devendra Fadnavis in the party’s newly elected legislators’ meeting said that the three-party government would not survive in Maharashtra for more than six months. How do you see it?
That is his wishful thinking because he has lost the opportunity (to form the government). When a person loses an opportunity, one talks in this manner. He is speaking like that out of frustration.

Are you confident that if you party participates in the Sena-led government, it will complete its five-year term?
Let our party first take a call about government formation. Whether we participate in the government or otherwise, it will be appropriate for me to comment on this only after the party takes a final decision.

Will this three-party alliance last long? In future, will the Congress and the NCP contest elections with the Shiv Sena?
I can’t say that at the moment. The priority is the Maharashtra Assembly and formation of the state government. But there will definitely be some discussion on this issue before a final call is taken.