A totalitarian system would reduce the possibility of a confederation of peoples. 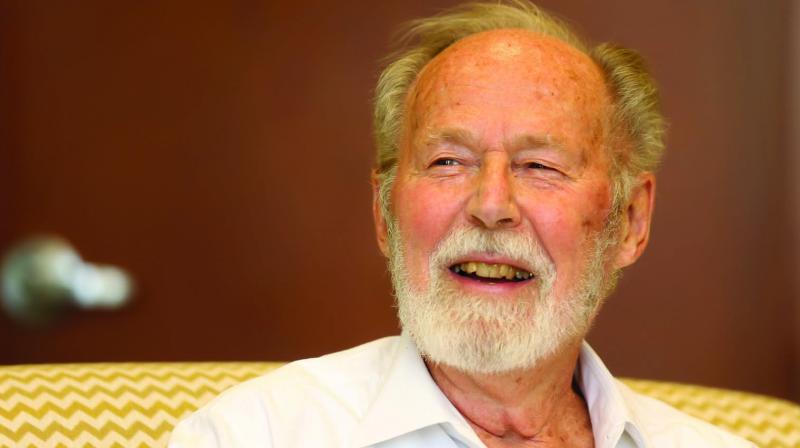 Dr Robert D. Crane, who was an adviser to late US President Richard Nixon and a former deputy director of the US National Security Council, embraced Islam in the 1980s. In Abu Dhabi for the launch of the youth forum of the World Council of Muslim Communities, Dr Crane says, in an interview with John Mary, the Muslims in India should be like the Franciscans, who, with deep commitment, declared their convictions from the housetops rather than remaining reclusive and withdrawn from public life. That’s what Muslims should do, while eschewing violence.

The US Commission on International Religious Freedom (USCIRF) has recommended sanctions against Union home minister Amit Shah for his stewardship the Citizenship Amendment Bill, which introduces religion as a criterion for citizenship. What does it mean to India?

The Supreme Court verdict in the Ram Janmabhoomi-Babri Masjid land dispute case in Ayodhya has caused dismay to many people, not just Muslims, because the court upheld “faith over facts” in settling the dispute in favour of a temple in place of the masjid. Most Muslims have taken it in their stride, for the sake of peace. Would you advise acceptance or back those who still opt for litigation?
I am with those who accept the verdict and have decided to move on. The advantage is that this gives India and its people time to understand their religion. Do you understand the enlightened source of authority in Hinduism, of responsibilities of people because human rights don’t exist by themselves? What are the responsibilities of Hindus in Hinduism? That’s the ultimate question.

How can minority communities navigate the choppy waters of majoritarianism, especially when the ruling dispensation blatantly pushes the Hindutva agenda?
Stay away from those who attack Islam and Muslims. Have a positive message. If you focus on Islamophobia, you are also popularising Islamophobia. I deleted 100 pages from my book, on Islamophobes, because I thought I still popularised them. Don’t get upset by what’s going on now to the extent that you give up. It could take generations for India to return to its founding principles. Educate the youth. We are not going to determine the future of America or India, the younger people will and it depends on education.

Given your vast knowledge of different religions and finally embracing Islam, what advice would you give to minorities in a multi-religious nation?
Minorities have a choice; one is to assimilate, which I would argue is suicide of your cultural identity. The other is to integrate, but integration is often taken to be the same thing (assimilate). But I would say integration means the opposite; you bring in the best of your religion and culture to the nation. It’s mutual cooperation, learning from each other. Most of the Muslims in America choose between assimilation and integration without distinguishing between the two. In Catholicism, there are two solutions. One is the Benedict option. St Benedict, at the end of the Roman Empire, found himself monasteries to maintain the religion. The second is the Franciscan option; you take the best of your religion and best of all that you have and preach from housetops. That’s what Muslims should do. But don’t attack anybody in the process.

Does the American experience with tackling racial discrimination offer any lessons for caste and religious discrimination in India, the legacy of centuries of invasions?
A little bit of history here. Slaveholders in America realised that with the advent of machines, it was uneconomic to maintain slaves and their families. Then Abraham Lincoln was able to outlaw slavery. But the problem was slaves were now citizens like everybody else! Once you accept human beings as nonhuman beings, how do you change that? I think we in the US had made a lot of progress. The lesson for India is to educate its youth, who should be trained in the paradigm of arts against others who would want to manage paradigms of power; they will control everything, including human thought, through the tool of artificial intelligence.

Do you think the rest of the world is intolerant of Islam and wary of Muslims as in experiencing Islamophobia?
Yes, it is only because of reasons from their point of view; there are a lot of radical Muslims in different parts of the world. They are reacting to oppression. In the US, we don’t think we oppress anybody. But they just hate us. We can’t understand why they become radicals. I mean ISIS doesn’t give a damn about anything, they say they will destroy everything as they refuse to accept oppression. In America, the military thinks there is a military solution to every problem. But the fact is military does not solve problems, rather creates them.

Islam is a religion of love and peace but why does it beget extreme violence in its so-called followers? Has Islam a paradigm to tackle terrorism?
The radical wing of Muslims sees political power as the ultimate goal in life. In practice, power is what they want. When some youth thought that the Muslim Brotherhood was not radical enough, they left and formed Al Qaeda and those who thought Al Qaeda was not radical formed ISIS; you can’t get any more radical than ISIS. I would blame the Sufis to some extent. Sufis followed the Benedict option as in Christianity; they stayed away from public life. For about 600 years until recently, the Sufis stayed away, the intellectuals sympathised with them but the essence of Islam disappeared. The Sufis should have been active in public life, like the Franciscans. I think they will have to do it again. They are growing rapidly all over the world but they aren’t influencing public life much as yet.

Is it not a fact that Judaic religions are strident, as manifest in their proselytising agenda, and this aggravates frictions in a multi-religious milieu?
Religion is misused as a tool for power. Look at Confucianism, which has been both a religion and political tool. I think the Chinese will promote Confucianism around the world and they have 3,000 Confucian centres, financed by the Communist government. So it isn’t that Abrahamic religions alone are used for political purposes; all religions have their temptation. But I don’t associate the Jews with trying convert people. Most Christians believe that if you don’t believe in Jesus, you will go to hell. So they convert people. I don’t think Islam tried to convert anybody. Islam, in a classical sense, better reflects human nature.

You think the UAE brand of moderation will help in spreading the concept of a middle path? Does it have a major role to play?
The word moderation is misleading. Moderation means ‘I’m in the middle, I don’t support anything’. Rather, integration is the objective. I would prefer peaceful engagement instead of moderation. Sheikh Zayed bin Sultan Al Nahyan, the founding father of the UAE, was truly one of the three leading inter-faith leaders of the 20th century. It isn’t just peace you want; it’s building on peace to bring more peace.