The AGP will never go with the Congress under any circumstances, says Prafulla Kumar Mahanta. 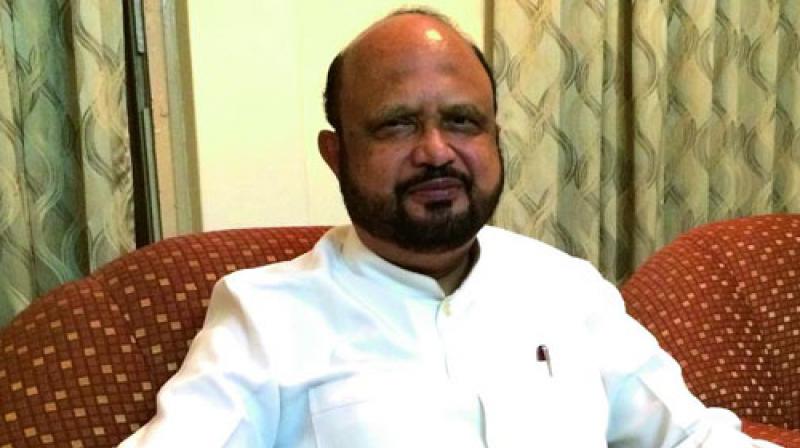 Assam has been on the boil ever since the Lok Sabha passed the Citizenship (Amendment) Bill, 2016. Prafulla Kumar Mahanta, AGP leader and former chief minister, who was a signatory to the Assam Accord in 1985, spoke with Manoj Anand on the issue.

The Citizenship Amendment Bill is an all-India Act. Why is it being opposed only in Assam?
In the entire nation, determination of citizenship is done under the Citizenship Act, 1955. After our anti-foreigners’ movement against lakhs of illegal migrants from Bangladesh who settled in Assam, we got the Assam Accord in 1985 and a new cut-off date, March 24, 1971, to determine citizens. Though we wanted that the cut-off date should be 1951 but the then Congress government imposed a new cut-off date for Assam — March 24, 1971. Thereby, we were forced to take the burden of immigrants for 20 more years.

The Assam Accord says that anyone who has entered Assam after March 24, 1971, would be treated as an illegal migrant and will be deported.  But now this government wants us to take the burden of more people who have entered Assam upto December 2014.

The AGP entered into an electoral alliance with the BJP. Was this issue not a part of the agreement?
Yes. We did bring up the issue of the Assam Accord and we said that it has to be protected and implemented. The BJP promised us that they would implement the Accord, word by word, in letter and spirit, but they brought this Bill by the backdoor. If the Bill is passed, it will not only violate the provisions of the Accord but because of this legislation, the indigenous people of Assam will lose their linguistic and cultural identities, and even their political rights. They will become minorities in their own homeland as the amendments will make more illegal migrants Indian citizens. Assam will become an overpopulated state.

Formation of the state was done on the basis of language, like West Bengal for Bengali speaking and Tamil Nadu for Tamil-speaking people. If the Citizenship Bill, after its amendment with a new cut-off date, is implemented, Assam will no longer be a state of Assamese-speaking people.

The AGP had joined the alliance after meeting with Prime Minister Narendra Modi. Did the AGP approach the top BJP leadership to express their concerns?
I would like to remind Prime Minister Narendra Modi just to assess the promises that he had given to the people of Assam as a prime ministerial candidate in 2014. I was present in many of his public meetings. He had promised that after May 16 that year, after he assumed charge as Prime Minister, all illegal Bangladeshis living in Assam would be deported, bag and baggage. Has he been able to keep that promise? Instead, he has now welcomed them and wants to give them citizenship. Even the land border agreement with Bangladesh, which he opposed during the elections, was signed soon after assuming office. We met Union home minister Rajnath Singh soon after the BJP introduced the Citizenship (amendment) Bill 2016. The Union home minister had assured us of not pushing the Bill, but subsequently they betrayed us by passing it in Lok Sabha.

In fact, we expected that the BJP government would help in correcting the injustice that was done by imposing a separate cut-off date for Assam.

Now the AGP has broken the alliance with the BJP. What will be the future course of the AGP?
I have noticed some speculation in the media indicating that the AGP is moving closer to the Congress. It is mere speculation by the media. The AGP will never go with the Congress under any circumstances. We had chosen the BJP as a natural ally but they have betrayed us. The Prime Minister and top BJP leaders ignored us on many issues but it was most disheartening that on a crucial issue like the Citizenship Bill they chose to ignore us. We are in touch with many regional parties, but the AGP has not taken any decision on joining any specific alliance at the national level. We are going to discuss this issue soon at our party forum. We will also take the opinion of intellectuals, social activists and non-political forces involved in the anti-Citizenship Bill movement in the state and region. Our prime focus is to block this Bill in Rajya Sabha.

You are one of the signatories to the Assam Accord and served as chief minister for two terms. Did you ever imagine that the cut-off date for identification and deportation of foreigners could be extended upto December 2014?
Never. The Assam Accord, after it was signed, received unanimous support from all parties in Parliament. There was no apprehension then. Now, there are many people who are questioning us on accepting March 24, 1971, as the cut-off date. They are just trying to take advantage of the situation. In fact, we have been pushing for 1951 as the cut-off date, but the then Prime Minister Indira Gandhi had sent us a message through the then governor L.P. Singh that the government is planning to propose 1966 as cut-off date. Will the AASU leadership agree to it? The meeting in which Congress leaders, including former chief minister Tarun Gogoi, were also present could not create consensus. Mr Gogoi was among those who opposed the 1966 cut-off date and demanded 1971. You must have seen that even now, in the forefront of changing the cut-off date, are some ex-Congress leaders, now in the BJP. (Mr Mahanta said this in an obvious reference to BJP leader Himanta Biswa Sarma).

What now for Assam with protests refusing to die out? What could be its fall out?
What can the people of Assam do when they have a government in New Delhi which does not understand the language of democracy? They have been trying to impose this Bill forcibly. If the Bill is passed, people of Assam will have one option — to approach the court. However, our democratic protests will continue. Because of such governments, which do not understand the language of democracy, so many undemocratic movements are growing in the region as well as the country today.

There has been complete harmony between Assamese and Bengali speaking people in Assam but through this amendment a division is sought to be created between the two communities.