After the swearing-in ceremony, I immediately left the Raj Bhavan and headed for Sharad Pawar’s residence, says Rajendra. 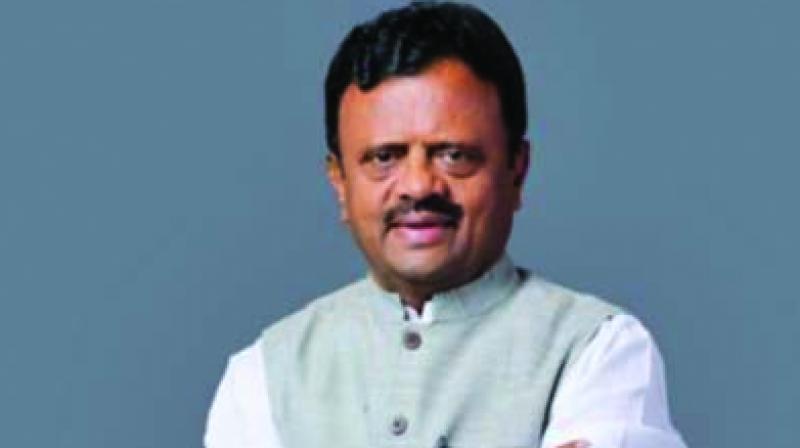 NCP MLA Rajendra Shingne was one of the few legislators who were present during the dramatic swearing-in ceremony of BJP leader Devendra Fadnavis and NCP leader Ajit Pawar at Raj Bhavan. Speaking with Bhagwan Parab, Mr Shingne , who is a former Cabinet minister in the state, expressed his shock and horror at the turn of events this morning. Edited excerpts:

Did you have any idea that things would take such a drastic turn?
I had absolutely no inkling of what was in store for me on Saturday. In my long political life, I never thought I would be treated in such a misleading manner.

Could you explain the chain of events that unfolded?
It all started when I received a call from Ajit at midnight. He asked me to reach Dhananjay Munde’s bungalow on Saturday morning. He said he wanted to discuss something important with us. As it was the directive of a top party leader, I reached Mr Munde’s B4 bungalow by 7 am. Some MLAs were already waiting there. Within 15 minutes, some more MLAs reached there. At 7.45 am, we were told that a meeting had been fixed at some place and we were asked to reach there. We had no idea where they were taking us. But as soon as we reached the Raj Bhavan, we felt that something is amiss. From there on, we started getting restless.

What exactly happened at Raj Bhavan?
We were asked to sit in the hall at Raj Bhavan. Within five minutes, Devendra Fadnavis reached, along with Chandrakant Patil and Girish Mahajan. Ajit was also present. After some time, the governor arrived and immediately administered the oath of office of the chief minister to Mr Fadnavis. It was followed by the swearing-in of Ajit Pawar as the deputy chief minister. The oath ceremony ended in a flash.

How many MLAs were present at the Raj Bhavan?
We were about 10 or 11 of us. I had a brief talk with some of them, but even they didn’t have any idea of what was happening.

Was Dhananjay Munde also with you? Did you have a talk with him?
When we had gone to Mr Munde’s bungalow in the morning, he was not present. Even when we reached Raj Bhavan, we did not see him.

Who all were there at the swearing-in ceremony?
It was a very small and brief ceremony, attended by BJP leaders, NCP MLAs and the governor. Mr Fadnavis was present, along with his mother and wife, Ajit was accompanied by his wife and son Parth.

So what was your initial reaction when you realised that it was the swearing-in ceremony?
I was very upset. I was simmering with anger. We felt cheated. I never thought that I would have to face such an act of betrayal.

After the ceremony, what was the scene like?
I did not wait there for long. After the swearing-in ceremony, I immediately left the Raj Bhavan and headed for Sharad Pawar’s residence. I apprised Mr Pawar about the events at the Raj Bhavan. I also explained to him my stand.

Now that it is clear that the NCP is heading for a split. What will be your next move?
There is no question of quitting the party. I hope others will also come back to the party soon. I will always stand by Mr Pawar. We will abide by whatever decision he takes.