‘Demonetisation is a step to bail out the economy and banks’

In the process, honest people are also getting affected: Sharad Yadav 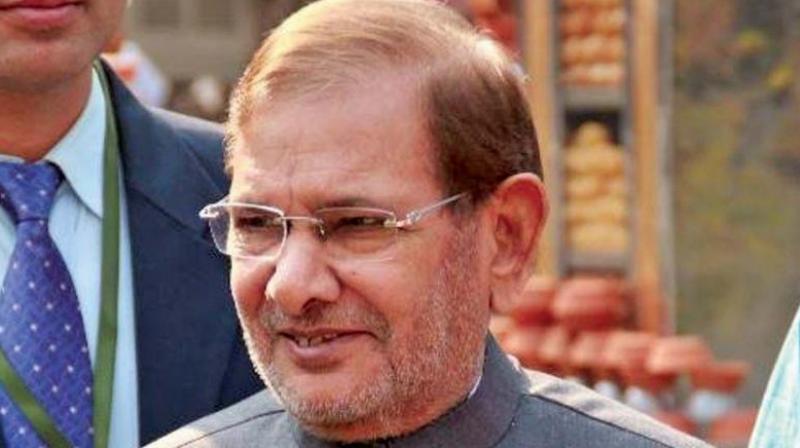 Sharad Yadav, senior Janata Dal (United) leader, speaks with Sreeparna Chakrabarty about how Prime Minister Narendra Modi’s demonetisation scheme was not a political gimmick but was aimed at controlling the rising NPAs of banks and how the Opposition lost an opportunity to educate people in the washed out Winter Session of Parliament.

You have been a critic of the demonetisation drive. How do you think it has affected the country?

This decision has brought 125 crore people of the country out on the streets standing in queues. Black money and black wealth are mostly parked outside the country. Within the country, it is only a mere six per cent. They have not done anything to bring back black money from abroad, which had been promised by the Prime Minister during his election campaign. The money, which is being deposited in banks, now, shows that as compared to the black money figure, which was being circulated, the money which was being deposited in banks is not much. Thus, it has had no effect on black money.
The decision to ban Rs 1,000 and Rs 500 notes was taken to help out banks, which were sinking. The non-performing assets of banks are around 8.5 lakh crores. So the government thought that this will help them out. In the process, honest people are also getting affected. The money that is being deposited now in banks is the money of honest people.

It is not the defaulters — who led to the NPAs being created in banks — standing in queues in front of ATMs, but the common, honest people of the country.
In one stroke, entire communities of farmers, traders, labourers and small-scale industry owners as well as factory workers have been destroyed. Entire swathes of rural economy have been hit.

Was their any political motive behind this because the BJP is claiming that people are happy that black money hoarders are getting targeted? Who will benefit from this?

This should not be seen politically. The masses do not understand economics. They are influenced by propaganda. The economic growth of the country had gone into negative and banks were in serious trouble. The government has taken this step to bail out the economy and banks.

The demonetisation issue led to a virtual washout of Parliament session. Both the government and the Opposition are trading charges on this. Who would you blame?

It is true Parliament could not function. It is very unfortunate. We (the Opposition) lost the opportunity to educate the people. But in the end, it is the government’s job to run the Houses. It is their responsibility. There was never any effective initiative from the government side to make the Houses function.

Post-demonetisation efforts are on to form a broad alliance of all Opposition parties. It was evident in Parliament session also. Is this with a view on 2019 too?

Yes. All Opposition parties are broadly together. There is a need to be together also. We will like that to happen in 2019 too. But right now nothing is final. Everything is in a flux. Things are still being worked out.

In such an alliance will you agree that the Congress needs to take a leadership role as it is still the largest secular block? And is this evident in the manner a joint press conference is being organised on December 27, which is likely to be led by Congress president Sonia Gandhi?

The event on December 27 is a joint press conference of Opposition parties. Nothing else. There is no need for any particular party to assume leadership of an Opposition alliance. Everybody will be equal partners.

There were efforts to forge an umbrella alliance of anti-BJP parties on the lines of Bihar to take on the BJP in the coming Uttar Pradesh elections. What is the progress?

It is true there were efforts to form an alliance last November. We had all gone to Lucknow at the Samajwadi Party rally — former Prime Minister H.D. Deve Gowda, Rashtriya Lok Dal leader Ajit Singh and I. But there has been no progress.

Mulayam Singh Yadav had said after this that there would be no alliance, but if anybody is interested they can merge. We are not interested in that. So there is nothing on the cards as of now.

However, the JD(U), JD(S) and RLD are together. We have already come together in western Uttar Pradesh. On December 22, there was massive response to our RLD-led rally in Muzaffarnagar. It was also attended by members of Trinamul Congress among others.

Have you approached Mayawati for such an alliance?

The Bahujan Samaj Party doesn’t form alliances with any party.

How much effect do you think demonetisation will have on the coming Assembly elections in five crucial states? Will it benefit the BJP and Mr Modi?

It is for the public to decide. I don’t see it affecting Assembly polls in any manner. It is just an economic gimmick.