Lok Sabha Speaker Om Birla even wrote to his European counterpart protesting against the move. 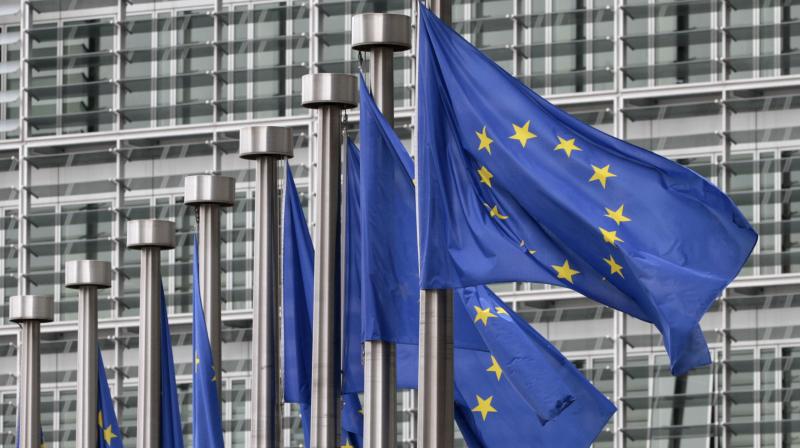 The government’s unseen hand was visible behind the poorly crafted diplomatic sleight of hand. (Photo:AP)

The European Parliament’s move to debate and subsequently vote on a resolution, moved by an overwhelming majority of members from across a wide political spectrum, on the Citizenship (Amendment) Act riled New Delhi no end. Publicly, the government and its spokesmen maintained that it was an internal matter of India’s, and that no foreign Parliament had any locus standi. Lok Sabha Speaker Om Birla even wrote to his European counterpart protesting against the move.

The weakness in the government’s argument was obvious as, some months ago, the government had itself bent backwards to welcome a select group of Members of the European Parliament (MEPs), belonging to neo-Nazi or extreme right-wing parties, for a conducted tour of Jammu and Kashmir. That it was not a “private” tour, as claimed, was apparent even before the trip as its promoters had limited financial and political muscle. The government’s unseen hand was visible behind the poorly crafted diplomatic sleight of hand. In fact, that escapade may have contributed to mainstream MEPs now protesting against the democratic regression in India.

If the CAA was a solitary event in India, it could have been attributed to anti-India and pro-Pakistan lobbies in Brussels. However, the Narendra Modi government, after its decisive victory in the Lok Sabha elections last year, has single-mindedly pursued its core agenda of reshaping the nation’s polity in line with the long-held views and sectarian biases of the BJP-RSS. It began with the August 5 abrogation of Kashmir’s special status, lockdown of the Valley, and the arrest of three former chief ministers. Prior to that was the criminalisation of triple talaq by the enactment of the Muslim Women (Protection of Rights on Marriage) Act in July 2019. The Supreme Court’s Ayodhya verdict (in November) took care of the lingering demand for a Ram temple in Ayodhya, but it mercifully did not trigger communal violence. Finally arrived the Citizenship (Amendment) Act, tweaking the 1955 law to permit the adherents of all Indic religions plus Christians to legitimise their stay in India and obtain citizenship, provided
they came from Pakistan, Afghanistan or Bangladesh. It pointedly excluded Muslim refugees or illegal immigrants from these nations.

The uproar over the CAA conflated with the initial police excesses against the students of Jamia Millia Islamia, that soon spilled over to other campuses in New Delhi and elsewhere. The issue no longer could be framed in binary Hindu-Muslim terms, as people of all faiths joined the protests. The BJP clearly miscalculated the depth of people’s anger, which fuelled the protests. Adding to the BJP’s troubles are a flagging economy, rural distress, inflation and unemployment. The BJP has also lost control over a number of critical states at the heart of India — including Madhya Pradesh, Rajasthan, Chhattisgarh, Jharkhand and Maharashtra. It essentially runs three big states, Bihar being an alliance where ally JD(U) faces an internal revolt by its urbane faces. Thus, the Delhi election has become a do-or-die battle, both to oust an irrepressible Arvind Kejriwal as indeed throw the dice one last time to test the failing formula of communal polarisation.

Against this background has risen overseas a crescendo of media and political criticism of the Prime Minister personally and his politics. London’s conservative magazine The Economist ran a cover headlined “Intolerant India: How Modi is endangering the world’s biggest democracy”, above a lotus blooming from a barbed wire. To shoot every messenger as a pesky interloper challenging Indian sovereignty merely confirms the charge. Snubbing Jeff Bezos, the world’s richest person, and denying him access to the Prime Minister, perhaps because he owns The Washington Post, is at best churlish and at worst a total misreading of how the American media actually works.

There are two counterpoints. One, that leaders like US President Donald Trump ignore the liberal media and demonise it tweet by tweet, and yet thrive. But India is not the United States, and Mr Trump’s re-election is not a done deal — yet! Two, that China’s domestic politics, including its internment of over a million Uighurs, has not elicited even a murmur from most Islamic nations. Again, India does not have yet a $12-trillion economy, nor does it hold a permanent seat at the UN Security Council. Moreover, India’s soft power has always been its forte. It paled China’s soft power because of India’s liberal, democratic and inclusive vision that the founding fathers embedded in the Indian Constitution. These values were not alien to India’s past. Lord Buddha and his follower Emperor Ashoka showed the path of a moral and tolerant existence. China, on the contrary, has been a unitary state for two millennia, with its strength as a producer and inventor of products, not as paragon human rights and tolerance.

But do the European Parliament’s resolutions have more than symbolic value? After the 2009 Lisbon Treaty’s reform of institutions, the EU has the council of heads of state of all 28 members, the European Commission, with all members represented as the executive, and the Parliament, with 785 members (pre-Brexit). The European Parliament generally vocally defends human rights, including beyond the EU’s borders. It ensures that the EU’s international activities, including trade and aid, are aligned with these core principles. It has budgetary control, a role in treaty revision and oversight over common foreign and security policies. Thus, unlike member states and the European Commission, the EU Parliament is less transactional and more values-driven. Thus, its resolutions can influence the EU’s decision-making.

It is natural that India’s friends abroad, who earlier bemoaned India as a socialist under-performer, now worry that an economically rising India is a progressively degrading bastion of freedom of faith and equality. India has already bandied angry words with Turkey, Iran and Malaysia over Kashmir. External affairs minister S. Jaishankar unnecessarily invited the American Democratic Party’s ire by skipping a congressional foreign affairs committee meeting over a member-critic of Indian origin. Bangladesh’s foreign minister has twice postponed visits to India and trustworthy Indian ally Bangladesh’s Prime Minister Sheikh Hasina sounds worried. The EU Parliament deferred the debate and vote clearly due to Indian diplomatic pressure as the 15th EU-India summit approaches on March 13. Outgoing British high commissioner Sir Dominic Asquith, on the day the UK exited EU, echoed the EU’s concerns over CAA. Only the Supreme Court can undo the damage done to the nation’s image and polity by quickly reviewing the constitutionality of CAA. The court’s unwillingness to stay this controversial law is inexplicable. But the clash between sectarian domestic politics and foreign policy, which for the past five years has maintained the fiction of a secular India, is finally manifest. The bullet fired at Shaheen Bagh on Mahatma Gandhi’s martyrdom day dramatically symbolises this paradox.