The book value of an enterprise can be markedly different from its market value. 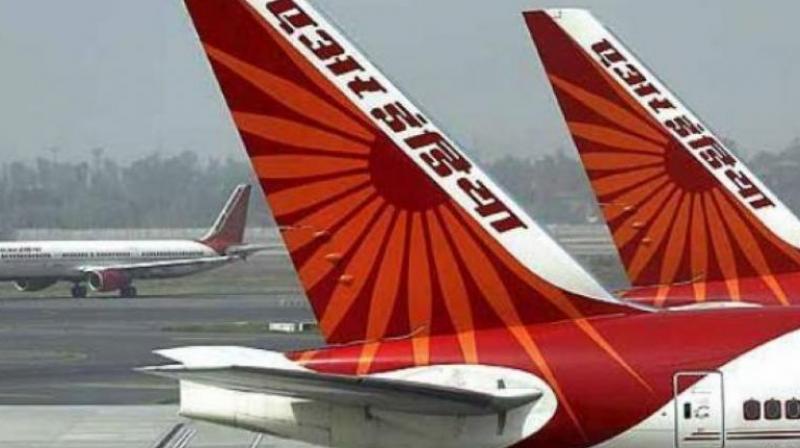 A book value in a sense represents a historical cost, or the purchase cost adjusted for depreciation while market value is the true value of the enterprise that can be realised in the open market.

Air India is going under the hammer for the second time in two years. This is after the previous attempt in March 2018 failed to elicit any buyers. As the economy slows and the government cannot finance key welfare schemes due to falling tax revenues, one way to shore up government finances is by disinvesting India’s public sector units. This disinvestment also assumes significance given that the government has fallen short of its ambitious disinvestment target of Rs 1.05 lakh crores for the current fiscal.

The government recently issued the Preliminary Information Memorandum for Inviting Expressions of Interest for the Strategic Disinvestment of Air India. The primary purpose of this document is to show how the airline is a burden on the Indian state, and should be sold regardless of the offer price. In fact, the document has been designed in a manner so as to sell off the airline to a preferred oligarch for a pittance. A close analysis of the Preliminary Information Memorandum betrays the government’s intentions clearly. Neither has the market value of the airline been stated, and nor have assets such as landing slots and bilateral rights been valued.

The book value of an enterprise can be markedly different from its market value.

A book value in a sense represents a historical cost, or the purchase cost adjusted for depreciation while market value is the true value of the enterprise that can be realised in the open market. Calculation of the market value of Air India is essential while going into a negotiation so that the government can get the best deal possible. Concealing the market value from the Indian public, however, is the best way to sell the airline off for a pittance, in return for favours from a crony capitalist. This is exactly what the Preliminary Information Memorandum does. It conceals the market value of Air India, and continuously obsesses over its book value, which stands at almost a negative Rs 3 lakh crores. It is this figure that the government wants the public to internalise, so that any monetary compensation over and above seems like a fair deal for the airline.

The government wants to portray an image of worthlessness, despite Air India possessing prime assets that are worth at least `5 lakh crores. International disinvestment best practices clearly lay out processes for divesting companies with a negative book value, to try and extract as much value as possible from its physical assets, creditors and tangible assets such as landing slots. Despite there being clear processes, the Preliminary Information Memorandum sticks to the airline’s book value to further the government’s agenda.

Not only does the government try to mislead the public by only quoting Air India’s book value in its Preliminary Information Memorandum, but it also does not reveal the value of Air India’s tangible assets such as landing slots and bilateral rights. Air India’s total valuation must include not only quantifiable assets such as aircrafts and real estate, but also its slots at international airports, bilateral rights and code share agreements. Air India Limited is the owner of prime real estate in urban Indian centres including the iconic Nariman Point office in Mumbai which alone is valued at around a couple of thousand crores. While real estate assets are more easily quantifiable, it is the other tangible assets that need to be properly valued before a sell off.

Air India has at least 4,486 slots per week at airports in India for domestic air travel, and 2,738 slots for international travel out of which 1,838 are in India and the rest are all over the world, including long-haul flights that go to prominent locations such at JFK Airport in New York, London’s Heathrow and Paris’ Charles de Gaulle. Landing slots at prominent airports such as these can fetch the airline anywhere up from tens of millions to hundreds of millions of dollars. And it is these slots that have not been appropriately valued in the Preliminary Information Memorandum to hoodwink the public into believing that the airline is worthless.

Further, Air India is the only airline in the country with a repair and engineering department, which has huge scope but suffers from a lack of resources.

While the Preliminary Information Memorandum lists all of these bilateral rights and landing slots, it does not value any of these separately, keeping the country in the dark about the true market value of India’s flagship carrier. And while the citizenry is in the dark about Air India’s true value, the government wants to sell India’s flagship carrier for a paltry sum of some Rs 20,000 crores. This, despite a simple back of the envelope calculation suggesting that the airline could be worth some Rs 3.6 lakh crores to 5 lakh crores if valued properly using internationally accepted best practices.

The attempt to sell the airline has gone on despite instances that point to the airline’s worth to the Indian state. It was none other than our national carrier that went into the epicentre of the coronavirus outbreak in Wuhan not once but thrice to evacuate Indians in distress who could not leave due to the lockdown in the city. Not only has Air India helped Indians in need, time and again, from the Kuwait evacuations in 1990 to the Yemen evacuations of 2015, but Air India has been instrumental in servicing India’s strategic and humanitarian requirements both domestically and globally.

The incumbent government has already laid the foundation to sell Air India for a pittance by confusing the public with financial jargon and by deliberately concealing information in the Preliminary Information Memorandum. As the government makes one concession after the other to sell the airline, including reducing the debt by more than half to Rs 23,286 crores from Rs 60,000 crores and inviting expressions of interest for a 100 per cent stake instead of the originally planned 76 per cent stake, it begs the question as to why the government is in such a hurry to sell the airline, and who it ultimately wants to sell our flagship carrier to? Air India is not the personal property of any one government. Selling the airline requires a larger national consensus along with greater transparency.