Why do some fare so much better than others?

The study examined the distance of Bihar and UP on most major parameters from the average and the best. 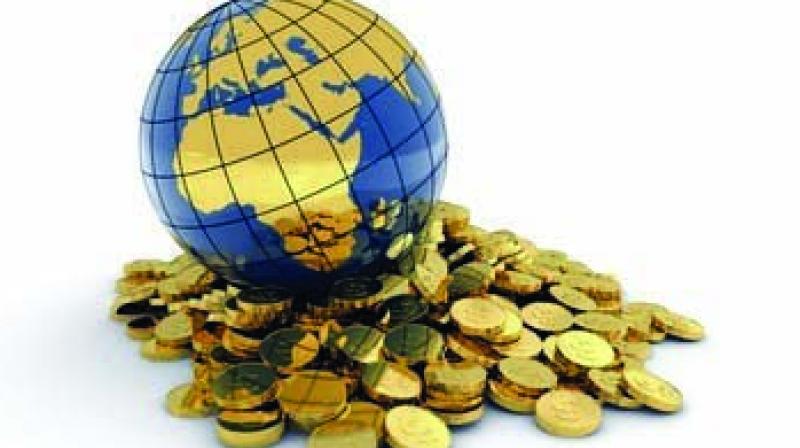 The answer, it seemed, was not difficult to seek for those who believed that economic growth in India, then as it is now, is state-driven.

Exactly 35 years ago, soon after I returned from Harvard, I undertook a long journey through Bihar and eastern Uttar Pradesh to understand what the situation there was and why. This was published as The Children of the Ganga: An Enquiry into the Poverty of the Gangetic Plains. The study examined the distance of Bihar and UP on most major parameters from the average and the best. On all indices Bihar was way behind. That is pretty much the situation now, though the only index where it compares now with the best is in primary school enrollment.

But why Bihar was in this parlous condition was still the big question. How did the state, which the University of California Professor of Public Administration, Dr John Appleby, had determined as the best-administered state in 1952, turn into a bureaucratic and administrative nightmare?

The answer, it seemed, was not difficult to seek for those who believed that economic growth in India, then as it is now, is state-driven. The money that the central government spent had a direct bearing on the economic outcomes of states and on the well-being of their people. The evidence was very clear. Right from the First Five-Year Plan, Bihar and UP suffered from under-investment by the Centre. If there was per capita development expenditure for each Plan, Bihar was always furthest from it.

When I computed the investment foregone, by getting so much less in every consecutive plan, in 1984 — over 30 years ago — Bihar was shortchanged by as much as Rs 27,000 crores. That number is now as much as a dozen times more. For a start the Plans had become bigger. Bihar is still last in terms of per capita development expenditure, and industrial and infrastructure investment. The highest-ranking states in terms of government investment get as much as six times more than Bihar in per capita terms.

Bihar was then the second largest state in India. It is in many ways the heart of India. It is certainly the cradle of Indian civilisation, which evolved on the banks of the Ganga. And it is still very clear that India cannot go forward by leaving Bihar behind. But the question that still stays is whether Bihar would have done as well as the high-fliers if the money were provided. This is what now requires study.

In the years since I have done many more studies evaluating the performance of other states in India. Clearly there are high performers and laggards. But why are some this and others that is an answer that still eludes me. We seem condemned by our ways of comparison analysis to see things in terms of inputs and outputs, without ever really wondering if there are other processes at work which makes different states within one country, within one constitutional system, within one economic system and sharing a long and common ethno-cultural history which make a difference.

Now think of this. India is the third largest economy in the world in PPP terms and it is predicted that by 2050 it will be a $30-55 trillion economy, depending on whose projections is music to your ears. 2050 is just over 30 years from now and in a nation’s lifetime that is a mere blink. This is not day-dreaming. In 1990-91 when P.V. Narasimha Rao initiated the first dismantling of the centrally-planned state, the GDP of India at current dollars was a little over $200 billion. Twenty-eight years later it is almost 15 times that. Increasing by 20 times over in just over 30 years is really not a tall order.

India has grown at an average rate of over seven per cent since 2000. Between 2008-11 it grew at more than nine per cent. In consonance with global trends India’s growth also has tapered off these past two years. Nevertheless, overall the trends have never been like this before and there is optimism about the long term, despite recent troubles. It is a country where many state GDPs are bigger than many countries.

The size of Maharashtra’s economy would place it just about alongside as Singapore and bigger than Hong Kong or Nigeria. This overall performance, however, masks a diversity of performances. The HDI of Kerala is India’s highest, at 0.790, which would place it ahead of China, while at the other end of the spectrum is Chhattisgarh, with 0.358, which would place it just alongside Chad, one of the world’s poorest and most backward countries. At 0.790, Kerala would find a place in the high HDI list of nations.

The incidence of poverty is always a contentious matter in India. While the government tries to downplay the numbers by having a somewhat self-serving index (now 22 per cent), other measures such as the UNDP’s $1.25 a day suggest that almost 37.5 per cent of Indians live in dire poverty. At $2 a day, as much as 70 per cent of India is below an internationally-determined basic standard of living index.

Other indices are just as damning. India's abysmal track record at ensuring basic levels of nutrition is the greatest contributor to its poverty as measured by the new international Multi-dimensional Poverty Index (MPI). About 645 million people, or 55 per cent of India's population, is poor as measured by this composite indicator made up of 10 markers of education, health and standard of living achievement levels.

The new data also shows that even in states generally perceived as prosperous such as Haryana, Gujarat and Karnataka, more than 40 per cent of the population is poor by the new composite measure, while Kerala is the only state in which the poor constitute less than 20 per cent. The MPI measures both the incidence of poverty and its intensity. A person is defined as poor if he or she is deprived on at least three of the 10 indicators. By this definition, 55 per cent of India was poor, close to double India’s much-criticised official poverty figure. Almost 20 per cent of Indians are deprived on six of the 10 indicators.

But even more a matter of concern is the growth regional disparities. Eastern India has been languishing and has the densest concentration of poverty, while the northern and southern states have showed very good performances on this front. Western India has the nation’s main industrial centres and naturally overall figures tend to be good here. But if the big cities are removed, here also we get a bit of a dismal picture. Clearly the southern and northern states seem to be doing better.

Standing in sharp contrast to the nations dominated by extractive political institutions are the nations based on inclusive political and hence economic institutions. This is amply evidenced by why and what happened in England that made it the centre of the Industrial Revolution. The Bill of Rights of 1689 became one of the most important documents in Britain’s political history, and ever since then the monarchy never enjoyed absolute political power. The consequent development of pluralistic political institutions opened new vistas of education and unleashed long-dormant creative powers stifled for long by a system that conferred monopolistic extractive powers to a small class.

In a global system having almost 200 independent states at various states and stages of development, we can have a wide disparity, as each one of these economies represents a sovereign entity, bounded by a border. But in a system bound by its Constitution, its history and its civilisation as one, as is India, can we afford to risk too much diversity in economic well-being?

The writer, a policy analyst studying economic and security issues, held senior positions in government and industry. He also specialises in the Chinese economy.