Opinion   Oped  01 Jun 2019  Is there any Indian parallel to the farce happening in Britain?
Opinion, Oped

Is there any Indian parallel to the farce happening in Britain?

The new Brexit Party with only one policy — leaving the EU — won 29 of the 74 seats. 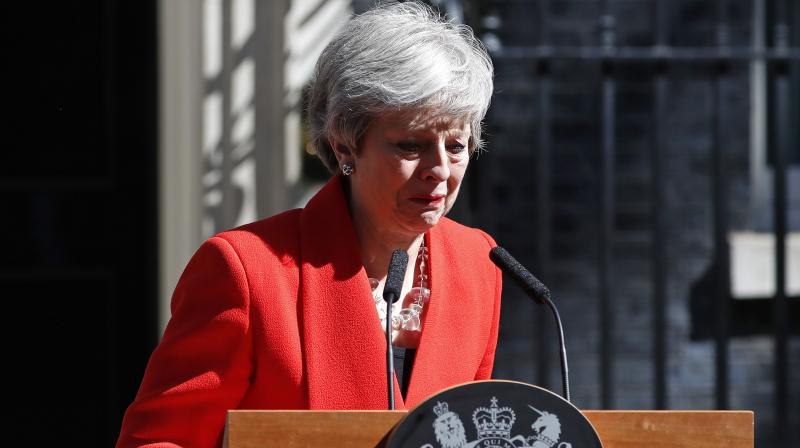 “They would be there
You thought, always in your care.
They grew and drifted away
Even, or as rapidly, as our hairs grew grey
And they in turn, I suppose, will find
That memories are all we leave behind…”
From Confessions of Kanwal Singh by Bachchoo

British politics in May-June 2019 has deteriorated into situation comedy and farce. In a 2016 referendum, Britain voted by 51.89 per cent against 48.11 per cent in favour of leaving the European Union. David Cameron, who called the referendum and campaigned to remain, lost and resigned.

His home secretary, Theresa May, who also campaigned and voted to remain, didn’t. Instead she stood for the prime ministership, was elected and took charge of a government which she emphatically and enthusiastically said would take Britain out of the European Union. She insisted she was, above all, a democrat.

What, gentle reader, would be the vague Indian parallel? India holding elections, the BJP winning and Amit Shah declaring that he was now defecting to the Congress? Perhaps not.

Philip Hammond, another Cabinet member who voted remain, was appointed by Theresa May to be the chancellor of the exchequer. He was a remainer who has issued dire warnings about the state of Britain’s economy outside the European Union — now in charge of managing the disaster he predicts.

Theresa May negotiates the terms on which Britain can leave the EU. This “Withdrawal Agreement” is put to Parliament and defeated by huge margins three times. Most of the dissenters who defeat this bill are from the PM’s own party. After the third resounding defeat she proposes negotiations with the Opposition Labour Party, asking them what they would like incorporated or changed in the Withdrawal Bill and using Opposition votes to oppose her own party and pass it.

What would the Indian parallels be? Is it as though Prime Minister Narendra Modi proposed a Uniform Civil Code and was defeated by RSS-leaning members of his own party who may have wanted the bill applied to all communities except Hindus? And then the government goes to Rahul Gandhi to form a coalition with the Congress?

How would Mohan Bhagwat react? And would Priyanka Gandhi Vadra and P. Chidambaram threaten to break up the Congress Party if talks went ahead with the BJP? (Yes, political-analyst-smarta***-reader, I know: this is probably an absurd parallel — but I bet you get my drift!)

In every circus there comes a point when they send in the clowns. In the circus of UK politics that point has arrived. Theresa May, defeated repeatedly in Parliament and having gained in some quarters the distinctive title of the worst Prime Minister in British history, has announced that she will resign on the 7th of June. On the 3rd to the 5th, she will host Donald Trump’s controversial state visit to Britain. (Lame-ducks and crooked flamingoes anyone?)

Her resignation has resulted in a flood of aspirants for her job, the winner to become PM without a general election.

To date 11 MPs have staked their claim to the leadership and will compete in a contest within the parliamentary Tory Party which will then choose two of the 11 as the finalists. These finalists will then be subject to a ballot by the 150,000 members of the Tory Party in the country. Britain has 64 million people but these members — 0.2343 per cent of the population — will choose the person who will move into No 10 Downing Street and attempt to steer the country out of the EU — a break which will be one of the most significant moves in Britain’s recent history. If this person succeeds in crashing out of Europe with no deal, Scotland will have a referendum to leave the UK and declare independence.

Is it like goodbye Khalistan, long live Chinese Arunachal and independent Tamil Nadu…? (Yes okay, smarta***-analystji — but I’m sure you get my point!).

One of the contenders for the crown and a clear frontrunner in polls of the Tory membership is one Boris Johnson. During the referendum campaign and for years after he insistently told the British public that leaving the EU as he advocated would bring back £350 million per week which he would invest in the National Health Service. The statistic has been carefully examined and found to be an utter falsehood.

Now, in the thick of the campaign to become Prime Minister, Mr Johnson is being taken to court for repeatedly deceiving the public during a democratic exercise. The precise offence in law is not clear and Mr Johnson will no doubt use that as a defence. But the lawyers who are suing him in this civil case contend that the punishment for the crime of such deception is life imprisonment. So, if things go their way, Mr Johnson will move, not to 10 Downing Street but the comfort of a cell in one of Her Majesty’s penal hotels.

On the 23rd of May, Britain went to the polls to elect the British members of the European Parliament of which the UK is still a member. The vote was seen as a sort of referendum on leave and remain.

The new Brexit Party with only one policy — leaving the EU — won 29 of the 74 seats. The Labour leadership sat on the fence and the fence being very narrow, they paid the painful price. Millions of traditional Labour voters deserted the party and voted for the Liberal Democrats or the Green Party, both of whom strongly support remaining in the EU.

One prominent Labour figure, Alistair Campbell, former Labour government spokesman, admitted on BBC TV that he had voted for the Liberal Democrats. He was promptly expelled, through an e-mail notification, from the Labour Party.

Now, gentle reader, find the fanciful Indian parallel yourself. I am at a loss…