A year of scandals, controversies fizzles out

The Narendra Modi government for once showed restraint and let the drama of the justices play out. 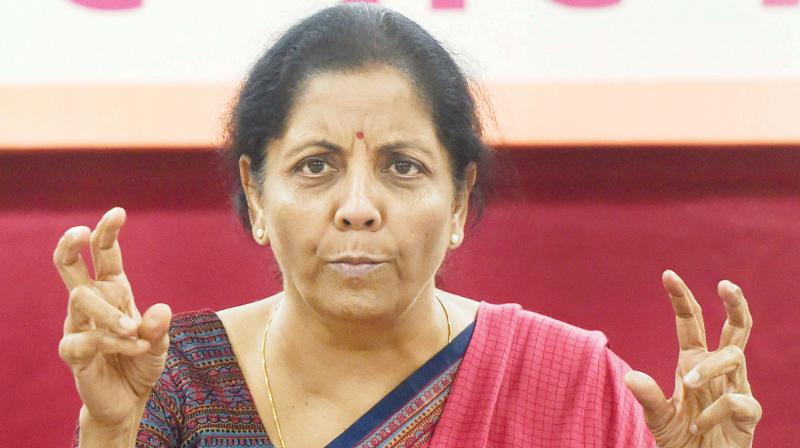 It can be argued without being too perverse that scandals and sensation are the stuff of an overheated media stealing the show in any democracy. Last year began with the jaw-dropping spectacle of four sitting Supreme Court judges holding a press conference in 2018’s first fortnight, complaining against the then Chief Justice of India that he was allotting serious cases to junior judges and ignoring the senior ones. It seemed the political scandal of the year, that would bring down the whole system crashing down. But it slowly faded over a span of few weeks. The impugned Chief Justice of the day survived and finished his term in the last quarter of the year. And one of the four judges who held the press conference went on to become the Chief Justice as it was his turn, and the other three retired. One of them spoke after retirement of a sense of “someone” controlling the retired Chief Justice. But it did not lead to anything more substantial or concrete. It was a story that began with a bang and ended with the proverbial whimper. The Narendra Modi government for once showed restraint and let the drama of the justices play out.

#MeToo was another explosive event that set the media roiling, with a few wild sparks flying hither and thither. The only recognisable fallout was the resignation of minister of state for external affairs M.J. Akbar from his post. The sexual harassment of women in the public and private spheres remains rampant, and it’s an issue that needs to be handled with all seriousness and maturity by everyone. But it thrived on Twitter statements and counter-statements, and it also showed the generation gap between the younger and older women, the younger ones angry and older ones counselling caution before charges are hurled. The angry sparks have died and the real issue of harassment of women was put on the backburner, as it were.

There was the Supreme Court’s brave ruling that there should be no discrimination based on sex and that women between puberty and menopause cannot be prohibited from going to the Kerala hill shrine of Sabarimala. The lone dissident judgment by newly-appointed judge Indu Malhotra evoked scorn from the majority and a grudging respect from a few. On the ground, it turned out to be a battle, where the few women who wanted to assert the right of women were forcefully stopped. It raised the question of whether the rule of law was prevalent in India, and whether the writ of the highest court in the land ran or not. But the judgment and its fallout also revealed a complicated socio-religious aspect. How is it that in the most literate state in the country, even educated men and women felt that it was not necessary to break a norm which was irrational from a spiritual and philosophical point of view. It suggested that traditions have a certain hold over the people and that these traditions need not pass muster at the bar of reason. The episode should have led to an interesting sociological debate, where faith, tradition and conservatism, not necessarily of the evil kind, clashed with modernity and rationality, not necessarily abrasive and evil. It revealed that India is a complex country and there was a need for a nuanced debate. Of course, it did not happen. The issue evoked little interest beyond sensationalism.

The internal squabble in the top rung of the over-used, misused Central Bureau of Investigation (CBI) was indeed a delectable scandal, where it showed both the political masters and the bureaucracy in an unflattering light. The Narendra Modi government was indeed singed but not burned. It showed that a loud and pompous government had to eat crow because it proved itself so inept in choosing the top officers of the premier investigation agency.

The Congress’ attempt to nail the Modi government on the Rafale jet fighter issue had not succeeded, and it is not because the government had done no wrong. The Congress has not been able to dig out the real facts of the case, and even those independent critics in the media and outside had only managed to raise the question of not following procedures, and almost nothing beyond that. The main weakness of the Congress’ attack is that it has not come clean on why it had not finalized the Rafale deal while it was in power till May 2014.  And the BJP is being more than economical with the truth when it refuses to explain the reason behind Prime Minister Narendra Modi’s grand gesture in France in April 2015 when he declared India will buy 36 Rafale fighters off the shelf. Then in 2018, the government issues a fresh tender for jet fighters and all the jet fighter manufacturers have applied again. Prime Minister Modi, finance minister Arun Jaitley, former defence minister Manohar Parrikar and present defence minister Nirmala Sitharaman have all failed to tell the truth that the deal for 136 planes with Dassault, the manufacturer of the Rafale jet, has been called off. And they failed to explain why it had been called off. The Congress and the BJP may not be lying about the Rafale controversy, but they are not telling the whole truth either. And that is a scandal on a minor scale, which India’s aggressive media refuses to pursue.

The tussle between the finance ministry and the Reserve Bank of India (RBI), which ended with RBI governor Urjit Patel’s resignation, is really a controversy, not a scandal, and the controversy shows that the government has mishandled the situation. Had a Congress government done what the Narendra Modi government had done, then a BJP in Opposition would have gone to town with it. The BJP, though in power, plays the role of the Opposition now, and it sounds unconvincing because it forgets it is in the government. If there is a substantial and sublime scandal, it is this – that the BJP, the ruling party, is behaving like the main Opposition party!