Zeeshan Hasan Akhtar writes about what Irfan meant to him 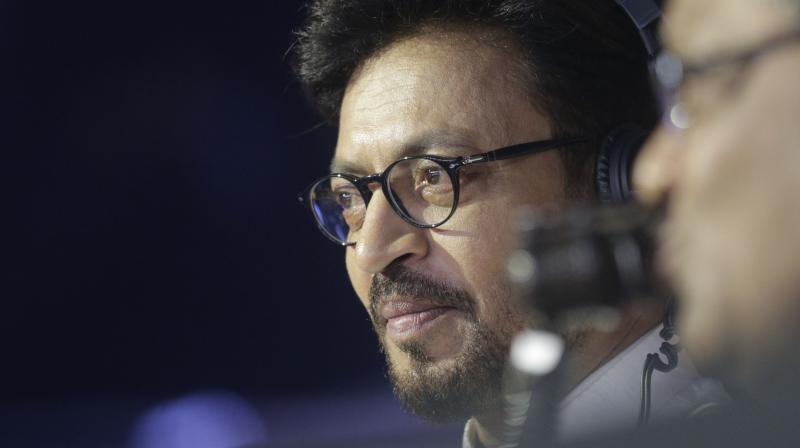 When I checked my phone after waking up late in the afternoon, I saw a message from a very dear friend “Publish your interview with Irfan at least now.” I went on to a news portal and saw that Irfan Khan had died. The interview my friend mentioned was conducted some six years ago, one afternoon, during a car ride from Bombay to Pune.

It was to be part of a book documenting actors born without silver spoons in their mouths, who came from different elsewheres and, through sheer talent, built a substantial body of work, bucking the mainstream and often owning it, nobodies who made their debut after privatisation happened to India and to Hindi cinema, and became somebodies.

Irfan was the first name on my list. But then, several interviews later, the project lost steam as much else in my life did and does. I went back to the interview today but found that reproducing it as it was would be of no use since whatever Irfan says is already available in several interviews online.

The journey of growing up involves killing one’s father and finding a new one. Irfan was one of the fathers I found. The first time I saw Irfan on screen was sixteen years ago, in 2004. Late one night, in Patna, at my grandmother’s place, a few of us sat in front of the television and watched Haasil, which the local cable operator had relayed.

We watched it from beginning to end and were mesmerised by the actor who played, with curdling brilliance, the role of Ranvijay. The cable operator would shut the film before the end credits rolled and we didn’t get the name of this actor. We wondered who this actor was and after days of struggle found out that his name was Irfan Khan, a Muslim fellow like us.

I entered college in 2008 and this was the beginning of a process of unlearning many things. One of the most difficult phases was when I had to unlearn the image of my own father, the father I had loved, respected, revered and looked up to all those years.

I thought he was liberal and not conservative, unlike the fathers of my friends, but the truth is that he was not. I had failed to see it. I had to learn to see him as fallible and this was a challenge. It was a time of my coming to terms with my identity as a non-believer with a Muslim name. My family just couldn’t take it. They felt I had betrayed them. A lot of nasty things were said on both sides.

Every night I would return to bed battered and bruised from the violence of those conversations. Then, one night, I watched The Namesake and I cried for hours. It helped me bury and mourn the father I had carried, in my head, all those years. Irfan essayed that role with precision. Each movement was made, each dialogue delivered with calculated brilliance yet seemed effortless.

Unlike 2004, when I had to struggle to find his name, I had access to the internet. I started reading about him, from where he was born to where he studied to who he married. In one of the interviews, he spoke about his identity as a Muslim man in this world.

This was a question that I was jostling with in those days. Should I attack Islam to prove myself a non-believer? What are the ways of dissociating with the religion of one’s parents? Is maintaining an amicable relationship with one’s parents if we do not agree on the question of religious practices even possible? Irfan, in that interview, spoke about conviction and reason and freedom.

Irfan was the first father I picked. I would follow his interviews and look to them for directions and advice and would try and follow them diligently. Those days, he was killing it on the international circuit with amazing performances and would bring back names of directors and musicians he had met at some festival or the other.

I remember noting them down and watching the films of Fatih Akin and listening to Aynur Dogan. Whenever I wanted to have a conversation with my father, I would log on to the internet and watch his interviews and his films.

Many years later, when I interviewed him, he spoke about the guilt of not being around for his mother and losing his father at an early age. Those eyes carried so much pain in them when he spoke about it.

In that journey from Bombay to Pune, Irfan spoke about the responsibility of having a Muslim name. He explained to me the differences between the languages of resistance and vitriol, protestation and detestation. He was one of the few actors who used his Muslim name to initiate a dialogue within the Muslim community about certain dated practices.

My abba and ammi called me a few hours ago and asked whether am keeping rozas. I calmly said No. They will call me again tomorrow and I will say No again.

Things have gone from bad to worse in the last six years but we have to be resilient and patient and keep on doing what we can and continue the fight. Bigotry and intolerance and hatred is everywhere, in the confines of our homes and on the ramparts of Red Fort. We have to resist both.

I have been alone in this house for the last forty days and negotiating everything has been very difficult. There are days when I fail to water my plants. I haven’t disposed of the garbage for almost a week. I have not been able to write. I feel there’s no point in doing anything.

Corona may or may not kill us but this government most certainly will. There’s no point, it often seems, in protest and dissent.

But today, as my chosen father died, I am hopeful. I remember how he continued to do what he had to do. I remember his words, “Acting is not about the result but about the process, the journey in that moment. We all know the result. Yeh mitti hi khayegi humein, Zeeshan sahab. Jab tak upar hain tab tak bas lage rehna hai.” All I want to say to Irfan is am trying. Thank you for everything. Lage rehna hai!