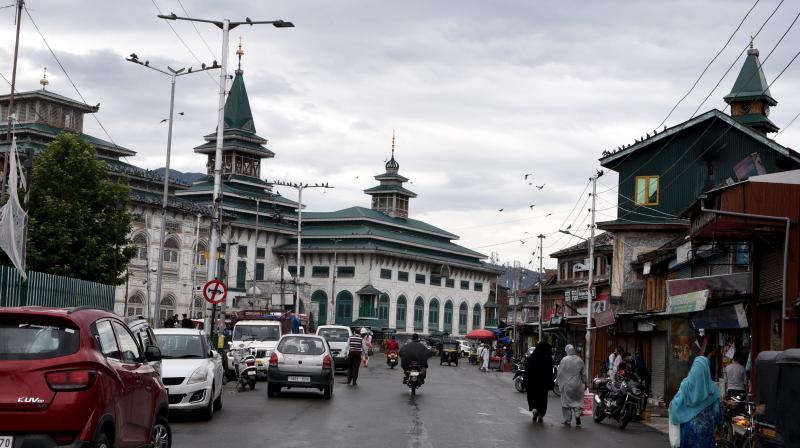 Srinagar: Apart from the political vacuum created by the denaturing of Article 370 and the stifling of dissenting voices, and the devastation of the economy, the Year of Abrogation of Kashmir’s special status within the Indian Union has brought a legal upheaval in the Valley. New Delhi has in unseemly haste introduced several new laws and altered many existing ones in the sundered entity called Jammu & Kashmir (J&K), much to the dismay of vast sections of the population.

The authorities insist the enactments are legally sanctioned and follow the pattern set by the abrogation of Articles 370 and 35A of the Constitution. But people in the Kashmir Valley as well as in Jammu ask why not a single such law has been introduced in Ladakh, which was hived off the state.

With no one in the government even attempting to answer this justifiable question, people tend to believe that the changes wrought to J&K’s statute are ill-intentioned. Especially, the new domicile law introduced earlier this year has triggered fears that this is the beginning of demographic changes sought to be brought about in the predominantly Muslim J&K.

Reports pouring in from the plains of Jammu say thousands of non-local people have been granted domicile certificates during the past couple of months. The beneficiaries include IAS officers, their family members, refugees from erstwhile West Pakistan and members of the Balmiki Samaj and the Gorkha community.

Under the new domicile law, all those persons and their children who have resided in J&K for 15 years or studied here for seven years and took the class 10 or 12 examination in an educational institution in the UT are eligible for domicile.

Besides, migrants and their children who are registered with the Relief and Rehabilitation Commissioner are being granted domicile certificates. Children of those residents of J&K who reside outside the UT in connection with their employment or other professional or vocational reasons have also become eligible for grant of domicile status.

While various political and social groups in Jammu have publicly expressed apprehensions that they might lose their land and identity as a consequence of the new domicile law, the dominant public view in the Valley is that India is transforming Kashmir into another Palestine.

“There are instances which clearly indicate that the government of India is following in the footsteps of Israel to change the demography of J&K and assimilate it socially and culturally after altering its Muslim majority character.  People are worried,” said Noor Ahmed Baba, political analyst and former professor in the University of Kashmir’s political science department.

Jammu & Kashmir’s mainstream parties including the National Conference (NC), People’s Democratic Party (PDP), People’s Conference besides the CPM and separatist organizations too have termed the issuance of domicile certificates to non-locals as the first major step towards changing the demography of the state and as a move “planned by the government at the behest of the RSS”. The J&K National Panthers’ Party which enjoys public support mainly in Jammu too has strongly opposed the new domicile law.

They say the issuing of domicile certificates to non-locals is “ill-advised, arbitrary and dishonest” as the Supreme Court has yet to decide on a series of petitions challenging the abrogation of Articles 35A and 370. They caution the government that its “misadventure” is fraught with grave consequences for the state and the country as a whole.

However, some political groups including the Panun Kashmir which claims to represent displaced Kashmiri Pandits have welcomed the new domicile law on the premise that this would end decades of discrimination meted out to sections of people living and working in J&K including those in the armed forces and the progeny of permanent female residents of the erstwhile state married to non-locals.

Endorsing this view, Jammu’s divisional commissioner Sanjeev Verma said, “Many, many people who have been residing in J&K for more than 70 years but were deprived of their legitimate citizenship rights will be benefited which is something all should welcome.”

However, CPM leader Muhammad Yusuf Tarigami warned, “Changing the demography of J&K, plundering its people of their identity and going back on constitutional guarantees and commitments of the country’s leadership which provided the basis for the state’s accession will only invigorate alienation”.

The PDP spokesman alleged, “As the agenda unfolds, it becomes clear that along with the intended demographic change, the target is also jobs, natural resources, cultural identity and everything that the people of J&K tried to save by acceding to India with firm constitutional guarantees.”

His counterpart in the BJP, Anil Gupta, however, rejected the criticism as “unfounded, motivated and part of a misinformation campaign aimed at misleading people for political reasons.” He said, “The new domicile law will neither change the demography nor snatch the jobs of the local youth. It will, however, end certain discriminations and injustices which were there but went against the constitutional guarantees.”