Why did the English stay behind

There was no analysis of how Partition came about, though several historians had their partial say. 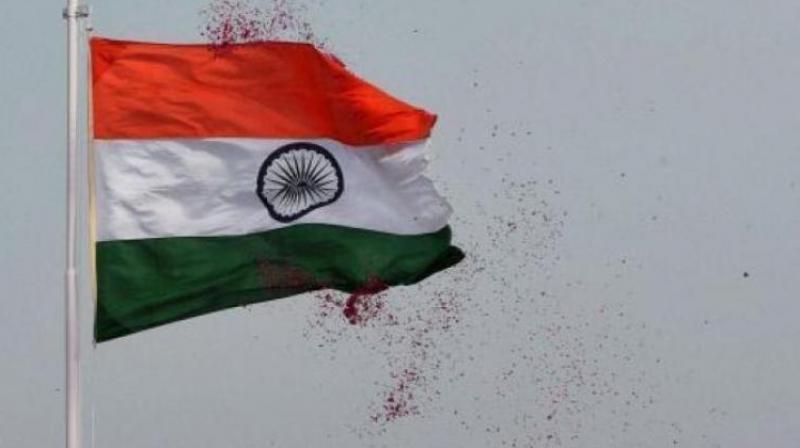 “When I think of what might have been
That you’ be king and I’d be Queen –
Or is it the other way around?
These rhyming rules always confound
Most of the things I want to say –
Let’s leave it for another day!”
From Waat e dees? Komdi ka Pees by Bachchoo

The 70th anniversary of Indian Independence was intensively marked by some of the British media, notably the BBC. Several TV series celebrated the occasion,  almost all of them concentrating not on the fight for decolonisation, but on Partition. There were stories of disaster, of despair of hope, of friendship and heroism,  of terror and sacrifice.

There was no analysis of how Partition came about, though several historians had their partial say. Survivors of the trauma of Partition were invited to recollect. People from both sides of the border, who were children or teenagers at the time, voiced their recollections of the horror, chaos and, in very many cases, the kindness and shelter they were given at great risk to themselves, by neighbours and friends — Muslims helping Sikhs and Hindus , and vice versa when the antagonisms turned to pogroms.

BBC radio, departing from the strictly Partition agenda and going literary, broadcast an abridged version of Salman’s Midnight’s Children in chunks of varied lengths throughout one day, suspending or replacing their normal programmes. None of the TV channels broadcast Gurinder Chadha’s Viceroy’s House, which could have been a very apposite offering , bringing an engaging film to a wide audience. For that matter, no channel featured the several films that exist on Partition, notable among them Channel 4’s Pamela Rookes’ Train to Pakistan. (Okay, a bit of product placement as I commissioned it when I worked there).

The enterprising right-wing weekly the Spectator, in the service of roundedness, I suppose, ran the recollections of one of the British women whose family left India after Independence and sailed with hundreds of other families to a cold, alien and hostile place, which was for her, only in name, “Home”. She was a child at the time that her father dispatched the family, staying behind to continue a career in the army which he had served in the Raj’s Dogra regiments — soon abandoning India, totally disillusioned with the impotent efforts to stop the killings in the tragic transfer of populations. The writer said she missed her ayahs. Her evidence, though moving, proves what is to Indians obvious: that her disorientation and nostalgia on departure were not for an India known to Indians, but for the colony, company and ways of the Raj and its servants.

What I didn’t see in the collection of memoirs and reports of fate — and perhaps as a viewer and reader I missed it  — was the testimony of the British who remained, for one reason or another, in India. From between the ages of eight and 10 I remember several of them who were my teachers and some who were not. My recollection includes enquiring into why these men — they were all men — seemed unlike others I knew and imbibing, even at that age, an explanation as to why they had remained behind when their compatriots had returned to Vilayat.

This was the 1950s and the physical education (PE) teacher in our school in Pune was called Mr Thomas Sewell. Out of his hearing we referred to him as “Tom”, and in his presence very sheepishly as “Sir”.

He had been a sergeant in a regiment of the British Indian army. He had a wife who was, I supposed also Welsh and two sons who were very prominent athletes and senior pupils at the school when I joined at the age of eight.

Mr Sewell was a memorable character in his khaki shorts and white shirts, taking charge of us during PE periods in the grounds of the school, where we would drill and exercise on the bars and climbing ropes which hung down from the branches of the abundant banyan trees in the rear compound known as “the lowers”.

Apart from the ropes for us to climb, the brown, bunched banyan roots hung down from the branches and had been adopted by Mr Sewell as his favourite weapon of chastisement and correction. He would break a hanging root off and use it as a whip to encourage the slow and supposedly reluctant.

Why was he there, training Indian boys and riding his bicycle round the inner track of the horse Race Course, supervising and keeping speedy a hundred pupils running round the course for athletic practice? Why hadn’t he gone back to Blighty?

Some said he loved India and others said he was Somebody here and would be Nobody when and if he returned to Wales. Still others said his wife’s purity of race was in doubt — she may have been a Eurasian with some Indian genes in her and Tom didn’t want to risk being ostracised as not quite British if he returned.

Perhaps the real reason was that Tom Sewell found himself settled in the two rooms his family lived in at the end of the ex-army barracks which the school had acquired as its boarders’ quarters. His sons went to a pseudo-public school and would graduate and move eventually to England. I didn’t at that age appreciate the lethargy that existence imposes, but now that I do, I suspect it was the reason Tom remained in Pune and caused me to feel the painful stroke of his banyan root for not standing firm in a boxing match.

There were others. There was Mr Aiken, our geography teacher who was, though an Englishman, clearly at home in the Anglo-Indian milieu of our school. I was caned by him too — for reading a cowboy novel called Gunsmoke Gold under the desk while he was instructing the class on the river systems of India.

So were there real reasons for why they stayed behind or did they just enjoy whipping Indian boys?