An exercise has been quietly launched to overhaul the Union home ministry and make it 21st century-ready. 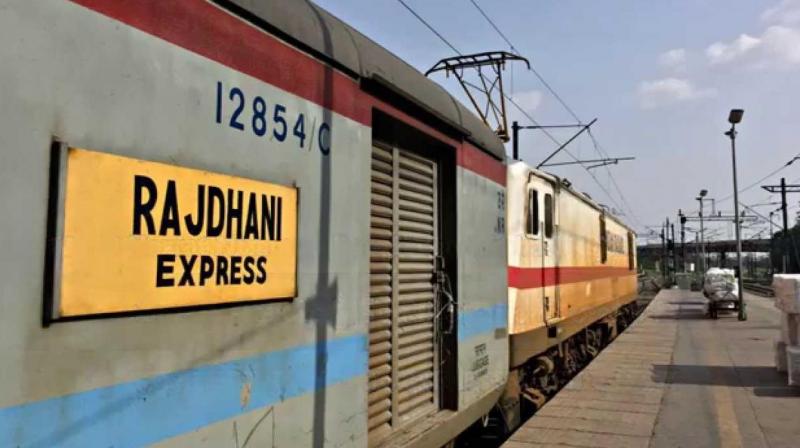 The new Rajdhani, there are two already, is likely to have 14 coaches instead of the existing 24 coaches and a more powerful engine to ramp-up speed.

The railway ministry is in a tizzy dealing with the aftermath of a spate of rail accidents in recent weeks. After the Utkal Express derailment, several senior officials were suspended or sent on leave. Rail babus are under tremendous pressure to put safety back on the tracks.

But this hasn’t stopped the Railways from introducing a brand new Rajdhani Express between Mumbai and Dilli, which is expected to cut travel time from 15 hours to 13 hours. The train is likely to be introduced before Diwali. Trial runs for the new train have begun, according to sources, and it will run between Bandra and Nizamuddin stations. The new Rajdhani, there are two already, is likely to have 14 coaches instead of the existing 24 coaches and a more powerful engine to ramp-up speed.

The great urgency to introduce a faster Rajdhani is to stem the loss of passengers to airlines as fares in the AC classes is most of the times higher than flights. Moreover, the dynamic pricing in premium trains such as Rajdhani, Shatabdi and Duronto has veered many passengers away from premium trains. But given that passenger safety has become a major issue with the public, will the new train inspire restore confidence in Railways? Rail babus are hoping for a “yes”.

MHA prepares for future
An exercise has been quietly launched to overhaul the Union home ministry and make it 21st century-ready. Sources say that the government has set up a three-member committee comprising of Prof Ajay Shah of National Institute of Public Finance and Policy, former Intelligence Bureau chief Dineshwar Sharma and former Union secretary for border management, A.K. Mangotra, to study and prepare a plan to overhaul the functioning of the ministry.

The panel will study the ministry, including its structure, laws it implements, its finances, coordination and flow of information related to national security and law and order, and challenges facing the country. It has been given time until March next year to submit its report. During this time, the members will hold discussions with MHA officials, security forces, investigation agencies under its purview and the police. Based on their findings, there is likely to be a major change in the ministry’s functioning soon, it is suggested.

Many babus concede that the ministry cannot afford to function along the model established decades ago. Emerging scenarios like cyber-security and technological developments pose a serious threat to internal security. The panel is expected to make recommendations that will make the ministry ready for the future.

Recently the situation has worsened with principal secretary Umakant Panwar opting for voluntary retirement. He has now been adjusted by the government and is now heading the Uttarakhand State Centre for Public Policy and Good Governance Institute. At the same time, additional secretary Sridhar Babu Addanki has also left for deputation to Andhra Pradesh.