Mystic Mantra: The way to mindfulness

Dhikr is a powerful means of building self-control and striking a balance between the spiritual and the mundane. 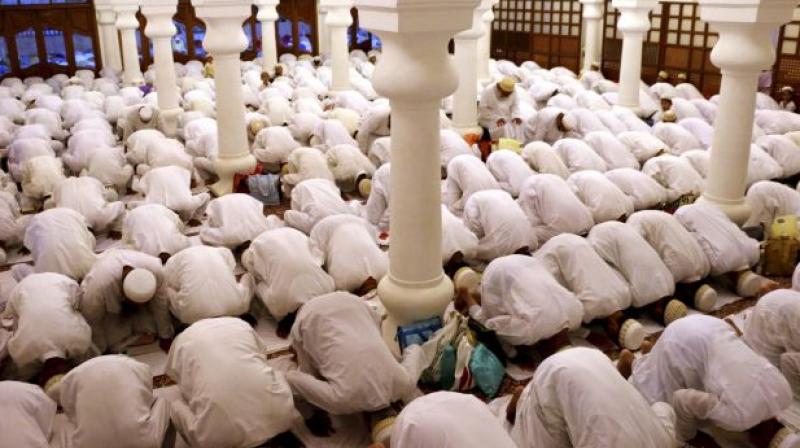 By humbling before God five times each day, supplicating to God in private moments, and remembering God through the repeated phrases of dhikr, they seek to mould their minds and thoughts into a way pleasing to God.

Those who believe, and their hearts find satisfaction in the remembrance of Allah: by remembering Allah truly satisfaction comes to the heart. (Quran 13:28)

A key devotional act of Muslims for achieving mindfulness is known as dhikr, or Remembrance and signifies the contemplative dimension of Islam.

It is basically the same as chanting the rosary in Catholicism, except that Islam has a great variety of phrases that may be repeated to enhance the consciousness of God (There are over 50 to choose from!).

Muslims usually carry beads on a string much like Catholics do. They are called tasbihs or masbahas, from the Arabic word for glorify.

The goal of dhikr is attaining piety and self discipline.

Dhikr, also spelled Zikr (that means reminding oneself in Arabic) is a ritual worship or litany practiced by Muslim mystics (Sufis) for the purpose of glorifying God and achieving spiritual perfection.

Based on the Quranic injunctions Remind thyself of thy Lord when thou forgettest (Q18:24) and O ye who believe! Remember (udhkur) Allah with much remembrance" (Q33:41) the dhikr is essentially a “remembering” of God through repetitive recitals of His names.

It involves focusing attentively on the names of God and negating the ego, then he or she starts to experience God. From then on, you see God with the inner eyes of the heart.

The struggle for internal balance and control of the self is as old as mankind. Dhikr is a powerful means of building self-control and striking a balance between the spiritual and the mundane. It is a way of adapting one’s life, to subjugate the evil instincts and vicious ambitions like lust, greed and hatred.

Islam has a beautiful word to describe this war against man's carnal instincts. It is called jihad, also called I the “greater jihad”, or “greater struggle” as against the general meaning conflating it with armed combats: the struggle to resist temptation, combat one’s own evil traits and imperfections, and become a better person in God’s sight.

As the Sufi schools (ar qahs) were established, each adopted a particular dhikr, to be recited in solitude (e.g. following each of the five obligatory daily prayers) or as a community. The dhikr is also a method the Sufi may use in his striving to achieve oneness with God.

The whole philosophy of chanting set words or phrases over and over is rooted in psychology: Whatever you fill your mind with that is what you will believe.

All dhikr should be said in Arabic for maximum benefit. Any phrase or word may be chosen and chanted. There are longer formulas for remembrance — some are paragraph- long! The Prophet taught each of them, and many of them carry prescribed number of rewards from God for their performance.

The Islamic worship is both unique and comprehensive. By humbling before God five times each day, supplicating to God in private moments, and remembering God through the repeated phrases of dhikr, they seek to mould their minds and thoughts into a way pleasing to God.