Ramazan offers an opportunity to emulate the glorious social characteristics of the Prophet (pbuh). 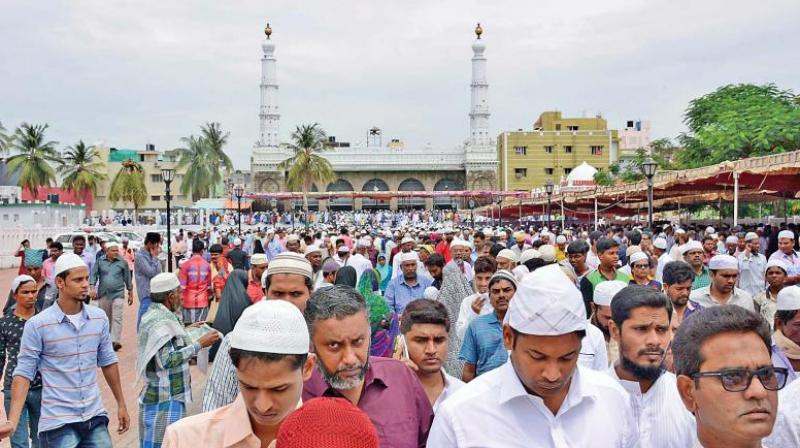 The holy month of Ramazan is an opportune time not only to keep fasts, but also to fill hearts with mercy and compassion and hands with generosity. (Representational image)

The holy month of Ramazan is around the corner. It comes with the most sacred days and events of the entire Islamic calendar including the Shab-e-Qadr (Night of Power) and Fath-e-Makkah (the Conquest of Mecca).

Now Muslims around the world will fast from dawn until dusk and devote much of their time in prayers. But along with various forms of worship and supplications, this month also serves as an occasion for them to come close to people from all walks of life. Therefore, they are enjoined to share the iftar meal with as many people as possible. The core objective is to bring people together and imbibe in them the spirit of sharing, caring, generosity and compassion which ultimately build the desirable personality trait of sociability.

In fact, the quality of being sociable is one of the glorious prophetic traditions which should be highlighted during the Ramazan. Prophet Muhammad (pbuh) described the attributes of being sociable, kind-hearted and good-natured as the signs of true belief in Islam. “A true believer is someone who is “ma’laf” (sociable and compassionate)”, said the Prophet. “There is no good in someone who neither likes others nor is liked by them”, he added.

This hadith tradition clearly states that the more sociable you are towards others; the more virtuous and purer your faith in Islam is. This is why individualism and exclusivism are forbidden in Islam. The Prophet (pbuh) is reported to have said: “Always meet the group (of people) and beware of individualism, for Satan is with the one, but he is more distant from the two. And whosoever seeks the divine bliss has to stick to the group”.

Ramazan offers an opportunity to emulate the glorious social characteristics of the Prophet (pbuh). He was greatly altruist, with his selfless concern for the well-being of others. Throughout his entire 63-year life in Makka and Madina, he showed kind-heartedness and assisted the weaker and poorer sections of the society. But he would become more sociable and generous during the days of Ramazan, as many of his companions report. Ibn Abbas, famous companion of the Prophet narrates: “The Messenger of Allah (pbuh) was the most generous of people and he was even more generous in Ramazan when Gabriel would meet him to study the Quran. He would be more generous than a nourishing wind”. (Sahih al-Bukhari)

Thus, the holy month of Ramazan is an opportune time not only to keep fasts, but also to fill hearts with mercy and compassion and hands with generosity. It was in a Ramazan when Muslims achieved a crowning victory over their oppressors in Mecca — the tribe of Quraish. On this occasion, a few Muslims, overjoyed with the victory, loudly said: “Al-Yum Yumul Malhama” (“Today is the day of retaliation”). This proclamation was strongly rejected by the Prophet of mercy. He said: “La al-Yaum Yaumul Marhamah” (“No, today is the day of compassion”).