Help those in need, but avoid quotas

Jayant V Narlikar
The writer, a renowned astrophysicist, is professor emeritus at Inter-University Centre for Astronomy and Astrophysics, Pune University. He was Cambridge University’s Senior Wrangler in Maths in 1959.

The affirmative action required should improve their capabilities as well as respect their self-confidence. 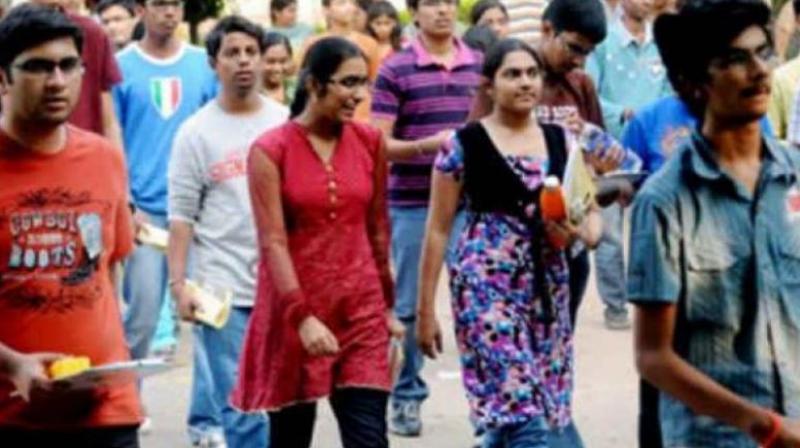 I wish to share the following incident with the readers of this column. It occurred in my institution at a time when I was its director. We were in need of a senior computer expert. According to the existing norms, the post to be advertised fell within the reserved category. As we sent the ad, we were not sure whether it would fetch a good many applications from the specified category.

And our fears were realised. As the deadline of applications approached, we had drawn a blank. Given the need of the institution, we had to have a competent person.

As I discussed the matter with a senior colleague, he shared a useful piece of information. He said that one Mr X, who had been working in our computer centre on a contract basis had fulfilled all our advertised conditions. What was also important — he was a competent person.

But why had he not applied? Had he done so, he would have easily made it to the final round given the number of applications received. Moreover, the stipend he was getting on contract would be far less than what this post would have brought. He would also avail other benefits normally available in government service. Why then had he not applied?

I called Mr X to find out why. Had he missed our advertisement? Surely that was not the case.

After much prodding, finally he explained. He knew that he belonged to the reserved category and that technically he was qualified for the post, but he did not want to come through the reserved channel. A stigma would be attached to his ability, namely that he got the post because it was reserved. He would rather come through the open channel even if that meant waiting. A few years hence he wanted his biodata to look that much more attractive.

While I could see that he had a case, a perfectly good one, I requested him to apply, promising him a good recommendation if, later, he wished to apply for another job.

My request was in the interest of the institution where he was working. He agreed. But as I thought over the matter, I could see the way the existing reservations policy was ignoring one important aspect, — the self-confidence of persons it was meant to help.

In this context, the Karna-Shalya incident is worth recalling from the epic Mahabharata. When Karna was made the head of Kaurava army after Dronacharya’s death, his main job was to kill his bête noire, Arjuna. For that, Karna needed a good charioteer, someone as good as Krishna, who was Arjuna’s charioteer.

The most proficient person in that art was Shalya, the king of Madra state, who happened to be the maternal uncle of the youngest twin Pandavas. At Karna’s request, Duryodhana approached Shalya, who had joined the Kauravas in the war because of a trick played by Duryodhana. Shalya was reluctant to oblige but agreed finally.

The Pandavas told him that in his role as the driver of Karna’s chariot, he would be ideally placed to destroy Karna’s self-confidence.

This did happen, as Shalya lost no opportunity to harp on the fact that Arjuna was superior to Karna as a warrior. This trick did lower Karna’s self-confidence and played an important role in the final battle between Karna and Arjuna.

I recall mentioning the X episode at the Rais Ahmad Memorial Lecture in Aligarh. I emphasised the importance of nurturing self-confidence and suggested that instead of reserving posts and admissions to educational institutions, those in the reserved categories should be helped through training classes, scholarships and book grants so as to make up for the “uneven playing fields” between the standard and reserved categories. After this training they should be able to compete on equal terms with the rest. This way there will be no stigma attached to “reserved” candidates.

A few newspapers carried the text of the lecture. I therefore expected some pro-reservation activists to rise in protest. This did not happen, so I assumed that the logic of my argument was acceptable.

I was, however, very happy to receive a letter from a girl appearing in the higher secondary examination. She identified herself as coming from the reserved category. She then went on to say that people like her do not like the all-too- easy way offered by reservations. They value their self-confidence and wish to retain it, as did Mr X.

During a recent visit to South Africa, I was anxious and curious to see how that newly-emergent nation handled its affirmative action policy. In the apartheid days, blacks, Indians and coloured were denied democratic rights and suffered a lot. How did the new system atone for those sufferings?

Looking at the legislative steps taken, one sees a more relaxed and pragmatic approach with different circumstances requiring different steps.

For example, where these oppressed majorities had suffered through loss of their rightful land, they were compensated by grants of land.

In situations where government positions are to be filled, the affirmative action consists of special training provided to those who had earlier missed out on the opportunities to compete in the open system.

In sports, which, earlier were whites-only, there are more opportunities for the likes of Amla, Tso-Tsobe and Maharaj.

In short, reservations are motivated by the nation’s desire to right the wrongs committed earlier against specific communities and groups of its citizens. The affirmative action required should improve their capabilities as well as respect their self-confidence. Also, with limited resources, the benefits of reservations should be shared by the most deserving.