Meghan drew applause when she spoke up about the Me Too and Time’s Up campaigns and in support of women’s empowerment. 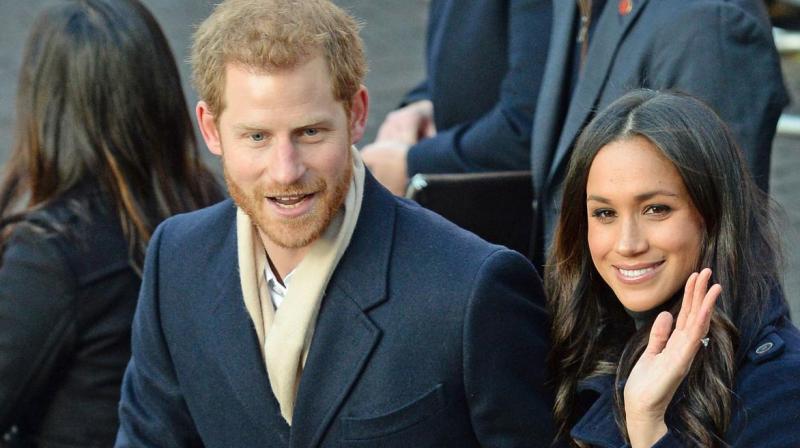 It was a white Holi in London with snowflakes being flung on us, instead of gulal. The “Beast from the East”, as the blizzard was called, made temperatures plunge to minus seven degrees. People were encouraged to stay indoors, to watch the snowfall which always makes such a pretty picture — or watch TV channels where all the breaking news were weather reports! Definitely more exciting than Brexit!

Others more adventurous than us had put on their skis and tried out their skateboards as hundreds of schools remained closed, and many could not travel to work. More than 1,250 flights were cancelled and irate passengers piled up at Heathrow, while vehicles and even trains jammed into snowdrifts all across the country. Unusually for the UK, more than 18,000 went without electricity as some power grids were affected. Calculations show that the economic cost of the “Beast” (which incidentally blew in from Siberia) has been more than a billion pounds a day!

And once the sub-zero temperatures climbed higher — the north east was flooded. This is not exactly as bad as Mumbai in the monsoons — but once you have a freak storm like this, everything tends to fall apart. But to be honest, we were thrilled to be at home just reading and writing. For once there was a very genuine excuse not to go out!

Yes, the tragic death of the beautiful actress Sridevi was also reported by the British media, though they were as befuddled as many of us — not so much by her sudden death (which remained mysterious) but in the bizarre manner it was initially reported in the Indian media, on some channels… especially those items which were headlined as “Bathtub of Death”. (Really?) And we learnt how correspondents tried to get into bathtubs to prove it was impossible to drown in one. Oh well, at least those in the UK who did not know about Sridevi, learnt about her in death — even if through a script that seemed to have gone completely awry.

Really sad, considering that a first class actress, who should have been appreciated for her talent, just became part of the “Bollywood” masala myth which remains prevalent here.

The Fourth Plinth at Trafalgar Square has had a series of politically correct and incorrect displays. Those of you who’ve been to Trafalgar Square would have noticed the contemporary art which is normally perched up there — and David Shrigley’s Really Good (which was a slightly phallic looking “thumbs up”) has been among the more memorable in recent times.

Meant for a statue of William IV, the plinth was bare for 150 years — as enough funds were never collected for the proposed sculpture — and finally in 2005, a rather moving statue, dedicated to artist Alison Lapper by Marc Quinn was placed there. The statue had a special significance as Ms Lapper was pregnant when the sculpture was made. Due to phocomelia she had been born without arms and very short legs. The sculpture was brave and poignant and a very good start for the Fourth Plinth.

This year the selected artwork has a political and cultural significance — as artist Michael Rakowitz has created a sculpture called “The Invisible Enemy Should Not Exist”. This is a depiction of a “lamassu” — which once stood near Mosul, in Iraq. It’s a reflection of Mr Rakowitz’s Iraqi heritage, as the lamassu was an ancient winged bull with a human head. But instead of using stone — he has recreated this mythical creature with 9,000 cans of date syrup! There are many metaphors hidden in Mr Rakowitz’s work — and this one captures the ecological changes in Iraq, through the disappearance of the date trees, where once it grew the best dates in the world. Iraq’s cultural heritage, like the “lamassu” has also vanished. It’s an interesting mix of the contemporary and the ancient.

So remember to catch a glimpse of the Fourth Plinth, end of March!

And now for the latest headline act from the Fab Four! And no, these are not the Beatles or the Spice Girls. The latest all singing, all dancing group is none other than the young royals. At a recent function to support a charity, Prince William, Kate Middleton, Prince Harry and Meghan Markle all appeared on stage together — leading to some praise (and criticism) of Meghan. Unlike Kate, who has always struck the right chord with the fashion police, Meghan continues to get her wardrobe critiqued, perhaps because she still uses American designers.

More seriously, however, she drew applause when she spoke up about the Me Too and Time’s Up campaigns and in support of women’s empowerment. This was very refreshing as Kate has distinctly underwhelmed with her public speeches. (Though in private functions she is charming!)

Meghan is thankfully poised, and thus unfazed by media or public interaction — and even by the recent revelations of a somewhat revealing blog she had maintained as a struggling actress.

So far she and Harry continue to dominate the headlines with news of the wedding. And since they are also inviting 1,200 “guests of the public” to their wedding lots of people are checking their post… alas, all the total of 2,640 guests have probably all been selected by now and the May 19 event planned for perfection.

But watch out — as Kate will grab the spotlight since the latest baby is expected soon… so the adventures of the Fab Four will run and run!