Will China one day erect a memorial to Tiananmen martyrs?

The students in Tiananmen Square were joined by many other Beijing residents, and it is estimated that their numbers swelled to a million. 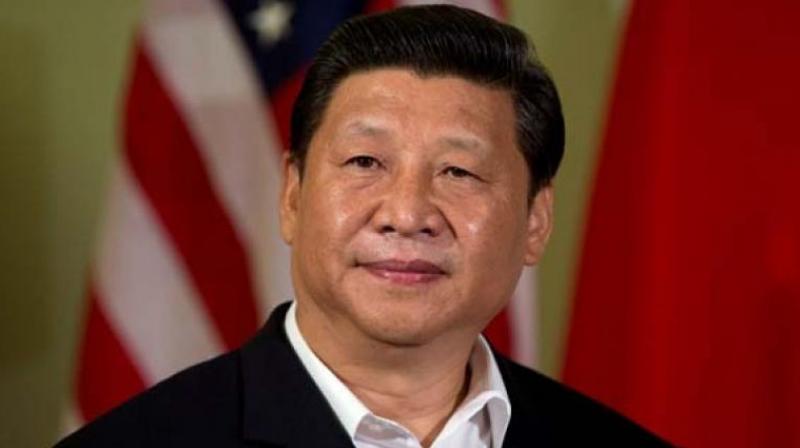 Thirty years ago, a slim young man clutching a pair of shopping bags stood all by himself in front of an advancing column of tanks in the heart of Beijing, providing an iconic image that continues to symbolise the carnage of the previous 36 or so hours.

Nobody seems to know who he was or what became of him, but as a figure of resistance he has few parallels. On June 3 and 4, 1989, the People’s Liberation Army (PLA) mowed down thousands of young protesters in Tiananmen Square. Tank Man came too late to halt the carnage, but he nonetheless stands out as a symbol of the resistance to the authoritarian brutality that manifested itself a couple of months after students, initially many of them from the elite Peking University, had begun voicing their dissent.

The protests followed the unexpected demise of Hu Yaobang, a Communist Party leader who assumed reform would not be restricted to the economic sphere. He had been booted out two years earlier by Deng Xiaoping. His successor, Zhao Ziyang, was similarly inclined. He sought compromise with the students, pleaded with them to suspend their hunger strike in May, and was dismissed on the eve of the military crackdown.

The students in Tiananmen Square were joined by many other Beijing residents, and it is estimated that their numbers swelled to a million. Up to 200,000 PLA troops were deployed to bring them down. Senior military officers had deplored the idea of martial law, but their battalions nonetheless ploughed into the crowds protesting against corruption and the lack of democracy.

Numerous harrowing accounts of what happened on the night of June 3-4 have surfaced in the interim, but the death toll remains a matter of conjecture. Official statements at the time mention 200; foreign correspondent accounts speak of at least 2,000-3,000 dead. British diplomatic documents released in 2017 suggest it was closer to 10,000.

That may be an exaggeration, but eyewitness accounts point to a shocking level of lethal fire, and the victims were not just protesters but those seeking to rescue them. “I saw the People’s Liberation Army in Beijing’s vast Tiananmen Square mow down doctors and nurses from the Peking Union Hospital medical school. In their white smocks and caps they had climbed out of an ambulance to aid the mothers and fathers of students shot in the square a few hours before,” recalls the Observer correspondent Jonathan Mirsky.

The Chinese authorities do not wish to remember Tiananmen, but sometimes just cannot help it. Questioned by a member of the audience at a forum in Singapore, defence minister Wie Fenghe declared: “That incident was political turbulence and the Central government took measures to stop the turbulence, which is a correct policy. The past 30 years have proven that China has undergone major changes” and “China has enjoyed stability and development”.

The Global Times, a mouthpiece for the ruling party, noted on Monday: “The Communist Party of China and the Chinese government have determined the nature of the incident... Dropping the incident thereafter has been aimed at helping the country leave the shadow behind, avoid disputes, and help all Chinese people face the future.”

It added: “We consider such practice a political success… Merely afflicting China once, the incident has not become a long-term nightmare for the country. Neither has the incident’s anniversary ever been placed in the teeth of the storm. It has become a faded historical event, rather than an actual entanglement.”

The “teeth of the storm” have since then been blunted by the Communist Party’s determination to neutralise all dissent. The advent of Xi Jinping has silenced most criticism. Lately, the party has had no qualms about incarcerating or “disappearing” Marxist activists from Peking University who fret over the trajectory of China’s undoubted economic development over recent decades, whereby millions may have been lifted out of abject poverty, but the process has been accompanied by glaringly capitalist disparities in the accumulation of wealth.

China has also incarcerated upward of a million Uighurs in its drive to smother all dissent, quite possibly sowing the seeds of a future rebellion. The notion that its economic advances would be accompanied by political relaxation has been thwarted at every juncture, and Beijing’s determination to establish an international presence reeks of neo-imperialism.

The events of Tiananmen Square do not form a part of Chinese history lessons. But all too many people remember what happened in 1989, and some are not oblivious to what’s happening today, even as China challenges the US and is expected to overtake it in due course as the world’s largest economy.

As the Belgian sinologist Simon Leys noted, “When operating on the scale of China, history adopts another rhythm.” There’s still scope for hoping, though, that one day Tiananmen Square will host a monument to the martyrs of 1989.