Ho Chi Minh’s Vietnam peaceful, but is like China

The multitude determined to give them a rousing welcome consisted mainly of students, political activists and trade unionists. 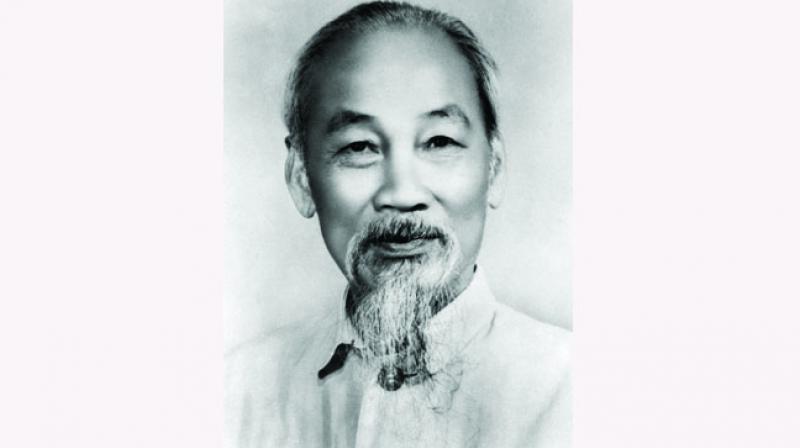 An abiding childhood memory is of being on the edge of the largest crowd I had seen. It filled the forecourt of the old Lahore airport and packed the road leading up to it as far as the eye could see.

The occasion was the arrival of a small delegation from the South Vietnamese National Liberation Front (NLF), consisting of two women — one middle-aged and diminutive, the other somewhat younger — and a male interpreter.

The multitude determined to give them a rousing welcome consisted mainly of students, political activists and trade unionists. Its composition and enthusiasm serves as a salutary reminder of how much Vietnam resonated in those days as the most potent symbol of resistance to imperialist aggression, with frequent demonstrations of solidarity pretty much across the world.

I was nine or 10 at the time, and cannot recall the exact month and year when the NLF delegation arrived, but it was probably early 1969 or late 1968, almost certainly well before Ho Chi Minh died 50 years ago this week, on September 2, 1969.

Ho tends not to get his due in the pantheon of 20th-century revolutionary icons stretching from Vladimir Lenin and Mao Zedong to Fidel Castro and Che Guevara, partly because he was a relatively humble leader with a poetic sensibility who wore his erudition lightly. There’s footage of him driving up to his inauguration as the Democratic Republic of Vietnam’s first Prime Minister in the aftermath of World War II in a ramshackle vehicle with outriders on bicycles, and emerging in a pair of khaki shorts.

His proclamation on that occasion deliberately echoed the opening sentences of the US Declaration of Independence. At that point in history, many colonised nations tended to perceive the US as a potential saviour, given Franklin D. Roosevelt’s apparently robust opposition to the empires of its European allies, notably Britain but also France.

Almost three decades earlier, Ho Chi Minh had also sought, at Versailles in 1919, to win the support of US President Woodrow Wilson towards liberating Vietnam from French overlordship. Even back then, Ho was more than a radical nationalist in the best sense of the term, militantly challenging imperialism in an internationalist context inspired by both Lenin and Gandhi. He had travelled west as a potential student, but became an apprentice pastry chef, among other menial jobs, and spent time in the US and Britain apart from France, before travelling to the Soviet Union, where he worked for the Comintern, and China. In 1920, he was a founding member of the French Communist Party.

Ho’s largely undocumented early life remains a matter of dispute among historians, but he was clearly at the helm of the liberation movement when the Western Allies handed “French Indochina” back to France in the aftermath of World War II. Incidentally, crucial in this imperial enterprise was British general Douglas Gracey, who in 1948 became the second commander-in-chief of Pakistan’s armed forces.

Once the Viet Minh forces, under the leadership of the legendary general Vo Nguyen Giap, had dealt a death blow to the French colonial forces at Dien Bien Phu in 1954, the Eisenhower administration in Washington effectively decided to take on the white man’s burden. Vietnam was divided, but that very year’s Geneva agreement proposed reunification elections. They never occurred, because it was all too obvious that Ho Chi Minh would win.

It was all downhill from there, leading some 10 years later to full-fledged American intervention under Lyndon B. Johnson and his predecessor, John F. Kennedy. In 1967, replying to a letter from LBJ calling for negotiations, Ho Chi Minh advised him to end the aggression first. “The Vietnamese people,” he wrote, “… will never accept talks under the threat of bombs. Our cause is absolutely just. It is to be hoped that the US government will act in accordance with reason.”

That wise counsel has, unfortunately, never been an option for the US. Having ignominiously lost the war in Vietnam in 1975, not long afterwards it was invading other countries and agonising about overcoming the “Vietnam syndrome”. Vietnam, on the other hand, has been much more successful in overcoming the American syndrome.

Sadly, despite repeated ructions with China, it substantially follows the latter’s model of a one-party authoritarian state that permits all manner of capitalist excesses while clamping down on all forms of dissent. Ho Chi Minh is still revered, but this is unlikely to be what he had in mind when he declared that a Vietnam 10 times more beautiful would arise from the rubble left behind by a criminal war.

It’s a peaceful country, though, and it’s worth noting that when the forces of liberation were finally victorious six years after Ho Chi Minh had died, Australian journalist Denis Warner noted: “When the North Vietnamese marched into Saigon yesterday, they were led by a man who wasn’t there.”