The good old days at Bishop’s

Frank Freese’s residence seemed unchanged from the days when “Artie” Lunn occupied it. 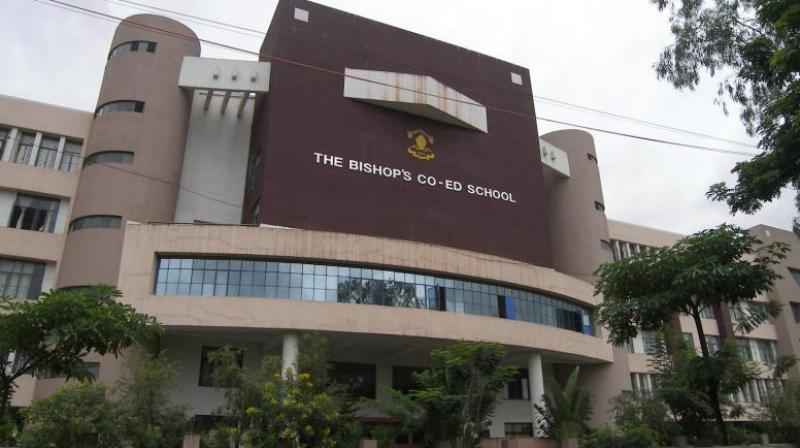 “There were sadder moments
Symbols making cause
At the zoo with Bapawaji
The monkey’s paws
Held through the bars
A plea for change or mercy?”
From Kahey Ghabooraen
by Bachchoo

A curious email arrives with a news link telling me about a riot at Bishop’s School, Pune, where I went as a boy. Thirty parents, teachers and pupils had protested at a meeting of the school’s governors against the enforced retirement of Frank Freese, the CEO and principal for 18 years of three associated schools.

The protest turned nasty and the police was summoned and made arrests, charging 15 demonstrators with rioting, trespass, unlawful assembly, damage to school property and assault on a lady governor.

Having graduated from Bishop’s in 1958 and, after college, having moved to the UK to study and subsequently spent most of my life there, I have had very little contact with the school but have kept abreast of reports I get in emails from those who shared my school years.

There were never any riots in my time, though some things that went on would have merited moral censure if not criminal prosecution. There were scandals: a master’s wife reputed to have liaisons with senior pupils ultra-rich and maharaja stock; some teachers with reputations as paedophiles; senior boarder prefects, who occupied improvised rooms in remote nooks and crannies of the school’s rambling buildings, smuggling prostitutes into their rooms at night; bitter fights between the families of teachers who lived in the school compound breaking out into entertaining if foul-mouthed verbal battles…

The scandal that did rock the school’s reputation was the allegation that our beloved headmaster Arthur Lunn, a brilliant teacher, scoutmaster and succinct leader, had sexually molested some underage pupils. I hasten to add that there was no legal conviction for any such offence but he did resign in the wake of this accusation — and even those who keep in touch with the gossip of the school have no knowledge of how the allegation(s) came about. It was a very disconcerting accusation but reinforced for me by 50-year-old memories of whispers of the same offence during our time. Did his resignation and virtual exile mean he was resigning to save the reputation of the school, or was it a tacit admission of guilt and indication of a deal that no further consequence would result if he fell on his sword? Any innocent individual of Lunn’s intelligence and stature would have, I reasoned, stood and fought his corner. These could be read as smoke signals from flaming moral rubble.

I wrote about the allegation in this very column and a few months later, being in Mumbai was invited to an “old boy’s reunion” of Bishop’s ex-alumni of my time. I went to a gathering of 30 or 40 Old (literally) Boys and was roundly attacked for publicly mentioning the scandal by several of them who had read my column. I was denounced as disloyal, ungrateful, guttural and worse. Some came to my defence, notably those who had spent years in the West — the UK, US or Canada — where paedophilia was a crime to be exposed and severely punished and not, as in some societies of the subcontinent, an ancient practice to be veiled and treated as an aberrant appetite.

I made some attempt to justify myself with arguments about free speech and concern for the victims of paedophiles, but I knew that it wouldn’t get the boys of the loyalty brigade to change their minds. After all the final lines of our school song were: Play up Bishops/Never let our colours fall! (Repeated as loudly and raucously as young voices would permit.)

On a subsequent trip to Mumbai I was invited by my good friend, the late Dilip Padgaonkar, to visit him in Pune. On one of those days in our old hometown we decided to visit my old school. Driving up to it, nothing seemed to have changed apart from the fresh coat of maroon and yellow paint on walls and buildings. Dilip told me that Bishop’s had, like Al Qaeda, become a franchise and there were now three schools with the same name and considering that capitalism was rife in India, the headmaster had been retitled the “CEO”. And, yes, there were now security guards at the gates who didn’t have any respect for the fact that I was an old and ageing pupil of the school, but were quite enthralled by the colour of a `50 note and allowed our entourage in.

Looking around the Old Assembly Hall and the largely unchanged grounds, pointing out where we used to park our bicycles and showing off the “Honours Board” of 1958, which still had my name for some small academic distinction, we were accosted by a lady who asked who we were. When I told her, she said she’d been trying to track me down as an old boy of the school to ask if I’d contribute to a school magazine which would mark 150 years of the school’s existence. I said I would.

She conducted us around the school and, as she did, a pupil ran up and said the headmaster had heard that Dilip was walking the grounds and he would like to see us.

Frank Freese’s residence seemed unchanged from the days when “Artie” Lunn occupied it. Mr Freese was warm and welcoming and had in his hand one of my books, saying: “What a coincidence, I was this minute reading your Poona Company and the chapters about Bishop’s!”

He offered to show us the new buildings. The main one, at the rear of the school compound was to be inaugurated as the “A.E. Lunn” building. This was perhaps just, considering Lunn’s contribution. But? Reversing Mark Antony: “The good that men do lives after them, the evil is oft interred with their bones”.

Even so, the BBC hasn’t decided to call its new buildings the “Jimmy Savile Annexe”.