Along with fasting and prayers, zakat is a cardinal act of piety in the holy month of Ramadan. 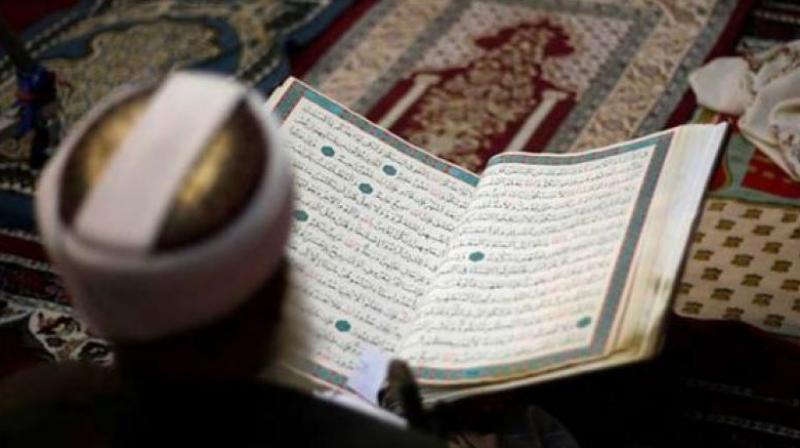 The Quran provides both a spiritual framework for the possession of wealth and practical guidelines for its dispensation.

For Muslims, charity is a central aspect of their faith and practice. Governed by a worldview in which all things come from God and finally return to God, Muslims are taught to live as trustees of God’s blessings. Along with fasting and prayers, zakat  is a cardinal act of piety in the holy month of Ramadan.

The Quran provides both a spiritual framework for the possession of wealth and practical guidelines for its dispensation. If we believe that all things, ultimately, belong to God, then it behoves on us to spend everything in accordance with the plan of God. Frugality with self and generosity with others is the underlying Quranic message of charity (Q2:219): “They ask thee how much they are to spend; say: “What is beyond your needs”.

The Quranic word for charity is zakat. Other than zakat, which is obligatory, people can also offer alms voluntarily known as sadaqah. Muslims are obliged to purify their wealth by calculating 2.5 per cent of their assets — including money in bank accounts, shares, investments, pensions, gold, etc. — and giving it to the less fortunate. Zakat represents the minimum amount of charity that each individual is obliged to give as a virtuous human being. .

The zakat is levied on five categories of property — foodgrains; fruit; camels, cattle, sheep and goats; gold and silver; and movable goods — and it is payable each year after one year’s possession.

Recipients of zakat include the poor and needy, the collectors themselves and “those whose hearts it is necessary to conciliate”— e.g., discordant tribesmen, debtors, volunteers in jihad (holy war) and pilgrims.

Deeply embedded in the Islamic concept of zakat are the notions of welfare, altruism and justice, which can be seen as a way of harnessing human potential to resolve insurmountable challenges to human society. In other words, charity and altruism are rooted in the basic concern for the welfare of others, while Islam has added to it the notion of justice, which is seen as a way of building a just and equitable society.

Zakat takes the egotism out of the traditional Bedouin personality. Instead of exhibiting their reckless, excessive liberality, they make a regular contribution to the weaker members of the tribe.

It is the human predilection for riches that the Quran cautions against, yet it acknowledges that spiritually immature souls may jeopardise their own moral standing by indulging in reckless acts of charity that leave them destitute. Some verses (including Q17:29 and 25:67) speak of maintaining a balance between extravagance and parsimony. This is in recognition of human nature, which has the dual impulses of compassion and an inherent love of wealth.

An oft-repeated story in the Muslim world tells of a Shah in Persia who came upon an old man planting an olive tree, which takes decades to produce good fruit. When asked why he is planting a tree that will not benefit him, the old man replied: “Those who came before me planted, and we benefitted. I am planting so that those who come after me shall benefit.”

Intrinsic to the obligation of giving in Islam is the universal truism that a love of humanity and a love of God beget charitable deed.