Santa Claus is actually a mutation of Saint Nicholas, whose feast is celebrated on December 6. 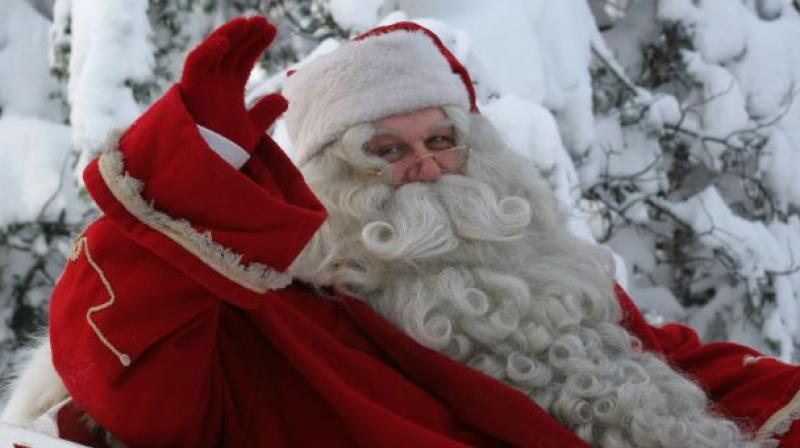 Celebrate Christmas we must, but can the celebration be given a twist and a taste of the spirit of Santa Claus? (Representational image)

Metamorphosis is a process where often living organisms, despite having their own identity, adapt to the surroundings with another object in such a way that it is difficult to recognise the original from the new. It was thus not a surprise when a teacher to a question heard in reply from one student the reason for Christmas being the birthday of Santa Claus.

Many people, especially children, unfamiliar with Christian traditions now almost completely identify Christmas with Santa Claus, realising little that Santa Claus has nothing to do with Jesus’ birth (Christmas) though much to do with his radical teachings. Santa Claus is actually a mutation of Saint Nicholas, whose feast is celebrated on December 6. Born in the 3rd century in a small village, then in Greece but now in Turkey, Nicholas inherited great wealth from his parents who had unfortunately died in an epidemic. Being a devout Christian, Jesus’ words to a young man in the Gospel, “Sell what you own and give the money to the poor and then come and follow me”, set a goal for him to follow.

It is said about Nicholas that often at night he would disguise himself and deliver food, clothing and money to the poor people of his village. Children were his favourites. He was made a bishop of Myra. However, under emperor Diocletian, who persecuted Christians cruelly, he was exiled, put into prison where he suffered much for his faith and died on December 6, 343.

Through the centuries many stories have been told of St. Nicholas’ life and deeds, most of which highlight his extraordinary ventures of protecting the poor and helping the needy. Nicholas was so widely revered that thousands of churches were named after him, including 300 in Belgium, 34 in Rome, 23 in the Netherlands and more than 400 in England, not to mention about many others elsewhere.

While St. Nicholas, now metamorphosed into Santa Claus, brings much fun and merriment to the long festive Christmas season, one must be reminded not only of the origin of Santa Claus but what he actually cherished doing. Celebrate Christmas we must, but can the celebration be given a twist and a taste of the spirit of Santa Claus? And that is, to exchange gifts not only among our own but to use the occasion to reach out to the poor who too would love to celebrate Christmas but are unable, sometimes even to have a meal, leave alone warm clothes during these wintry nights.

Such a celebration would please not just Santa Claus and Jesus whose birthday gives us all the reason for Christmas but it will definitely please the giver more than the receiver.