Entry of the youth into smoking e-cigarettes is easier than into conventional cigarettes. 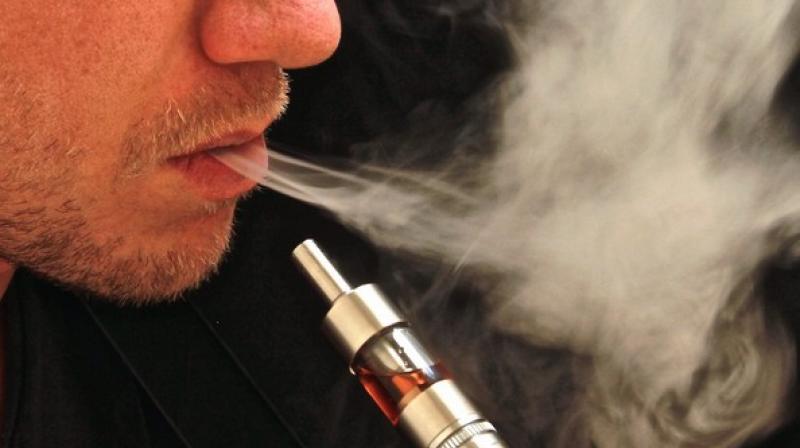 Last week, the Lok Sabha passed the Prohibition of Electronic Cigarettes Bill (2019) that seeks to ban any commercial activity in e-cigarettes. Although the bill was subsequently introduced in the Rajya Sabha, it is yet to get passed. The bill is intended to replace the ordinance to this effect signed last September.

Who are these people upset with the decision? Well, these are relatively a small section of smokers who were turning to vaping, which is believed to be less harmful than smoking a conventional cigarette. However, not all of these smokers may complain against the Narendra Modi government’s decision even though it has taken away — of all the safer options including quitting — the option of vaping. This is because they understand the potential risks it has in luring younger generations. Thus, even some smokers who place larger family/social interest above their selfish interest may not complain against the decision to ban e-cigarettes. But some smokers would surely be upset.

The other section that is upset with the decision is the e-cigarette industry that was eyeing the Indian market to reap bumper profits overtime, in the name of peddling a “safer” option. The larger the number of people who take to vaping, the higher the profits everyone in this industry makes. The industry can go to any extent — lobbying, contaminating evidence, distorting facts, spreading rumours, mobilising the “constituents” to criticise the decision — all in the name of safeguarding consumer choice.

It is to put the record straight that PM Narendra Modi, in one of the recent episodes of the Mann Ki Baat radio programme, talked about the harmful effects of tobacco addiction in any form, including e-cigarettes. While explaining how e-cigarettes worked, he underscored how easily young Indians can fall prey to it. Thus justifying his government’s decision to impose a complete ban on e-cigarettes.

Entry of the youth into smoking e-cigarettes is easier than into conventional cigarettes. One can think of four different stages in which the youth can get drawn into it: curiosity, fun, a fashion statement and addiction. The initial curiosity of a young mind to know about this gadget, then to have fun with the way it functions, then to use it to aid his/her personality that can eventually get him/her hooked to it. Further, its flavours and fragrances delink smoking from tobacco odour that many people find repulsive, and thereby may lead to greater social acceptance of e-cigarettes.

Those who have been critical of the Narendra Modi government’s decision have criticised it on three key grounds. First, why deprive current and future smokers of a “safer” option? While it is true that e-cigarettes deliver a nicotine kick to its inhalers by heating liquid chemicals (instead of burning tobacco as is the case with conventional cigarettes) and therefore is believed to be safer, their long-term health effects are not fully understood yet. So, while an e-cigarette is an alternative to smoking a conventional cigarette, whether it is a safer alternative in the longer-term is yet to be established. Further, given the greater susceptibility of the youth to e-cigarettes, it may actually lead to increase in prevalence of smoking among India’s population in the future.

Second, why not treat e-cigarettes the same way as conventional cigarettes? In other words, if conventional cigarettes are permitted, subject to heavy taxation and other regulations, why ban e-cigarettes? Well, the war against the tobacco industry has a long history. A vested interest in the tobacco industry has gotten entrenched over several decades. This vested interest has been so strong that it took several decades of fight to come up with stronger regulations that now guide this industry. In comparison, e-cigarette is a nascent industry in which a strong vested interest is yet to develop with full force. It is much easier to deal with it now than at a later stage when use of e-cigarettes become rampant. Further, given a wide variety of brands and flavours present in the e-cigarette industry, regulating it at the retail level can be a real nightmare and burdensome for governments.

Third, and a related question is can the ban on e-cigarettes be really effective? The ban may actually work for a few good reasons: (a) the ban on e-cigarettes is nationwide — that makes is easier to enforce — this is unlike the ban on liquor which is imposed selectively by a few states only and hence not as effective as one would like it to be; (b) the ban is comprehensive in nature as it relates to all aspects of e-cigarettes: production, marketing, import, export, transport, sale, distribution and storage; (c) any violation of the ban invites a stiff penalty even for first time offenders. It consists of punishment with imprisonment of up to one year or a fine of up to `1 lakh, or both for the first offence and imprisonment of three years or a fine up to `5 lakhs or both, for a subsequent offence.

So, while these criticisms on the face of it may seem valid, they don’t hold much ground upon closer examination.

The decision to ban e-cigarettes seems a good one based on sound judgment, for it safeguards the interests of the majority, even if it upsets a small minority in the process. This is only to be expected with any reform or decision that creates winners and losers.

Having taken a smart decision, the government now needs to ensure its prompt translation into necessary legislation and laws.