The revenge component was driven by the BJP’s desire to show an image of being more muscular in defending India than its main opponent, the Congress. 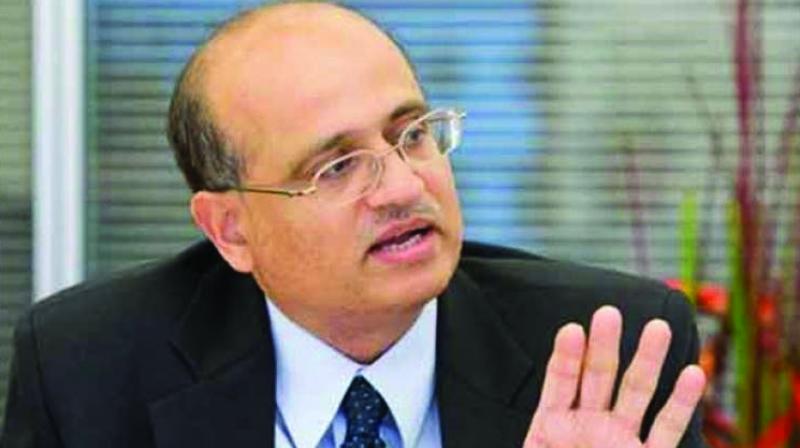 Foreign secretary Vijay Gokhale, in his briefing, restricted himself to asserting it as a pre-emptive attack on a “non-military” target to eliminate those training to attack India.

The Balakot air attack by the Indian Air Force was an inflexion point in India-Pakistan relations and had three possible aims. One was of avenging the deaths of over 40 bravehearts of the CRPF in the Pulwama suicide car-bomb atrocity. Another was to establish a new doctrine of deterrence that India would not, like after the 26/11 ravaging of Mumbai in 2008, merely sabre-rattle or complain to the international community. It could if it assessed cross-border abetment retaliate against the masterminds of terror sheltering behind the Pakistani state and military. Finally, India could use it as an instrument of compellence, that in international relations is the ability to coerce another state into action by threatening or inflicting punishment.

The revenge component was driven by the BJP’s desire to show an image of being more muscular in defending India than its main opponent, the Congress. Tied to this was Prime Minister Narendra Modi’s own persona as a “reborn” Sardar Patel, the original Strong Man of India. The BJP’s need for this electorally had mounted, as the Lok Sabha polls neared and there was no respite from bad economic and unemployment data. Jingoism was already in the air prior to Pulwama. Thereafter, it burst into the open when even innocent Kashmiri students were targeted and driven back home. Sushma Swaraj’s old chant returned to haunt the BJP when she in Opposition claimed, after the beheading of two Indian soldiers by Pakistani Army teams, that in power the BJP would bring back multiple Pakistani heads. Some blood and gore was necessary to market an image of “Modi the Avenger”. The sheer decapitation of half-a-dozen high value Jaish-e-Mohammed (JeM) trainers or top party operatives could not suffice. Thus began the BJP’s folly in claiming without supportive satellite data, or on-ground intelligence or real-time footage beamed by a hovering drone, that over 300 individuals had perished in the attack. BJP president Amit Shah broadcast it loudly, while Prime Minister Modi hinted darkly at it. At the official level, however, circumspection ruled. Foreign secretary Vijay Gokhale, in his briefing, restricted himself to asserting it as a pre-emptive attack on a “non-military” target to eliminate those training to attack India. The Indian Air Force was seen but not heard from till many days later, when the Chief of Air Staff addressed a press conference.

The BJP’s two-strand approach has persisted. It continues to sabre-rattle to milk the national security narrative. Daily reports appear about the heavy exchange of fire at the Line of Control, including artillery fire, that deepens the zone of attack. Solitary Kashmiris are fair game for harassment as the lynch mob has a new target. But the government has de-escalated the overall alert status of forces and may even move ahead with the Kartarpur Corridor talks, which it hopes would help the Akali-BJP alliance in Punjab’s 13 Lok Sabha seats. Pakistan’s high commissioner Sohail Mahmood is back in New Delhi after extended consultations in Islamabad. India has moved its attention to the multilateral level for keeping up the pressure on Pakistan as the Permanent Five at the UN Security Council discuss informally the French-British resolution to list JeM’s Masood Azhar as an international terrorist. Pakistan in turn has begun aligning its conduct with UNSC resolutions by apprehending listed individuals and disrupting their fund-gathering fronts.

India’s deterrence and compellence imperatives have therefore been fulfilled in part. However, the revenge element needed for domestic electoral mileage flounders. The BJP’s numbers game was both to bait the Opposition parties and to shift public attention away from bread and butter issues, on which the BJP’s record is dismal. The Opposition, realising this gambit, initially remained mum. However, the sceptical narrative emerging from the international media reports out of Pakistan, by correspondents visiting the madrasa site at Jaba Top, began to surface in India. The NDA government countered this by debunking pictures and reports and correctly pointing out that reporters were not given access to the actual compound. But the weakness in the Indian response persisted as, unlike the American or Western reports on counter-terror operations when actual pre-and-post attack pictures or even real-time footage is shared, the claims of damage in the wrecked structures and fatalities inflicted were not substantiated.
On the contrary, anyone asking such questions was pilloried as “anti-national”, including the live haranguing of a popular television anchor by a Cabinet minister.

On March 6, Reuters issued a fresh sceptical report based on high-resolution data made available a week after the attack by a private US firm called Planet Lab, which has 15 satellites for gathering round-the-clock geo-spatial data. The analysts that Reuters consulted discounted a major hit on the JeM terror camp as the buildings at the madrasa were still standing and there was no significant foliage displacement around the site. The Indian government responded by saying the Indian Air Force had given classified data to them confirming, as the Air Chief had earlier claimed, that all targets were in fact acquired and destroyed. But this was not made public. There is no reason why it cannot be shared with the principal Opposition leaders. However, television channels were soon debating the privately-acquired satellite pictures with possible explanations why the building still stood although their occupants could have been eliminated. The BJP was now not quarrelling with the Opposition but respected international media outlets. It is possible that somewhere behind this fracas lies the rivalry between Israeli and American arms companies. But the BJP was now losing control over the script as even a couple of widows of the 40-plus martyred CRPF personnel began asking to see the bodies of terrorist-trainees.

The BJP clearly erred in its political haste to take credit for the kills without supportive visual evidence and the Prime Minister, instead of taking the Opposition into confidence, began taunting them. The focus should have been kept on the new doctrine of deterrence and the effect this, along with Indian diplomacy, was beginning to have on Pakistani conduct. Over 40 jihadi leaders have been detained, the Jaish headquarters taken over by the Pakistani security forces, and money-gathering front organisations of JeM shut down. It’s possible these are tactical Pakistani moves to stave off pressure. It’s also possible the new doctrine may have handed decisions of war and peace to jihadis as by another major attack, without ISI assistance, they can trigger war. That is why doctrinal change on deterrence also needs mature political leadership that does not play war games for electoral gains. The people of India will hopefully decipher that when they vote in a few weeks from now.