Will ‘socialist’ Bernie or ‘moderate’ Biden be best bet to take on Trump?

Whether Donald Trump will return or not depends on whether voters consider winnability as the most important factor for the contending Democrat. 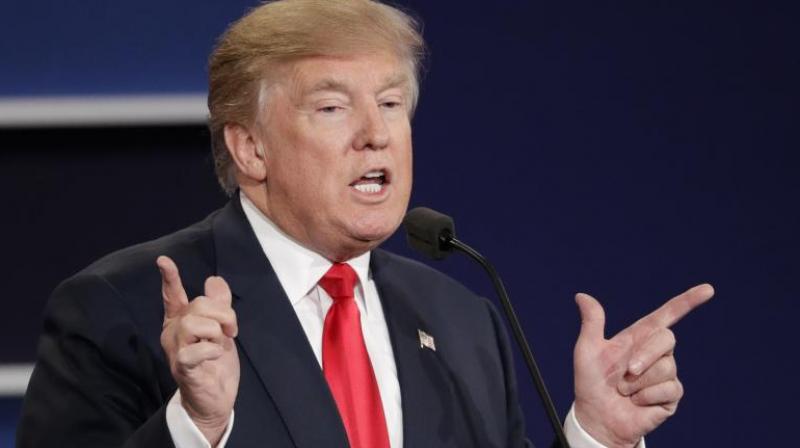 The American Democratic Party’s candidate selection process for the 2020 presidential elections is hotting up voters’ decision-making side of the brain. Will 2016 repeat itself this year? It’s certainly what some American analysts are speculating and many Democrats fear since the much-hyped Super Tuesday on March 3, when former vice-president Joe Biden became the new “Comeback Kid” (a term Bill Clinton used about himself after his wildcard emergence in the 1992 election; and which is the term CNN is using for Mr Biden now). Whether President Donald Trump will return or not depends on whether voters consider winnability as the most important factor for the contending Democrat.

Who is the best Democrat to run against President Trump? After Super Tuesday, a battle is clearly emerging between the two strongest candidates, Joe Biden and Bernie Sanders, and more so after the exit of billionaire Mike Bloomberg, a former New York City mayor. These two men have positioned themselves as offering very different ideas of America, but everybody really has a single-point agenda: Defeat Trump. The primaries (and the caucuses) are aimed at determining who can best do that job.

Observers usually predict who will vote, and not how they will. “Sanders has the grassroots backing a Democrat will need to win the presidential election,” says an Al-Jazeera article. Demographic groups are rallying behind one or the other candidate. Who wins will be a statement on what approach people believe will defeat President Trump.

Who wins here could also predict a general trend of how voters react when the incumbent is a strong and controversial leader whose actions may often be extreme or drastic. At the end of this process, we will know whether registered Democrats give a political response that takes a confrontational stand against Mr Trump, dealing with a sort of an antithesis to his policies — or the alternative, which is a response that aims at a solution of moderation and a middle path.

While Mr Sanders leans strongly towards a socialistic agenda, Mr Biden is seen as a centrist — a “moderate”. Sometimes, as a closer look will show, their thoughts are closer to each other than they will admit. For example, in a speech, Mr Biden invoked the “middle class” to say that he will bring in more inclusive policies, but went on to describe it with examples that were largely the working class.

Fighting or healing?: Joe Biden is also the milder communicator, looking comfortable rather than angry, and sounding more practical and businesslike. He conveys a non-confrontational nice-guy image. He seems to use less force to drive home a point, relying on his skills to what we must do rather than how.

“People are talking about a revolution; we’ve started a movement!” Mr Biden told a Super Tuesday gathering in California. As he smiled widely through his loud volume but hardly strident speech, his easily relatable optimism appeared infectious. “This campaign is taking off — join us … [It] can deliver us to a moment when we can do extraordinary, extraordinary things. We have to beat Donald Trump, but we can’t become like him … We need a President who can fight, but make no mistake. We need badly, badly, someone who can heal.”

Bernie Sanders looks animated, angry even. His words convey the confrontational stance he has taken. He uses more passion-laden words and uses more gestures. His personal conviction about the need to apply universal values comes out in the form of statements.

“You cannot, cannot beat Trump with the same politics,” Mr Sanders declared, speaking in his distinctive New England accent at a rally in his home state of Vermont on Super Tuesday. “We need a new politics … We need to include working-class people [and …] young people in politics … We’re going to beat Trump because this will become a contrast in ideas.” Mr Sanders went on to list his accomplishments as a congressman, coming dangerously close to drawing comparisons with Mr Biden almost as he would with a candidate from an opposing party, but limiting himself to political decisions alone. (In a sample factcheck study by CNN, Mr Sanders made three outright false claims. The study says this is in contrast with Mr Trump, who averaged nearly 21 false claims per rally.)

The plot to reclaim: The content and form of Joe Biden’s oratory resonates with a familiar Democratic pitch — that it’s small-town Main Street and not big-city Wall Street that deserves to reclaim America. From the ideas in Mr Sanders’ speeches, he could be what Mr Trump is to the Republicans — a maverick who can defy even his own party. If people are truly tired of the same old politics, they should gravitate to him — that’s the message. It worked for Barack Obama and Donald Trump. It remains to be seen if it will work for Bernie Sanders.

How the two contenders carry off their communication and what meanings they convey to the voter will determine who will confront Mr Trump in November. To those outraged at the policies themselves, will a contender look more like Mr Sanders — someone with the gumption to stand for the antithesis of what the incumbent stands for? To those who see the execution of even acceptable ideas as the problem, might a more middle-ground leader, someone who may not take but negotiate a stand, be preferable?

Analysts predict that those who are seeking to change the presidency this time include people who went with Mr Trump in 2016 for his disruptive ideas of protecting American interests. Will such people prefer another round of radical thinking that rests on the other belief system? Or will they prefer to listen to a man who claims he is middle ground enough to get the job done through bipartisan negotiations?

To an Indian observer, this should all be fascinating. The recent pushback to how the Narendra Modi government’s ideas and ideology have actually translated on the ground indicates that we have reached a point when people at large are emboldened to take a firm stand. Suppression of protests have led to extreme reactions on both sides of every issue. In this world of binaries, however, will an extreme position alone be perceived as the answer to another extreme position?

The answer lies in the popular rejection of poor attempts by some Opposition parties to drive a narrative that is an antithesis to Narendra Modi’s. Where they failed, a largely agnostic, largely moderate Arvind Kejriwal succeeded. Do people who want change from a hate-mongering environment want a fighter or a healer to take over? That should give us some food for thought.