The Quran says martyrs going to heaven will get “hur”, and the word was taken by early commentators to mean “virgins”, hence those 72 consorts. 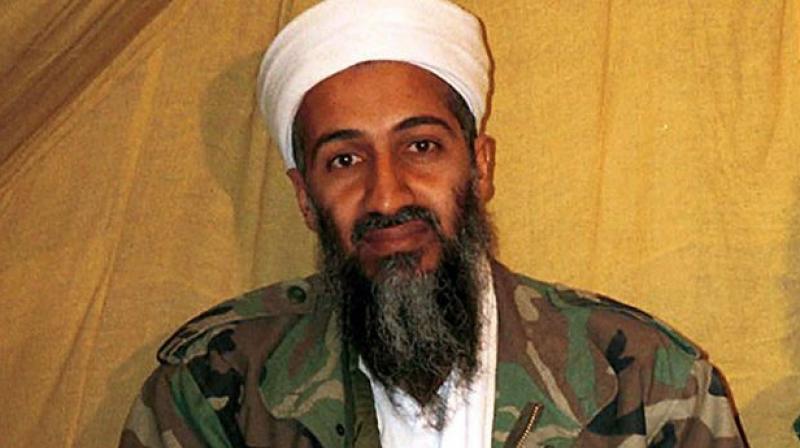 I’ve come across an interesting little sketch, inspired by a piece of research on a website called inquirer.net: The stage-lighting makes us believe we are passing through several dimensions. As the dazzling light settles, we see at the doors of heaven, Osama Bin Laden (fish be upon him) in a white gown, knocking. The doors open and OBL is ushered into the presence of the angel Jibrail. OBL seems smug. Jibrail greets him and hands him his promised reward.

“What are you on about?” asks the puzzled Jibrail.

“The ladies I was promised,” retorts OBL.

“But I spent my life working for this reward in heaven.”

“Reward? This sexist, misogynist nonsense? Insult to the sisterhood — turning up here and demanding concubines? You males carry all that on downstairs, but up here the sentence for sexism is instant castration. Angelpolliss! – take this fellow to the operation theatre.”

We hear a few expletives in Arabic from off-stage and then a loud “Aaargh!” followed by weeping and gnashing of teeth…”

The sketch above, I am told, is from Canada where Irshad Manji, a Quranic scholar, has pioneered a linguistic revelation.

He says, “Nowhere in the Quran does it promise 72 virgins, 70 virgins, 48 virgins… or any at all. The Arabic word for “virgin” has been mistranslated. The original word that was used in the Quran was the word for raisin, not virgin. In other words, that martyrs would get raisins in heaven, not virgins.”

Manji’s contention is based on the recent work of several Quranic scholars whose researches are reported by New York Times columnist Nicholas Kristoff who says “The Arabic language was born as a written language with the Quran, and there’s growing evidence that many of the words were Syriac or Aramaic.

The Quran says martyrs going to heaven will get “hur”, and the word was taken by early commentators to mean “virgins”, hence those 72 consorts. But in Aramaic, “hur” meant “white” and was commonly used to mean white grapes.”

Another scholar, who calls himself Christoph Luxenberg to avoid being identified, says that grapes makes more sense in the context because the Quran compares them to crystal and pearls. Paradise abounds with fruit, especially white grapes.

Perhaps the early Quranic interpreters were not mistranslating the word, but merely using it as a metaphor for “desirable”. In Gujarati the word “dhun” means wealth, but we Parsis use it in Dhansak, our signature dish, to mean “rice”. At some point rice must have been if not actually precious, a thankful metaphor, a sort of “give us this day our daily rice”.

There are very many such metaphors in all languages. The Americans call their female lovers “sugar” and “honey”. Just so, one can imagine ancient desert-dwellers calling their lovers “raisin”.

If the Aramaic word was a metaphor taken literally, a terrible hoax has been visited on civilisation, both on the martyrs, who courted death in expectation of 72 “hurs”, and on the victims they killed while laboring under a misapprehension.

False promises based on false premises!

The mistranslation could have led to further confusion. The word “virgin” as strictly applied to a woman doesn’t specify her age. Imagine the bewilderment of the young “martyr” (let’s call him G. Hardy) who straps on a suicide vest, murders 50 innocent people at a pop concert, gets to heaven and finds that the virgins he’s been granted are all women above the age of 80 who have passed on without having had sex.

Today “virgin” can plausibly apply to men, inexperienced in that particular respect. So G. Hardy would, contrary to his expectation and making a travesty of his sacrifice, be confronted by 72 males who may be quite unwilling to be in any sense sexual partners or objects. Oh dear!

My grandmother used to use a euphemism to express the fact that a young woman was a virgin. She had no sexual vocabulary whatsoever and used the mixed Gujarati and English phrase “Ey to bichchari innocent ney ignorant!” It was her testimony of untouched purity.

The Quranic scholars explain how “hur” the word for “white”, the metaphor for purity, was interpreted as what my grandma would have called “innocent and ignorant”.

The Aramaic word, taken as a metaphor rather than literally, has elided into the word “houri” and perhaps even into the English “whore” — in which transformation it has become the opposite of pure. (My etymological dictionary makes no connection between the Aramaic “hur” to the English “whore”, but attributes it’s derivation to Old German).

It is very unlikely that this message of “lost in translation” will be taken up in the fundamentalist mosques and madrassas all around the world, despite the fact that they claim to be the people of the book. They will persist in being “ehl-e-mistranslation” rather than “ehl-e-kitab”.

So, there will be a host of young men brought up to believe that they will receive virgins and not merely raisins for the murderous enterprise that these death-cults perpetrate.

It’s not excusable, if understandable, that these frustrated young men who can’t make their way through the normal course of relationships rely on poor misguided girls who are brainwashed into being “jihadi brides” or look forward to the fantasy of 72 virgins — impossible to encounter even one on earth.

Confronted now with the truth of the translation they will naturally think that one can walk into a grocery and buy a million raisins for peanuts. Now was there a place where peanuts were scarce, priceless and mistaken for virgins?