Haryana Chief Minister Manohar Lal Khattar has riled a section of IAS officers in the state. 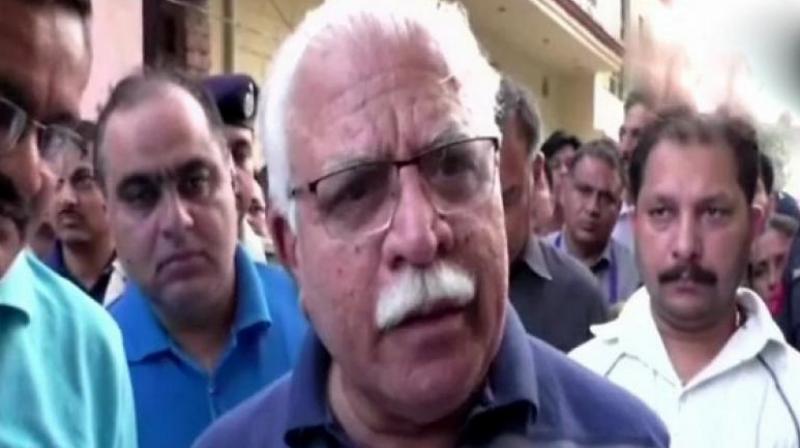 Haryana Chief Minister Manohar Lal Khattar has riled a section of IAS officers in the state. The cause of the ire is the state government’s decision to appoint four state civil service officers as deputy commissioners, a post held by the IAS cadre.

The HCS officers who have been posted as deputy commissioners include Mukul Kumar (Panchkula), Girish Arora (Yamunanagar), Dharamvir Singh (Kaithal) and Jai Kishan Abhir (Fatehabad). While state chief secretary D.S. Dhesi has refused to comment on the issue, some retired IAS officers have been outspoken. The view is that while senior-most HCS officers, selected for promotion to IAS, have been appointed deputy commissioner or to other IAS cadre posts in the past, it is done strictly on merit. The fact that IAS officers in Haryana are upset with the decision suggests that perhaps that was not the case in this instance. It is being said that these HCS officers have been appointed as DCs by pick and choose method, ignoring those HCS officers who are senior to them.

Babu shortage
At a time when the Modi sarkar, barely months away from the 2019 general elections, needs fast decision-making and implementation, it is faced with an acute shortage of IAS and IPS officers. According to the Department of Personnel and Training (DoPT), posts of 1,449 IAS officers and 970 IPS officers are lying vacant apart from other vacancies in Central government ministries and departments.

While all state cadres are facing a shortage of IAS and IPS officers, the worst hit are states like Uttar Pradesh, Bihar, Andhra Pradesh, Tamil Nadu, Jharkhand and Karnataka.

Curiously, despite the crunch, the Union Public Service Commission (UPSC) in its February 2018 notification had announced the hiring of 782 IAS, IFS and IPS officers in all. Last year, the UPSC had announced the recruitment of 980 officers. This was considered the lowest in the last five years, however, this year it went down even further. Arvind Saxena, the acting chairman of UPSC since June, may need to step up the pace. Meanwhile, DoPT Secretary B.P. Sharma says that "filling up of posts is a continuous process depending on vacancies arising across Ministries/Departments during the years and action calendars of the recruiting agencies." But clearly, it is not happening fast enough.