Kashmiris have shown grace under pressure

Gowhar Geelani
The writer is a journalist, author and political commentator

The decade in question was the 1990s and the event was the battle for Bosnia. 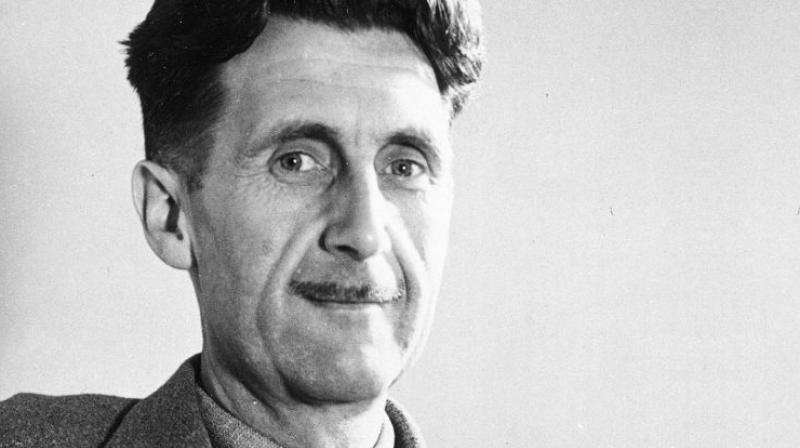 At a time when George Orwell was struggling to make sense of the Spanish Civil War in Barcelona in the 1930s, the Himalayan region of Kashmir had made a transition from economic awakening to political awakening. Prior to this, philosopher-poet Mohammed Iqbal had written a Persian poem titled Saqi Nama in the Nishat Gardens in Srinagar. The poem talks about the abject condition of the Kashmiri weaver and artisan. The Kashmir Valley was then preparing for a political makeover.

And the stage was set to transform the All Jammu and Kashmir Muslim Conference — the restive region’s first political formation — and modify its nomenclature to Jammu and Kashmir National Conference, with the stated aim to accommodate varied shades of opinions. This was to bestow the party a secular outlook. Today many believe that Kashmir was, and rather is, essentially an issue of Muslim aspiration which ought to be asserted and articulated unapologetically.

Meanwhile, like many conscious Europeans, Orwell was alarmed by the rise and early triumphs of fascism — Mussolini’s victory in Ethiopia and Hitler’s reoccupation of the Rhineland. The primary reason behind Orwell’s sojourn to Spain was to write newspaper articles, but he ended up joining the militia. He was a “romantic puritan with a longing for equality”. He was fascinated by the concepts of justice, equality and freedom.

Julian Symons notes in Homage to Catalonia that “to a generation of young people throughout Europe, the crucial event of the 1930s was the Spanish Civil War.”

When a section of young Europeans, from Spain and France and elsewhere, were attracted to the “revolution” in Spain, a section of young and assertive Kashmiris was showcasing defiance against the autocratic Dogra rule of Maharaja Hari Singh. It is also proven that a section of educated Kashmiris were influenced and inspired by the Russian Revolution at the time.

As the Spanish Civil War had attracted Orwell and thousands of non-Spanish volunteers who joined the Republicans (militia) in the 1930s, many young men in Peshawar were driven by a romantic cause in the late 1970s. The cause of liberating Afghanistan from Soviet occupation drew idealists from across the Muslim world. The Iranian Revolution had been instrumental in inspiring the Muslim youth at the time. It had made them believe that anything was possible.

A similar pattern was seen in Kashmir in 1989 when several hundreds of Kashmiri youth took up arms to challenge New Delhi’s writ in the restive region. What happened in Kashmir in 1989 did not happen in isolation. There was a regional context and also a global framework. The decade in question was the 1990s and the event was the battle for Bosnia. At the start of the decade the former Yugoslavia was crumbling into chaos and civil war. Germany witnessed the historic fall of the Berlin Wall. Kashmir too had its own context of various vibrant political movements (the Plebiscite Front from 1953 to 1975), a transitory armed struggle al-Fateh not long after the Partition in 1947, and the Quit Kashmir movement launched by Sheikh Abdullah in the early 1940s against the despotic Dogra regime. Around the same time the world powers were engaged in a deadly conflict — the Second World War.

The Kashmir issue can be easily misunderstood if it is analysed in isolation. Global events have shaped the political discourse in the region and, at times, also mobilised public opinion throughout various political struggles.

Not many people are aware that left-wing intellectuals had reasonable influence on Kashmir’s political landscape in the 1930s and 1940s, so much so that Kashmir’s city centre, Lal Chowk, is named after Moscow’s Red Square.

Moreover, a fascinating document named Naya Kashmir was pro economy and gender sensitive. Naya Kashmir became the new manifesto for Kashmir’s social and economic awakening. Several Communists, especially Baba Pyare Lal Bedi and his wife, Freda Bedi, were instrumental in drafting the Naya Kashmir document. It visualised Kashmir along the lines of a Soviet Central Asian republic. It was formally adopted by the Sheikh Abdullah-led National Conference in 1944.

Generally speaking, people in Kashmir are politically conscious and do keep a watch on global affairs. Many of them usually keep themselves abreast with the latest happenings. Events like the Arab Spring or the recent protests in Hong Kong have not gone unnoticed in Kashmir. During the prolonged shutdowns from 2008 to 2019, many conscious Kashmiris have revisited the libraries to read more and understand more about their history and international affairs. They draw lessons from the past. They also try to strike a balance between self-congratulatory chatter and self-loathing. They love discussing Kashmir and world affairs over a cup of tea or kehwa.

Some are also critical that people have not reacted in time. Others argue that angry athletes make mistakes and the fact that anger has to be channelised for good. Intellectually stimulating discussions over Kashmir are a regular feature of normal life in Kashmir in abnormal times when the region is about to set a world record for the longest-ever (four-month-long) Internet outage in the world. Others are critical of the silence, while a few see it as a strategic pause. And do point out to the fact that this silence is meaningful.

Therefore, the perceptible silence in Kashmir after what happened on August 5 cannot be misconstrued as surrender by any stretch of the imagination. Signals from the ground demonstrate that the BJP’s strong-arm tactics and majoritarian narrative have compelled Kashmiris to do a rethink, and made them regroup with a renewed resolve to fight back. They believe that they have shown grace under pressure. They deserve freedom of expression and also freedom after expression, they say.

Kashmir’s silence, as Arundhati Roy has noted, is the loudest!