Mystic Mantra: God, our Father, who sets us free

God is regarded as “Father” in some religious traditions, mainly Judaism and Christianity. 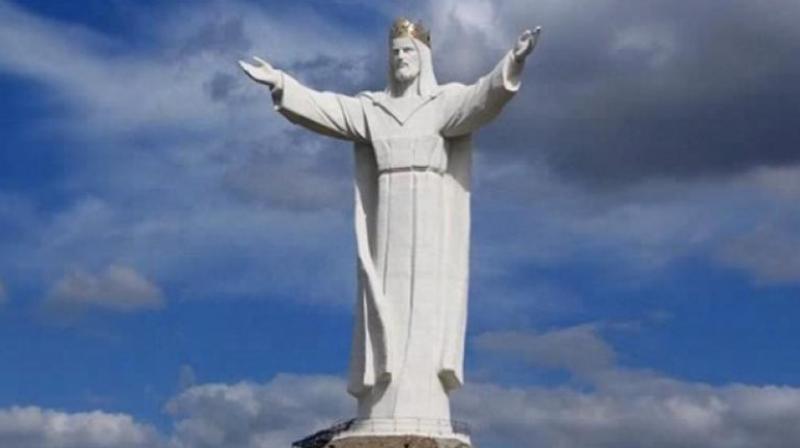 Thereafter, there are four hallmarks of prayer: praise, surrender, petition and forgiveness.

To his disciple who persistently prayed to God to fulfil the smallest of his needs, the master said, “When will you stop leaning on God and stand on your own feet?” Astonished, the disciple protested, “But, wasn’t it you who told us to call God ‘Father’?” The master replied, “Yes! But, when will you realise that a father isn’t someone who satisfies your needs all though your lifetime, but someone who rids you of your tendency to lean?

God is regarded as “Father” in some religious traditions, mainly Judaism and Christianity. In the Bible’s First Testament, common to Judaism and Christianity, viewing God as “our Father” is rare, occurring just 14 times. By contrast, in the Gospels containing narratives of Christ’s birth, life, death and resurrection, Jesus not only calls God “Father” 170 times, but also teaches his disciples the “Our Father” prayer.

Jesus speaks of God as “Abba”, loosely translated as “daddy”; or papa, appa or dadda in Indian languages. Broken up into its constituent pleas, “Our Father” is very meaningful and puts the focus not on selfish, individualistic needs but on a loving relationship with God and with others.

On their request, “Lord, teach us to pray,” Jesus instructs his disciples to say, “Our Father” and not “my Father”, for God is neither the private property of one particular group nor privileges one specific people, forgetful of others. Thereafter, there are four hallmarks of prayer: praise, surrender, petition and forgiveness.

“Holy be your name!” expresses praise and worship due to God. God’s name is holy. Repeating the thousand names of God brings peace and happiness. For instance, of the nam-simran, the Guru Granth Sahib succinctly says: “Repetition of God’s name expunges, grief, pain and fear and produces happiness, everlasting.”

“Your kingdom come; your will be done!” is trustful surrender of the believer: allowing God to be God. It entails striving for God’s universal family where love, joy, unity, peace, prosperity, equality, sharing and caring will prevail, here and now. It’s vital that we collaborate with God to build a world community called Vasudhaiva Kutumbakam, Ram Rajya, Umma, Sangha, Kingdom of God, or whatever.

“Give us today our daily bread!” is a petition for food. God is Annadata, food-giver, who sustains us through the benevolence of mother earth whose resources must be shared by all God’s children. How can we allow people to die of malnourishment and hunger if God is abba-amma?

Finally, “forgive us our sins as we forgive those who sin against us” is humble acceptance that each of us is guilty of the vengeance and violence that has turned our homelands into battlefields. May God — called by every name — free us from all manmade divisions and strife!