How ‘asymmetry’ is practised, Chinese style

When India talks of NSG and terrorists, Beijing would like to deflect them under the guise of ‘technical’ issues and ‘further proof’. 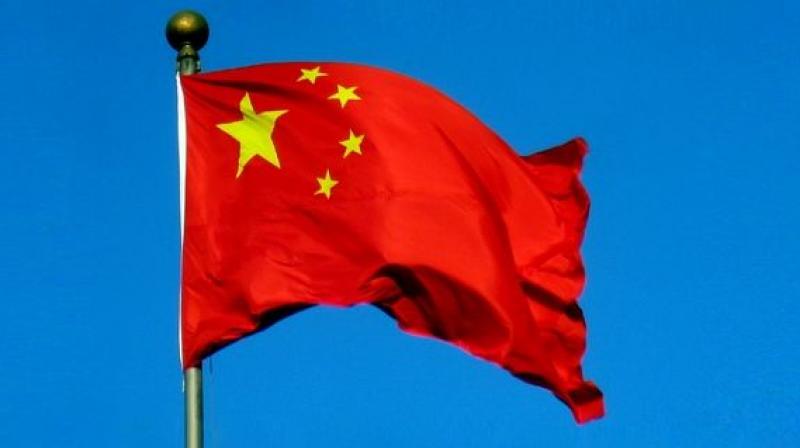 Two words, asymmetry and symmetry, need to be revisited. Asymmetry in Greek Asymmetrica means “incommensurability, lack of proportion”, and in French Asymmetros also means “incommensurable, ill-proportion, skewness”. In English too it means a lack or absence of symmetry, specially want of bilateral symmetry; also in the development of two sides of the brain. There is another term called “asymmetric bars”, which describes a pair of bars of different heights used in women’s gymnastics. Symmetry, on the other hand, means the quality of being made up of exactly similar parts facing each other or around an axis, correct or pleasing proportion of parts, similarity or exact correspondence.

China’s newfound knowledge of the English language at the end of the February 2017 “strategic dialogue” between India’s foreign secretary and China’s vice-foreign minister can be summed up as: “India should accept and acknowledge asymmetry in its ties with China” and learn from Beijing how it took a “back seat” to maximise gains from bilateral ties with the US. Indeed, so beautifully put by the Chinese themselves about their own leaders and the government thereof while dealing with foreigners, thereby resulting in President Donald Trump’s shouting from the rooftops about the loss of jobs of millions of American boys and girls owing principally to the destruction of indigenous US industry at the hands of Chinese. That is called the art of deception and craft of deceit of Sun Tzu’s “art of war” and Mao Zedong Red Book’s “one step backward, for two step forward”. Preserve the self and decimate foreigners through “Taqiya Kalam”!

Several questions need to be addressed and answers thereof sought by India. What does India want? Does India want to subscribe to the sanctimonious pontification of China? Or does it have an action plan to deal with the “situation”? Can India show China that fundamentals of bilateral relations are based on mutual respect and reciprocation and that there is a difference between retaliation and reciprocation? Friendly countries follow the latter. Unfriendly neighbours resort to former.

We, therefore, can head towards a brand new world order, superseding the very concept of the independent, sovereign nation state of the Treaty of Westphalia 1648. Henceforth, every state has to “play second fiddle” to someone or the other to make asymmetry a grand success. Since asymmetry is a novel idea to/of the global polity and economy, perhaps the wisdom of China could be given a chance! Why not experiment with the new 21st-century idea of the Orient?

As we all know that “power originates from the barrel of the gun”, and the best gun and the unmatched man behind the gun, in recent times, has repeatedly been found to have originated from India’s western neighbourhood, which is also China’s “all-weather friend”, the responsibility of Beijing increases. Logic and common sense demands that to make asymmetry effective, China starts playing second fiddle to Pakistan for its own credibility and re-establishment of the world order’s faith in the old adage: “Charity begins at home”.

In the midst of this novel “asymmetry” proposal, however, China maintained that “most Chinese scholars and critics received the dialogue positively”, even as “their Indian counterparts turned out to be rather pessimistic, if not cynical” owing to “unresolved issues like the NSG and Azhar”. Here China appears to have jumped the gun. Why? Because the spokesman of India’s ministry of external affairs, like a typical gentleman (and unlike some eternally jingoistic alien diplomats), politely countered: “Our assessment is that the recent meeting was positive and constructive”.

How then does one proceed? To one’s perception, there is little scope to proceed at this point in time, owing to China’s consistent and predetermined psychological war to keep its competitors under ceaseless pressure thereby restricting manoeuvring options. China does not believe, at least in matters relating to India, in resolving major issues. Instead, it constantly opens new fronts to keep major issues suppressed in the background.

Beijing, like its pictographic language, throws hints and signals. When it talks of world trade, it would deliberately trample on Indian territory. When India talks of NSG and terrorists, Beijing would like to deflect them under the guise of “technical” issues and “further proof”. When India, the US, Japan and the rest of the world talk of “right to freedom of navigation”, Beijing would come up with “historical evidence” to claim its sovereign rights on/over waters of the ocean! One wishes to counter-suggest and propose to the Chinese, just as they do to the world and to India with “asymmetry” — why not China build another “Great Wall” deep into the water body connecting oceans? That would not only ensure safety for China, but will also enable it to possess a vast swathe of liquid (water) territory. Thus once China pioneers in building concrete water-wall, it can be rest assured to have entire world following the doctrine of asymmetry. A la the Pied Piper of Hamelin.

Amidst the Sino-Indian “asymmetry”, however, a sudden discordant tone and cacophony has emerged from unexpected quarters. The head of a Pakistani parliamentary panel, Abdul Majeed Khan Khanan Khail, has cautioned its government: “We are giving roads, land and entire routes to Chinese trucks as they were utilised by Nato, but on what terms and conditions?” One sincerely hopes China reminds its all-weather friend to calm down and fall in asymmetric line, lest others start defying the wisdom of the Orient! It is time China realises the futility of psychological war. Positivism, rather than negativism, speaks.