Opinion   Oped  08 Dec 2019  ‘Doubts will remain whether the four men were indeed guilty of the crime’
Opinion, Oped

Governments do not think of increasing manpower and view it as wasteful expenditure, says Vivek Dube. 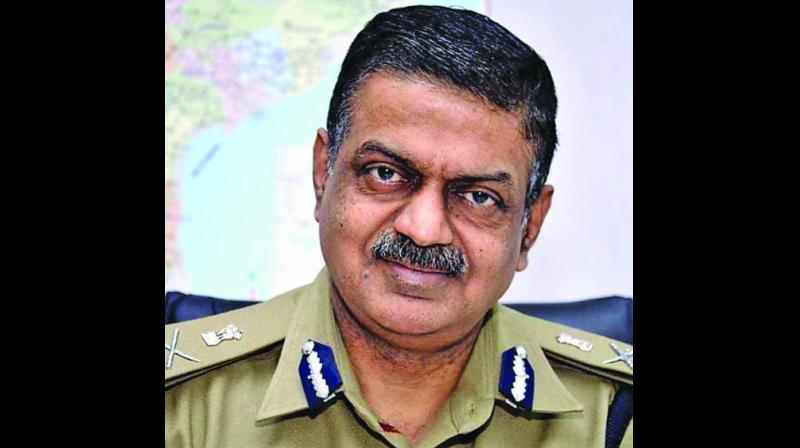 When he headed the investigation into the sensational Bilkis Bano case, senior IPS officer VIVEK DUBE, then a joint director in CBI, along with his 15-member team conducted a meticulous investigation “within the framework of law” that led to the court awarding life imprisonment to all the accused.

Having probed the sensational murder of Madhumita Shukla, the Satyendra Dubey murder case, the 2006 Khairlanji massacre, Dube, who also witnessed 29 exchanges of fire while he was SP of Naxal-infested Adilabad district, explains why he would not have chosen “instant justice”.

“Doubts always remain over whether the accused killed in encounters were indeed the perpetrators or innocent and the same can be said about the encounter in Telangana (in Disha’s case),” says the 1981 batch IPS officer and adds that the reason for the appeal of “instant justice” lies in the fact that India’s criminal justice system is failing people.

In an exclusive interview with VIKRAM SHARMA, Dube cautions that unless urgent steps are taken to improve the criminal justice system, “jungle raj” will become the order of the day. Excerpts:

People now want instant justice and the police appears to be delivering it.
The criminal justice system is to be blamed. Take the 2012 Nirbhaya case: the accused have not been hanged yet and the public is in no mood to tolerate any more and therefore want instant justice. But that does not in any way justify the need to pick up the accused and kill them. So far, what appears to have happened in Telangana, going by the reports, seem to be an act of self-defence. But one has to await enquiry by judicial magistrate. However, doubts will remain whether the four men were indeed guilty in the gangrape and murder of Disha or were innocents. Instant justice can lead to jungle raj.

What can be done to improve the criminal justice system?
The population is increasing and there are a limited number of courts who have to give bail to the accused so that jails do not get overcrowded. The police stations get hundreds of cases while there is no increase in manpower. There are one crore cases pending in different courts in the country. What are the courts doing? Policemen are under tremendous pressure as they get hundreds of cases while there are only a few men. This is one of the reasons they are always hesitant to register cases wondering who will investigate them. The respective governments do not think of increasing manpower and view it as wasteful expenditure. Even the laws are not being reviewed. From lower courts to appeal in higher courts to mercy appeals, the entire legal process is taking its own sweet time.

Does that justify the need for more encounter killings?
No way. People are getting frustrated with the delay in justice and the police is under pressure to act. Therefore, the performance of the courts has to improve, manpower in police stations has to increase. In the CBI, we were able to investigate cases in a professional manner as per year — there is a norm that not more than eight cases will be investigated per year, which ensures quality of investigation. That is the reason the CBI’s work is different from the work of state police. The conviction rate is 8 per cent in our country. In China, it is 98 per cent. The reason is that the criminal justice system is at its best there. In India, the authorities should ensure that the entire legal process in a case is completed within a time frame of six months, which will ensure justice.

In Telangana’s “encounter” the accused were without handcuffs and there are many who are not buying the police version.
It completely depends on the officers associated with the investigation whether they want to handcuff the accused or not. If they feel that the accused might not run away or harm them, they take it easy. Going by the reports, the police acted in self-defence when they came under attack. But the truth will come out in the enquiry by the judicial magistrate. Though people are hailing it as justice and there are a lot of claims being made, going by reports, it appears to be an act of self-defence.

There have been many instances when police officers have gone to jail for fake encounters.
Since 1993, as many as 2,560 cases of extra-judicial killings have taken place in the country, of which the National Human Rights Commission (NHRC) found that 1,224 were fake. This means that on an average, one of the two encounters was fake. Therefore, the need to wait and watch what the NHRC finds and what the enquiry by the judicial magistrate brings out.

Can the four accused attack policemen and snatch their weapons? Had they been terrorists, there could have been a possibility? Do you think instant justice was meted out to cover up for police failure?
There may be many theories floating around but none can say anything till an enquiry is conducted. As per law, everyone has the right to defend themselves. If a person slaps someone, the person can proportionately retaliate with a slap. If someone is trying to shoot you dead, you have every right to retaliate the same way.

If instant justice continues, then policemen can kill anyone. Should the police act under pressure from the public?
I agree that if this kind of justice continues, then policemen can pick up anyone and shoot them dead and no one will ever know whether the person was indeed the accused or was killed due to some rivalry. Though the police should not act under pressure from anyone, the circumstances that are actually building pressure on policemen must be reviewed, which brings us back to the question of the failing criminal justice system.