Shivpal, however, made it clear that he would not give any comment on the prevailing situation in his party. 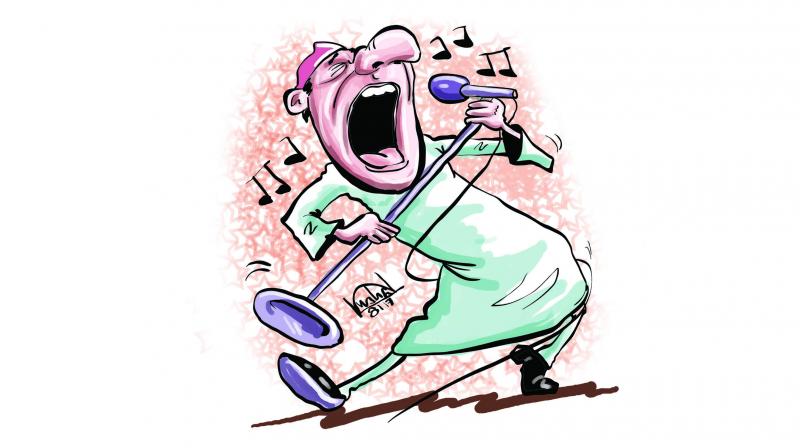 The song conveyed the feelings aptly and stunned everyone into an emotional silence that wound up the party.

There may be little in common between music and politics but in Uttar Pradesh, songs have started reflecting the mood of politics, specially during the ongoing battle in the Samajwadi Party.

On the day when Akhilesh Yadav was expelled from the party for releasing a parallel list of candidates for the Assembly polls, a particular TV channel used the song from Dangal — “Sehat ke liye Bapu hanikarak hai” as its signature tune for the SP story throughout the day. The song conveyed the message of the clash between the father and son.

On New Year’s Day, Shivpal Yadav kept up the tradition of hosting an informal dinner for mediapersons and attended the same despite the political tensions of the day.

Shivpal, however, made it clear that he would not give any comment on the prevailing situation in his party. When someone suggested that he then sing a song of his choice, the SP leader obliged and the song was “Kasme vade pyar wafa sab bateein hain baaton ka kya/ Koi kisi ka nahin, yeh jhoote nate hain naaton ka kya”. The song conveyed the feelings aptly and stunned everyone into an emotional silence that wound up the party.

Running for rewards
When criminals escape from police custody, no one in particular is held accountable. However, when it comes to nabbing a criminal, policemen come in hordes to take the credit. 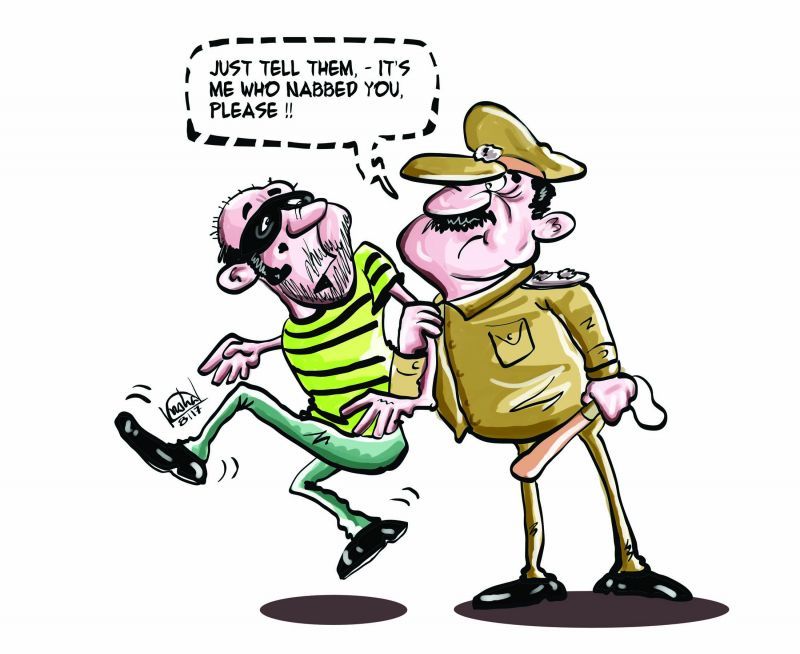 The same was the case in Yamunagar, Haryana, where a gangster was taken to court for a case hearing. In the court premises, two other criminals fired on the gangster who was being taken to the court. While one of the gangsters who fired managed to escape the other was nabbed by policemen.

The problem arose when the police department announced that the policeman who caught hold of the gangster would be rewarded and given a promotion. Over half a dozen policemen came forward with their version of the story. Witnessing the growing confusion, Haryana DGP K.P. Singh had to ask an SP-level officer to investigate and find out the cop who should be rewarded.

Gamang the changu charmer
Former Odisha chief minister and BJP leader Giridhar Gamang has a piece of advice for old and veteran politicians who have lost the last Lok Sabha polls or for that matter any other elections and wondering how to pass their time till the next elections.

“If you don’t have any work in your hand after your illustrious career in politics and you are wondering how to utilise the plenty of time you get now, you need not worry! All you have to do is get reimmersed in the passion that you followed in your childhood. If you love agriculture, spend your time in the field; if you are a music lover, listen to good songs or if you have penchant for writing, do it passionately. That will repel your boredom and allow fresh air of confidence into your heart and mind,” Mr Gamang said here while participating in a conclave for tribals.

A tribal leader hailing from Rayagada district, Mr Gamang is an acclaimed Changu (a tribal music instrument) player. Ever since he lost the 2014 Lok Sabha polls, Mr Gamang is seen touring various parts of the state with his Changu and entertaining audiences.

Courting controversy
Babulal Gaur, the rebel BJP leader and minister who was recently dropped from the Shivraj Singh Chouhan government, never runs out of ideas to spark a controversy which, needless to mention, embarrasses his own party. 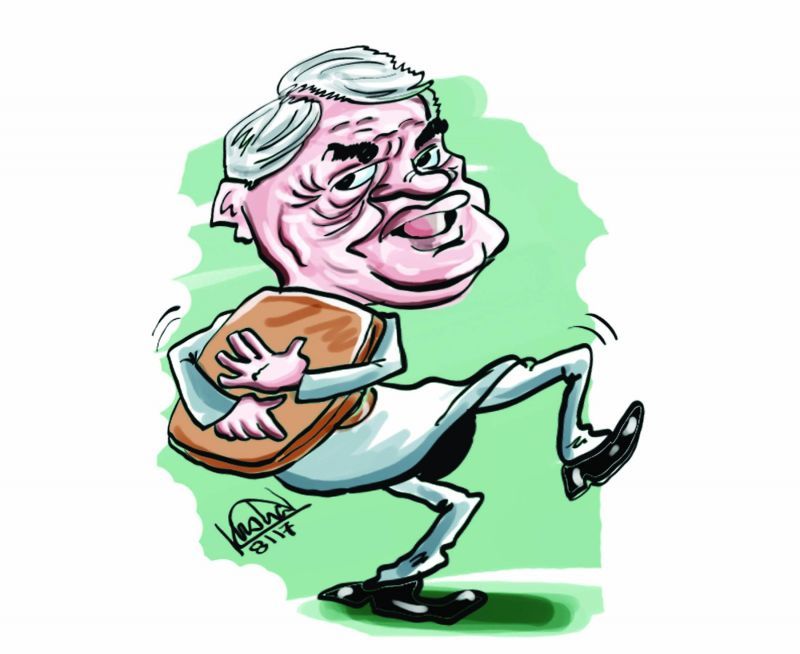 The octogenarian leader, who continues to sulk over losing his place in MP ministry for crossing the cut-off age of 75 years fixed by party to hold any office, has once again put the ruling BJP in an awkward situation by making a “tongue-in-cheek” comment while addressing a condolence meeting convened to pay tribute to late MP CM Sunderlal Patwa in Bhopal on January 4.

To drive his point home, Mr Gaur recounted how he was offered a “suitcase” by “a person” when he was urban development minister in Sunderlal Patwa government in MP in 1990-92.

“I had then taken the suitcase to the chief minister who had left it to me to decide whether I should keep it or return”, he recalled.

“Of course, I returned the suitcase”, he hastened to add, “not to leave any confusion” over the two-and-a-half-decade-old incident.

Mr Gaur’s “confession” that people in power were now demanding a “suitcase”, an analogy for payoffs, has provided an opportunity to the Opposition Congress in MP to dub the state BJP government as “corrupt”.

“There is a suit-boot government at the Centre and a suitcase-demanding government in MP,” Congress spokesman Pankaj Chaturvedi remarked, taking a cue from the anecdote.

“Since Mr Gaur chose to resurrect the ghost of the mystery suitcase two and a half decades later, he also should make it clear whether he had opened the suitcase offered to him then and if he had returned the ‘locked’ or an ‘open’ suitcase”, Mr Chaturvedi queried.

Mr Gaur is yet to respond!