Conversion: The next frontier for Modi govt?

The acceptance of democracy as a way of life implies that we have accepted that we hold certain rights to be inalienable. 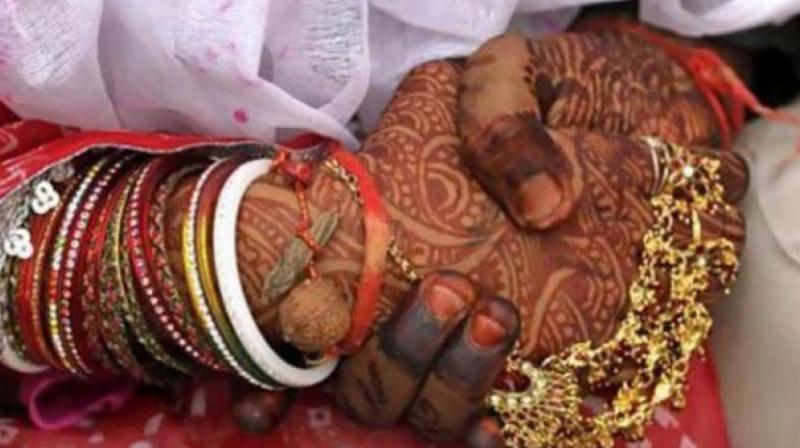 Both the State and our predominantly Hindu society have failed to provide to the majority of this country the elementary essentials of living and quite often even the elementary decencies due to all human beings.

Some years ago the late J. Jayalailthaa, then Tamil Nadu chief minister, passed an ordinance on religious conversions, making it subject to state approval. This came in the wake of conversions in Mennakshipuram and other places of dalits to Islam, and elsewhere to Christianity. The late Atal Behari Vajpayee was a strong votary of this but could not carry his government on it as some key ministers, including L.K. Advani, quietly but firmly opposed it as it infringed on basic liberties. But not surprisingly, sentiment within the Sangh Parivar was overwhelmingly for it and when the Tamil Nadu ordinance was promulgated, the RSS hailed it as a great achievement.

I expect this to be the Narendra Modi government’s next big initiative. Especially since the NRC has amounted to little except getting the poor and innocent entangled with the expensive process of proving their identity. And with Kashmir now a boiling pressure cooker with a clogged valve, and economic distress is another cause for political distress, we need another diversion. I expect a call for a debate on conversion soon, to set the fox into the chicken coop.

When Jayalalithaa issued the ordinance, not surprisingly many Christian and Muslim organisations moved heaven and earth to get it withdrawn. To all these people, religion was not just a matter about heaven and hell and who gets what, but about business. It is indeed unfortunate that religion and faith are no longer about goodness and decency, but that is not for discussion now. At stake is something much more important.

The acceptance of democracy as a way of life implies that we have accepted that we hold certain rights to be inalienable. The Indian Constitution therefore guarantees justice, liberty and equality. The rights emanating from these are considered fundamental to our being a free and democratic society. These fundamental rights, therefore, are inviolable in the sense that no law, ordinance, custom, usage or administrative order can ever abridge or take away any of them. The preamble elaborates liberty to be that of “thought, expression, belief, faith and worship”, leaving little room for ambiguity.

This very simply means that people are free to believe whatever they may want to, convert others to this belief and perform whatever rituals or ceremonies that are required by one’s faith. In even more simple words, people are free to be Christians, free to preach Christianity and convert to Christianity. Or do the same with Islam, Hinduism, Sikhism or Buddhism, and for that matter even Marxism, which now is no different than a religion with its own depleted philosophy and mythology. So what is there to debate about conversion?

It is another matter that religions as we know them to be practised are usually premised on irrational and primitive ideas. The psychologist James E. Alcock wrote: “We are magical beings in a scientific age. Notwithstanding all the remarkable achievements of our species in terms of understanding and harnessing nature, we are born to magical thoughts, and not to reason.” Now this relative absence of reason in religion very clearly gives us cause for a debate. Very clearly, the liberty of thought and conscience and the right to profess and practice one’s religion is not the issue. What can be the issue is our reticence to criticise religions, and subject their basic premises to scrutiny.

Perhaps our bloodied history and particularly the conflicts of the recent past have made us want to seek accommodation by mutual tolerance. This is understandable, and perhaps even commendable. Nonetheless, given the propensity of militant religionists to apply their doctrines to the political process and their constant endeavour to impose their views on others, not to challenge orthodox religiosity and fundamentalism, would be a gross dereliction of our responsibilities.

What we are in need of is not a debate on conversion, but a debate on the stuff our beliefs are made of. But this is not on our agenda and will not appear on it as long as we have the present dubious consensus on what has come to be called secularism. To be secular is to be a sceptic, and therefore rational and reasonable. Merely to be silent on the unreason wrapped in ritual and ceremony that passes off as religion, or even to be fearful of criticising these lest we provoke irrational rage and violence, is not secularism. It is the silence of the truly secular and rational that has allowed the religious fanatics of all hues to seize the high ground from which the battle for our minds is being directed.

The late Prime Minister Vajpayee had time and again called for a debate on conversion. But quite clearly this call for a debate on conversion did not envisage a debate of this nature. It did not seek truth and the light of enlightenment and liberation from superstition, fanaticism and ambitious intrigue. He was quite obviously not inspired by Milton’s lines from Areopagitica: “Let her and falsehood grapple; who ever knew Truth to put to the worse in a free and open encounter?” It was merely a call for a debate on the right of one section to propagate and convert the gullible to its set of beliefs, miracles and afterlife possibilities. This right is guaranteed by the Constitution, and so there is nothing to debate.

It still leaves the question of converting by inducements. Inducement here is to be taken in a very narrow sense. Since all of us are inevitably sinners and since no religion promises a more comfortable hell, the inducements have to necessarily relate to the immediate, and more often than not, material well-being. The criticism against Christian missionaries is that they dupe poor people into becoming Christians by giving them money.

There is more untruth to this than truth. More often it is housing, clothes, education and the care that comes with acceptance that are the inducements. The exchange of one set of primitive ideas with another set of not very different yet similarly primitive ideas is no big deal. Ordinary people, in general, can be very practical when it comes to matters pertaining to their well-being.

Both the State and our predominantly Hindu society have failed to provide to the majority of this country the elementary essentials of living and quite often even the elementary decencies due to all human beings. Added to this, our society has systematically discriminated against the weak and the oppressed.

Former President K.R. Narayanan had a point when he wanted to know from the government if no dalits or adivasis can be elevated to the Supreme Court? Now here is a subject still worthy of a debate. The call for a debate on conversion lends itself to expansion to include this. Just as it lends itself to a discussion as to why people are so easily willing to give up their traditional faith. Clearly, the systematic exclusion of a majority from their rightful role in the community and the continuing discrimination against them is a great subject for a debate. If the Hindu upper castes were to be civilised in their treatment of the lower castes, would they now seek to escape from the social tyranny of the so-called Hindu society?

Such an expanded debate could possibly shed light on why for most of the about to conclude millennium we were a conquered nation. It is now over a thousand years since Mohammed bin Kasim conquered Sindh. Thus paving the way for a succession of Arabs, Persians, Turks, Uzbeks, Mongols, Portuguese, French and English to invade and rule parts, if not all, of this country. In the process we even became the only nation to be conquered by a private commercial enterprise — the East India Company. How much lower than that can you get? Our thousand years of shame quite clearly calls for a debate that we have never had.

Such a debate will almost certainly focus on the failures of Hindu elites to defend the nation, to unite the country and harness its great resources. It is not very different even now. The lessons of history are yet to be learnt. And so, we will continue to debate trivia.