If no 2G scam, where’s the anti-graft plank?

The case was sensationalised after the CAG said that the swindle had caused losses of up to Rs 1.76 lakh crores to the exchequer. 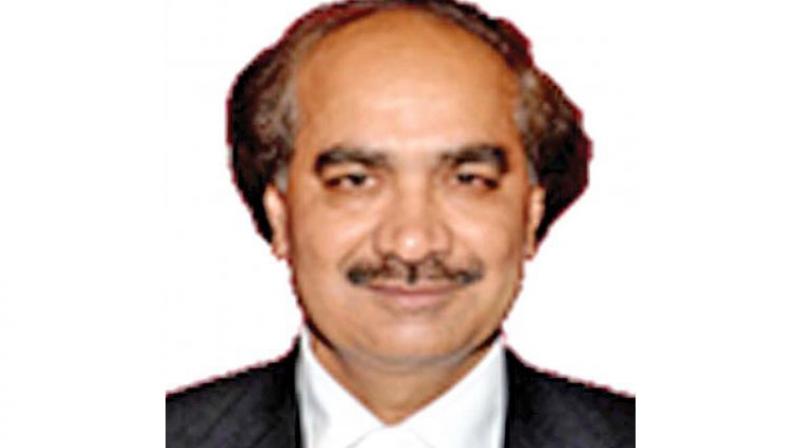 Special judge O.P. Saini, who presided over the hearing actually scheduled to pass the order on the framing of charges, deferred it to February 2017.

In school, I had to memorise Julius Caesar and I got pretty good at it. The one quote that has always stood out for its perfection in an imperfect world is when Cassius appeals to Brutus to stop the powerful Julius Caesar. The plot to kill Caesar is predicated on these two lines — “The fault, dear Brutus, is not in our stars, but in ourselves, that we are underlings”. This comment unleashes a chain of events, which results in Roman noblemen collectively assassinating Caesar. The morning that Judge O.P. Saini gave his long-awaited and oft-postponed verdict in the 2G spectrum case, these two lines reverberated in my mind. Having covered the scam and written several stories on it, I was stunned, simply because mala fide had already been established by the Supreme Court in a seminal judgment five years ago.

Criminality could not be established by the CBI in the seven years that it worked on the case! And as Judge Saini himself stated: “I waited seven years for evidence to roll in, and none came.” I could only describe it as a tease. And even as one waited for the CBI to file a review petition challenging the verdict, news flowed in last week that the public prosecutor in the 2G case — Anand Grover — told the Supreme Court that the CBI had not followed his recommendation to challenge a 2015 special court order acquitting all the accused in the excess spectrum case.

Three times in a row, the CBI has egg on its face — first when everyone got away scot-free in the Aircel-Maxis case, second when the Allahabad high court overturned the CBI trial court verdict in the Aarushi murder case and now the 2G case. All this doesn’t say much about India’s premier investigative agency. Further, in the Aircel-Maxis case, as in 2G, another probe agency — the ED, got it completely wrong. In February last year, the Patiala House court acquitted former communications minister Dayanidhi Maran and his brother Kalanithi Maran and others in the Aircel-Maxis deal case filed by the CBI. Special judge O.P. Saini, who presided over the hearing actually scheduled to pass the order on the framing of charges, deferred it to February 2017. The ED had alleged a scam of over Rs 700 crores.

If one were to do a quick touch point analysis between the 2012 Supreme Court ruling which struck down the licences as arbitrary and illegal and Mr Saini’s acquittal, some pertinent points are raised:

Excerpts from the judgment delivered by the Supreme Court Justices G.S. Singhvi and A.K. Ganguly during 2012 cancelling the licences allotted by A. Raja on a “first come-first served” basis:

Excerpts from judgment delivered by the CBI special trial court judge O.P. Saini on December 21, 2017 acquitting A. Raja and others:

* Judge Saini stated that the “prosecution has failed to prove the case miserably”. He holds that the chargesheet of the instant case is based mainly on “misreading, selective reading, non-reading and out of context reading of the official record”.

Positions as opposite as the north and south pole surely. Phantasmagoric chimera. The case falls off the cliff when it comes to establishing criminality. Truth be told, the same special judge, O.P. Saini, on November 4, 2011, while framing charges against A. Raja in a 29-page outline of the conspiracy stated several things. The sentence began on Page 2 and went on and on like a monologue, with a full stop only on Page 30. It explained the charge of conspiracy against Raja and others. There were 12 other charges, each one of them set in a single sentence. They were set out in just five pages. In the same case in November 2011, Mr Saini had (when everyone expected him to grant bail to Kanimozhi, the daughter of DMK supremo M. Karunanidhi), shocked everyone by dismissing the plea. The bail plea was on the grounds that Ms Kanimozhi was a woman and had been in jail for several months already. But Mr Saini argued that she was an influential politician and he could not risk witnesses getting intimidated if she was released.

Significantly, in late October 2011, the same judge had given us a peep into what would come six years later. The special court did not charge former communications minister A. Raja and former telecom secretary Siddarth Behura with causing a loss to the exchequer by selling mobile licences below market rates in 2008, marking a major shift in the trajectory of the case. Judge O.P. Saini, in his 500-page order, remained silent on the alleged losses to the exchequer and instead shifted the primacy of the case to “criminal breach of trust and cheating”, which if proved, could lead to life imprisonment. “A bare look at the Section 13(1)(d) of the Prevention of Corruption Act makes it clear loss to the state exchequer is not a necessary condition for the prosecution of accused persons for these offences,” Judge O.P. Saini’s order said. His order further said that “loss or quantification of loss in exact terms was not the essential requirement of offence of criminal conspiracy to cheat or to commit criminal misconduct”.

The order also added that it “may not be possible to determine (the loss)” or “to say that any pecuniary loss has been caused to the state exchequer, though it may be apparent that undue pecuniary advantage has been gained by a public servant or private person due to misuse of office or due to corrupt or illegal means”. The principal focus of the 2G scandal, associated with large-scale loot of state-owned natural resources in the public perception, was that Mr Raja and other public servants caused huge losses to the exchequer by awarding mobile licences to ineligible firms at throwaway rates without using a market discovery mechanism. The case was sensationalised after the CAG said that the swindle had caused losses of up to Rs 1.76 lakh crores to the exchequer. The media then hotwired it. The CBI, in its chargesheet filed earlier, had stated that the loss to the exchequer was Rs 30,000 crores. The CAG’s assumptions on numbers can be questioned for different models were used for these calculations and the end figure could have been over the top, but no one can deny the jiggery pokery that Mr Raja and gang indulged in by repeatedly changing the goalposts.

Just like no one killed Jessica or Aarushi, no scam occurred in the 2G spectrum case. Justice may have been denied, more so if the sum of political arithmetic in the South has to be arrived at. But the BJP’s main plank of large-scale corruption by the UPA is coming unstuck. After all, we are all underlings.