When hate wins, everybody loses

The days of simply being a Hindu are over, now you must be a “proud Hindu” — or face consequences. 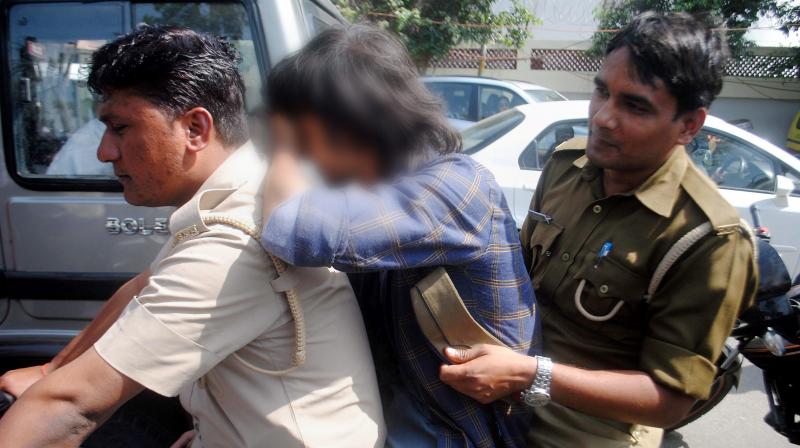 Rabindranath Tagore’s 156th birth anniversary was earlier this week. And these lines from his poem Durbhaga Desh (Unfortunate country) have been echoing in my head. “Oh my unfortunate country,” Tagore warned, “when you deny some citizens their basic human rights, you disgrace yourself as much as you wish to disgrace them...” We have failed to heed his warning.

Instead, we — after so many years of freedom, education, progress, international success and globalisation, with so much brilliance and wisdom — still love blatantly brandishing inequalities. Who is this “we”, you ask? We the privileged, of course. The underprivileged are hardly part of any dialogue.

Look at me, see how I flaunt money. Can’t afford it, can you? You are way down below in the pecking order, you little lump of nothingness, just stay there quietly and salute us from afar. We’ll let you know if we need your services. No, no, stay! Don’t even attempt to come up here.

We are so worried about losing power that we spend most of our waking life honing our hating skills. That’s the only way to keep them — those we have marked out as the ugly other — in check. We must deny them rights and privileges. We must hate everything they do and must believe that we have a right to trample them underfoot because that’s what we have done all these years, and that is the only way to keep them down there, which is our tradition and we must not let our forefathers down.

When we have worked out the mechanism of hating people within our own community we must turn our attention to hating people of other religious communities. The statistically insignificant are worthy merely of our scorn, the hatred we reserve for those with a little more presence. What if they grow and grow and become as big as us? So we must spread stories about how they hate us, these dirty traitors, these perilous people trying to destroy us all. We must keep our children away from them, and our women. Specially our women. The hateful traitors must not be allowed to contaminate our property.

Because we are proud Hindus. The days of simply being a Hindu are over, now you must be a “proud Hindu” — or face consequences. Anyway, as I was saying, we must protect our land and property. It would be best of course if we could simply cleanse our country of these dreadful non-Hindus — pack them off somewhere perhaps? Because we are, after all, members of a “peaceful” and “tolerant” religion.

Take the posters that sprung up recently in Jianagla village near Bareilly, Uttar Pradesh, ordering Muslims to leave the village immediately. They were threatened with dire consequences if they did not. We also have anti-Romeo squads in UP to keep Muslims and their “love jihad” away from our gullible girls.

We proud Hindus kill Muslims only when provoked — like when we see a Muslim with a cow, for the cow is our mother and we must protect her. So in Rajasthan we lynch farmer Pehlu Khan as he takes home a cow he has just bought. In Jharkhand we thrash and hang to death cattle trader Mazlum Ansari and his neighbour Imteyaz Khan, a child of 13.

But it’s not just Muslims that we protect our cows from — we keep them safe from dalits too. We even save dead cows from dalits, who have a nasty habit of skinning dead cows. If we catch them at it, we beat them black and blue.

Of late dalits have become too bold, too unruly. We need to work harder at keeping them in check. Just look at some examples from last week.

In UP’s Saharanpur, dalits had the audacity to ask the upper caste youth, who were taking out a boisterous procession, to turn down the loud music as they passed the local Ravidas temple. Naturally there was a fight. And in the snowballing violence an upper caste person died and 25 dalit homes were set ablaze, and everything in them, particularly their food, meticulously destroyed.

In Chhatarpur of Madhya Pradesh, young Prakash Bansal was on his way to his wedding, riding in a decorated car. But Bansal was a dalit — how dare he try to behave like an upper caste groom? So upper caste goons forced him out of the car and thrashed him and his family. Meanwhile in Udaipur, Rajasthan, a dalit groom Champalal Meghwal and his family were attacked by upper caste men who objected to the bridegroom’s celebratory procession. A few days earlier, Kailash Meghwa, another dalit groom from Udaipur, had been badly attacked by upper caste men for daring to ride a horse to his wedding.

Around the same time, dalits of MP’s Maada village were paying dearly for Chander Meghwal’s celebration of his daughter Mamata’s wedding. Meghwal had taken police protection to keep the upper caste villagers at bay. So the groom came riding a bike, accompanied by a musical band, and they used the main road of the village — none of which is allowed for dalits. After the wedding was over dalits found that their well had been poisoned with kerosene. About 500 dalits were dependent on that well, and for days on end the dalit women of the village had to fetch water from far away.

We have honed our hatred to perfection, haven’t we? We fear transgression. And any attempt by a dalit to seek a better life is a transgression. Dalits must have their markers — like the spittoon they once carried around their necks — to identify them as the wretched of our earth. They must not touch our cultural symbols of well-being, for then they take away our power to lord over them.

And we fear equality. We fear an even-playing field. In short, we fear democracy.