To their credit, some of the serious sections of the Indian print media came to her rescue, pointing out this was fiction. 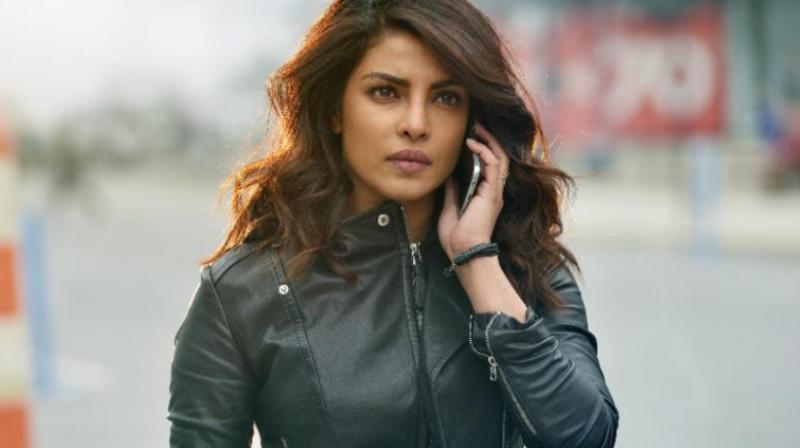 The winds of hyper-nationalism are blowing across many parts of the world, but some of its funniestmanifestations are reserved for our subcontinent.

The latest subject of the Indian hyper-nationalists’ fury is Indian film star Priyanka Chopra, who is playing the lead role in the US TV series Quantico. In the latest series, Alex, the character played by Ms Chopra, is part of a “black ops” team that works on US soil to thwart plots against the US.

Now you’d be wondering what here would incur the wrath of the hyper-nationalists. In the most recent episode, a New York professor at Hudson University disappears with weaponised uranium.

It is soon established that a group of “Pakistani Muslim” terrorists have taken the husband and the diabetic son of the professor hostage and are forcing her to connect the uranium to a trigger with the aim of targeting a Pakistan-India peace summit over Kashmir in Manhattan.

Of course, before any harm is done the “black ops” team raids the hideout of the terrorists and shoots all of them. Alex examines one of the dead terrorist’s corpse for clues. And this is where she creates trouble for herself. She rises to her feet and says: “Rudrakhsha Mala. The last thing you’d find on a Pakistani Muslim… false flag operation… Indian nationalists trying to trap Pakistan with a mushroom cloud. The episode ends after a sniper takes out all the bad guys, including the head of the Indian intel team who, it turns out, had no faith in his own government’s peace efforts and was leading the false flag operation.

In the final moments, the lone, injured terrorist who escapes with the weapon is cornered with the trigger in his hand by Alex and shot when he tries to press the button to unleash a mushroom cloud.

This was enough for hyper-nationalist Indians to take to the social media and attack Ms Chopra and raise questions about her patriotism. To their credit, some of the serious sections of the Indian print media came to her rescue, pointing out this was fiction.

A piece in the Wire also said that nowhere in the series is she presented as an Indian.

I found all this frothing-at-the-mouth condemnation of Priyanka Chopra very funny to be honest as the fiction in the series has hardly any plausible element. It is fiction that often goes into over-the-top, utter-fantasy mode.

But, I guess, this hullabaloo over a few sentences delivered by an actor in a work of fiction demonstrates how insecure this hyper-nationalism has made so many of us. If you can’t tolerate even fiction, God help you when reality confronts you one of these days whatever it may be.

And please before some of you get upset, these thoughts are not about Indian hyper-nationalists exclusively. Wait till the episode is watched by their counterparts on our side of the border. I wish I could say with assurance their reaction would be different on what it said about Pakistan.

Also whilst the rogue Indian agents all appear in well-tailored suits, members of the Pakistani security delegation are attired in such sloppy uniforms that they look no more than caricatures of themselves. This took away any sense of reality.

Now either I cry blue murder at this or shake my head and look at it as a work of fiction designed to entertain and not offend. If I am seriously offended by the content nobody is holding a gun to my head to watch. I can always choose something more suited to my taste and sensibilities.

But we find it impossible to switch channels or just not read or hear what offends us. We have to be outraged and in a manner where someone’s patriotism and integrity is questioned at the drop of a hat. This, even if they were merely being a professional and doing their job.

The world we live in. Sigh.