They say age is just a number, but many middle-aged people face ageism and sexism at work and in social settings… 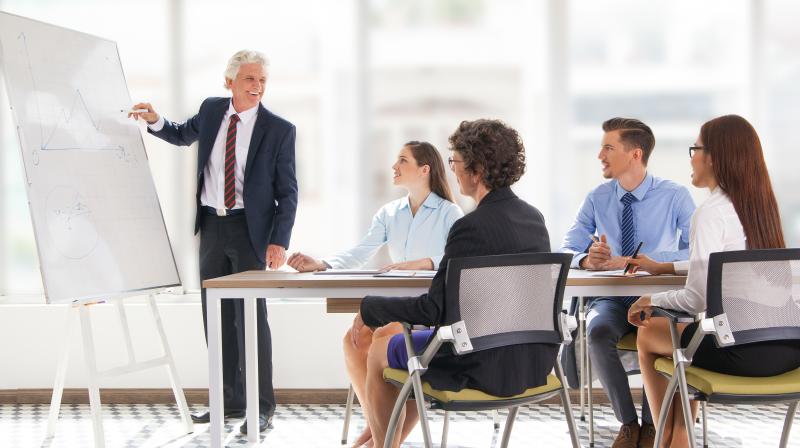 They say "Life begins at 40" but unfortunately for many people ageism or discrimination due to age starts at 40.

According to several studies, women start facing it at 40 and men 45. It is no secret that India is ageing much faster than previously thought.

The government recently stated in Parliament that India will have 34 crore people above 60 years of age by 2050 (more than the total population of the US). The UN claims the figure will be higher.

So what happens to a maturing workforce in an era of ageism, sexism and redundancy?

Although careers of many employees peak in their 40s and 50s, many are targeted in the redundancy list. There is a common perception that middle-aged employees are complacent, more expensive than youngsters, have health issues and remain absent.

However, with shortage of talent, experienced labour force and committed employees, attitudes towards ageism are changing. Today, many companies are taking a relook at their recruitment policies and trying to have an age-diverse workforce.

Dibeyendu Ganguly, a former journalist from a leading business newspaper feels that corporates have become more aware of ageism as an “ism”. He remembers the time when he first wrote on the subject in the 90s, most people were clueless.

“Even the director of IIMA, who was a professor of organisational behaviour, wasn't familiar with the term. Those days it was common for companies to put out recruitment ads that specified age.

Some would say: “Those over 40 need not apply,” says Ganguly, who retired last year but still leads a very active social life. He adds that today the prejudice may remain subconsciously, but at least it is no longer politically correct to advertise: “40+ candidates please excuse.”

A recent research by the Harvard Business Review claims that diversity is the key to unlock innovation in a business.

Indu Rao, a renowned behavioural science therapist, who has facilitated programmes for several companies and employees in the last 40 years, says that companies need to tap the opportunities of an ageing workforce.

“Many organisations lay off people once they turn 45 as a cost-cutting exercise. The focus is on making profit.

The older employees become redundant. Often older people themselves also don't value what they bring to the table,” Rao says. She adds that to keep a fair balance of age-diversity, a company should have integration sessions, which allow both, the younger and older employees to sit together and understand their strengths and talents.

According to CIPD, a professional association for human resource management professionals, age discrimination occurs when someone is unfairly treated for reasons relating to their age, which cannot be objectively justified.

It is interesting to note Asian cultures generally respect age and this finds expression in organisations as well. “Promotions today are no longer based on seniority as before. You often see younger candidates promoted over older ones.

Companies have taken the Peter Principle to heart and separated pay hikes from promotions. Those who have a talent for managing people are promoted to team leaders. The challenge before companies is to make this work,” Ganguly explains.

They say 'work is worship' and active people are always happy people. Also, there is a plethora of evidence that suggests that a diverse workforce (age, gender, sexuality, economic strata etc) makes for a more healthy and productive workplace.

Kanishka Acharya, a serial entrepreneur, feels that ageism in today's world at workplaces is more due to the demographic divide.

“Twenty years ago we were looking at the youth demographic dividend in the world. That generation has moved into the workforce, therefore it's natural that they form a larger part of the workforce,” he says.

Many organisations seem to veer towards finding it high on cost to retain older experienced management staff. “The younger employees come with different values at different times. Their loyalties are different. Many get bored soon and switch jobs for financial securities and their attention is different,” Rao says.

She cites an example of how two large organisations took over smaller ones and many senior management staff over 45 years of age became redundant. “They were replaced by people in the 30s with cheaper salaries. It felt like experience was of no value.” This was 15 years ago when young tech savvy employees were celebrated for knowing how to work individually on computers.

Rao feels that organisations and society can strike a balance to be happy if all sections are respected. Ageism has always existed. We need to embrace each other and take the best that we can offer. “Inclusion, respect, sensitivity and acknowledgement of each other's talents helps to build a better organisation,” says Rao.

The balance between the innovative spirit and energy of the youth at the workplace combined with the experience and wisdom of the middle-aged is the perfect combination.

“In today's result-oriented work environment, results delivery is a far greater value than the age group that delivered it. Yes, we need to be age positive but focus more on the value that all generations bring to the workforce,” Acharya says.

Ageism is not confined only to the business world. It is prevalent in the entertainment industry as well. Recently, actor-producer Dia Mirza (36) told IANS that she is perceived to be at an awkward age in showbiz.

It's an age conundrum. And the prejudice doesn't end there. It has crept into our social spaces as well with sexist comments.

While a sexy Jennifer Lopez (50) who “looks like this” and “dances like that” gave a stunning performance at the Super Bowl halftime show, there were many insta-warriors who labelled the 50-year-old artiste's pole performance as “trashy”, “badass”, “unsuitable for her age”.

If anyone understands the lethal mix of ageism and sexism that's used to demean ageing women, it is Madonna. The life of 60-year-old Madonna Louise Ciccone, the queen of pop, would have ended in ignoble solitude and inglorious obscurity, had she not defied societal norms and lived life on her own terms.

To mark her 60th birthday, she came out with her new album Madame X. Madonna shimmied and crooned with 25-year-old Columbian hunk Maluma.

Their duet Medellin topped the charts. There were many trolls telling her, “time to retire grandma”, “go away whore”, “FO fag hag”. But the “sexual provocateur” makes it a point to prove her critics wrong and hits back with a bang on stage and the charts!

But why are people quick to say uncharitable things about a mature workforce, they surely have experience and a good body of work on their side? Acharya, who has run several corporations in India and abroad, says that age is not an issue. It is the spirit, which comes from a social environment.

In India the retirement age was pegged at 58 in the 1950s mainly because we needed to provide employment for a huge generation of young Indians.

“But that didn't mean one was any less productive at 58 or even 68. I personally feel that there's a great deal of experience, value and vision that seniors bring and they can be hugely productive till 70's if they choose to,” he says.

Across the world, multinationals and HR teams are working towards embracing a diverse culture. We will address the issue of loss of relevance amongst the ageing if we understand the huge value they bring.

It will also reduce age related depression, social isolation etc which will be the next big challenge that we will face globally.

Lastly, the matrix has indeed shifted. It is true that the 60s is the new 40s. “People are living longer and medical science has advanced to the level that we may be living till 90 or 100, which will be the new normal. Therefore what debate on ageism is tenable in light of these shifts,” Acharya says.