Science, in its attempt to explore the farthest reaches of space, is looking for answers to the origin of creation. 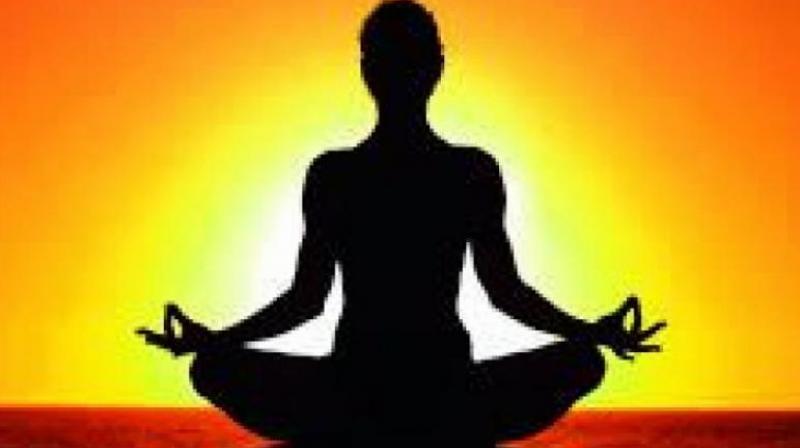 Meditation is the process by which we withdraw our attention from the world outside and our body and concentrate it at a point between and behind the two eyebrows.

If we examine the ideas that occupy the impossible dreams of humanity today, we will gain insight into what may become possibilities of tomorrow. With technological and scientific know-how advancing at a dizzying rate, the future is closer than we think.

Science, in its attempt to explore the farthest reaches of space, is looking for answers to the origin of creation. In their quest, they inevitably have had to cross the barriers of science and enter a realm previously reserved for only mystics, philosophers and enlightened saints. Scientists have accepted the limitations of current scientific tools in helping them reach back in time to understand what happened before the theoretical Big Bang that set our universe in motion. Many physicists have turned to the East to explore the possibilities of realms of existence beyond the physical universe. A look at New Age physics reveals a generation of scientists who are exploring the possibility that there really are universes existing concurrently with ours.

While these ideas may seem far-fetched to hard-core sceptics, increasing numbers of people have opened their minds to the possibility that there is more going on in creation than what meets the physical eye.

History has proven that the visionary thinking of scientists and thinkers of the past, which were scoffed at by their contemporaries, have come to pass. Hundreds of years ago, when Leonardo da Vinci sketched his ideas for a flying machine, people thought it was more a “flight of his imagination” than anything else. When the movie moguls of the first half of this century produced epics of spaceships travelling at supersonic speeds, it was labelled as science fiction.

When early dreamers designed machine that could “think” for human beings, they were considered as visions of a future that might or might not be possible. Yet today we see that airplanes, spaceships, and computers are no longer science fiction, but science fact.

Modern humanity at large has learnt the lesson that anything is possible. While science is delving into what happens after this life, there is another field of science also being researched which is investigating whether higher regions of existence can be tapped during this current lifetime. Through the science of spirituality people are actively engaged in exploring other realms of existence.

Spiritual teachers, saints and mystics have developed a technique by which one can transcend the physical limitations of this universe to discover higher realms of consciousness. When they refer to higher realms of consciousness they are not referring to brain wave states of alpha, beta or theta; they are not referring to altered states of consciousness which can be induced by mind-altering drugs; they are referring to actual places and regions to which we can travel by transcending this restricted physical plane through a process known as meditation on the inner light and sound. Through meditation, one can explore higher planes and verify the truth of their existence for ourselves.

Meditation is the process by which we withdraw our attention from the world outside and our body and concentrate it at a point between and behind the two eyebrows. By focusing our attention there, we come in contact with a current of light and sound which will lead us from our physical consciousness into higher consciousness, into the beyond.

The light and sound is the creative power that brought all the various regions into existence. It created the physical universe, earth, human beings and all other forms of life. This power of God which flows out from God also returns to Him. When the soul is withdrawn to a point known as the seat of the soul, it can then travel on the light and sound through the higher planes, back to its source, in the purely spiritual realm. The process by which the soul is brought into contact with the current of light and sound reverberating within us is called meditation.